Eckburg: Video games are a different experience for female players 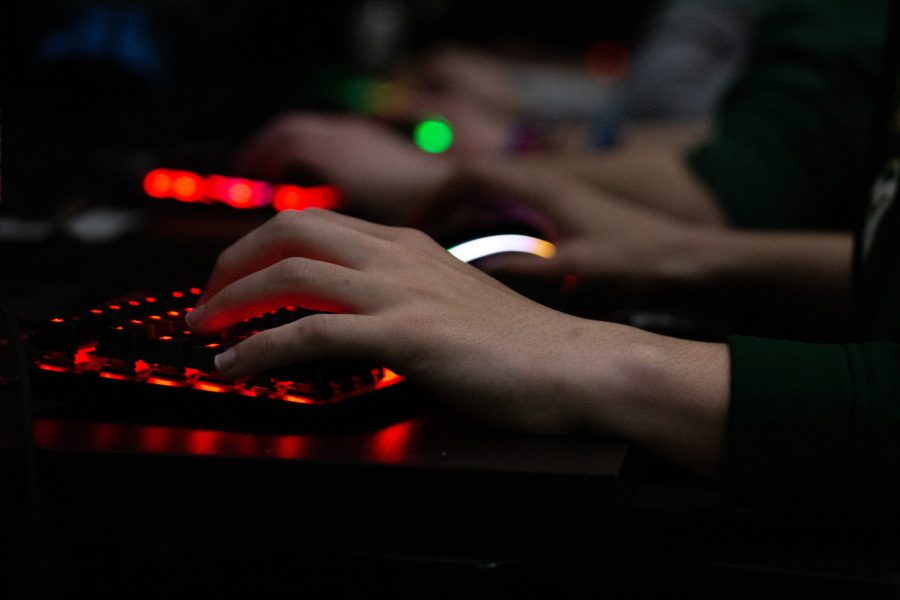 During the last few decades, video games have become more advanced, addictive and drastically gendered. This revolutionary technological shift has created a space for players to communicate and engage in gameplay online as well as cultivate a community of people who share a love for strategy and technology. However, it has also led to the normalization of behaviors like degrading and attacking non-male players, specifically female-identifying players.

According to the Pew Research Center in 2015, 84% of teen boys reported playing video games (on any console), which is telling of the influence that video games now have on teen boys and what they perceive as normal.”

Women are often portrayed as unrealistic, passive, hypersexual caricatures in video games, which directly impacts the way male gamers interact with and perceive women. This ‘weak’ and sexualized portrayal of women has been seen in media for decades, but the availability of instant communication online has bred this issue into something more widespread and accessible to young audiences.

Call of Duty, a first person shooter game, has amassed over 110 million monthly players and is infamous for its aggressive and toxic gaming environment within its in-game chat, which can be heard through a player’s headphones in real time throughout the game and in between rounds.

According to the Pew Research Center in 2015, 84% of teen boys reported playing video games (on any console), which is telling of the influence that video games now have on teen boys and what they perceive as normal.

The Pew Research Center also found that 70% of college students reported playing video games “at least once in a while” and around 65% of college students reported being occasional or regular gamers. Many college-aged gamers have grown up alongside this revolutionary shift in entertainment, and although there are many benefits coming from the gaming industry, there is also the issue of having negative language about women being normalized in both the real and online world.

Although Call of Duty has allowed fellow COD lovers to communicate, interact and learn from one another’s gaming styles, it has also created an incredibly hostile environment for non-male gamers due to the normalization of sexist language.

The use of this derogatory language during gameplay normalizes speaking about and perceiving women as sex objects or needing to be ‘rescued’ by a man in order to live a fulfilling life, which can lead to misplaced aggression and misogyny manifesting in real-world interactions.

An extreme example of this normalization translating into nonvirtual interactions can be seen in the growing incel community, which consists mainly of heterosexual men who meet in online support groups to discuss their feelings of inadequacy and rejection in the context of sex and relationships.

What originally started with good intentions quickly devolved into something extremely toxic, sexist and aggressive, and the incel community has aligned itself with male supremacy groups and other groups aligned with anti-female ideologies — blaming women for their own displeasure and feelings of sexual/romantic inadequacy (and refusing to recognize that their problem with women is likely stemming from their aggressive, misogynistic behavior).

As the gaming community and industry grows, companies need to grow alongside them.

As Generation Z further accepts varying gender identities and encourages gender discussion, many gaming franchises have made changes in order to allow for a less toxic environment to be cultivated.

The COD franchise has made attempts to add more representation for those who identify as female or nonbinary, an example of which occurred in August of this year when COD added the option to choose one’s avatar’s gender, which now includes a gender ‘classified’ option, where one’s avatar will be referred to using they/them pronouns during gameplay.

The gaming community creates a channel of entertainment that is incredibly unique, engaging and allows for friendly competition and communication to occur on a diverse platform. Unfortunately, there are also aggressive players in this community who continuously use derogatory language and abuse the availability for instant communication in order to bully others while remaining anonymous.

High-stress video games do have many positive cognitive outcomes, such as increased spatial attention, ability to multitask and reduced impulsiveness. However, when already aggressive individuals are exposed to these games and given the option to speak while remaining anonymous, a problem arises and needs to be properly addressed.

As the gaming community and industry grows, companies need to grow alongside them. The COD franchise is making attempts to become more inclusive to its non-male audience, but there is still more to be done to allow for the toxic environment that exists on the platform to be replaced by a well-rounded sense of community — one where all players, regardless of their gender identity, feel comfortable engaging in gameplay and utilizing the in-game chat.

The gaming community is one full of individuals who love to strategize and learn from their gaming peers and is incredibly influential, especially in the lives of teenage boys. This influence needs to be fully recognized and monitored to ensure that the wrong message is not being broadcast.