Eckburg: ‘Call Her Daddy’ isn’t the feminist talk show you think it is 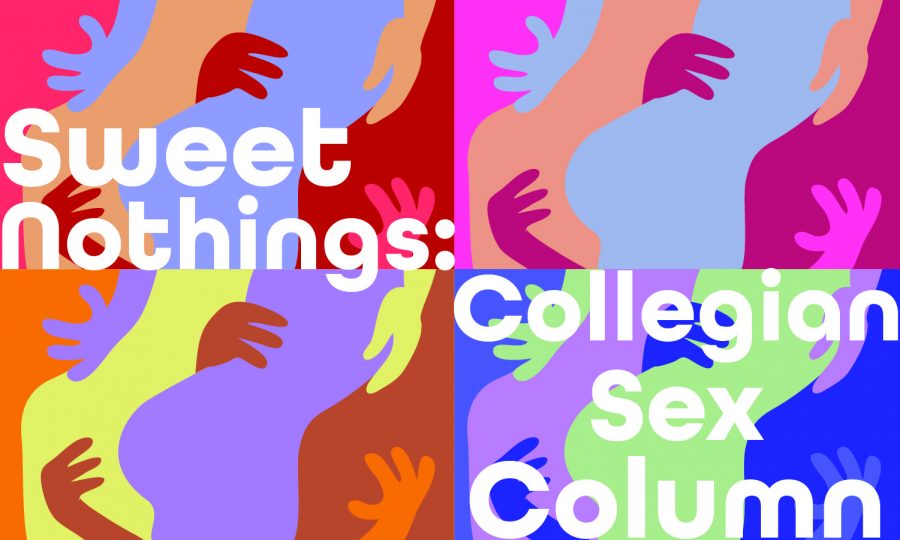 “Call Her Daddy” is a podcast and an affiliate of Barstool Sports, hosted originally by Alexandra Cooper and Sofia Franklyn, although Franklyn has since distanced herself from the podcast and Barstool Sports as a whole following a very public battle with co-host Cooper.

Under the guise of a raunchy relationship and sex podcast, “Call Her Daddy” promotes toxic behaviors and normalizes the use of negative and degrading language regarding women and their sexual experiences. “Call Her Daddy” needs to stop talking about women the way men think they can talk about women.

As “Call Her Daddy” continues, it should be marketed solely as a comedy podcast, not as a relationship podcast giving healthy advice. Barstool Sports is the platform the podcast is on, and in two months, “Call Her Daddy” rose from 12,000 downloads to two million. This affiliation with Barstool is one that directs “Call Her Daddy” to college-aged audiences and also directs those ideals that portray women and sex in a toxic way.

Having multiple partners and/or being involved in adventurous sexual experiences is nothing to feel shame about. Exploring your sexuality, body and boundaries is important to your growth as a well-rounded individual, regardless of how you go about that exploration — alone or with one or more partners.

Occasionally, ‘Call Her Daddy’ makes some accurate points. However, these accurate points are often overshadowed by all of the hosts’ chaotic and sexist comments about women.”

My issue lies in the language used regarding women and sex throughout “Call Her Daddy” and the repeated encouragements to engage in toxic behaviors like gaslighting your partner if you were caught cheating, knowing your ‘rank’ as a woman on a scale from 1-10 and performing sexually to make up for being a ‘low score.’ It’s one thing to have multiple partners and explore your sexuality, but it’s another thing to use sex as a way to hold power over those around you and to feel as though you need to use sex to be liked because you’re a ‘low rank.’

The fact that “Call Her Daddy” includes a lot of negative talk about being a woman and sexist humor is not surprising, due to the fact that it is an affiliate of Barstool Sports, founded by Dave Portnoy, a known misogynist and racist. In a blog post, he stated, “Just to make friends with the feminists, I’d like to reiterate that we don’t condone rape of any kind at our Blackout Parties in mid-January. However, if a chick passes out, that’s a grey area.”

“Call Her Daddy” is a product of the intense, misogynistic environment that is Barstool Sports. As women, we need to recognize that we should not engage with content that promotes dangerous and damaging ideas about sex and speaking negatively about other women.

Occasionally, “Call Her Daddy” makes some accurate points. However, these accurate points are often overshadowed by all of the host’s chaotic and sexist comments about women.

Cooper stated in episode 87, “PSA: He Doesn’t Like You,” “The person that cares least in the relationship holds the power. … Women avoid the f*cking facts in front of them, and the reason I think a lot of us do it is because … we’re thinking like women. … And I kind of want to retrain (the listener’s) brain right now. … Men hate, hate, hate … when women are emotional. … Don’t even let him see you f*cking sweating. I promise you, girls, this is part of the game that I play, and it works every f*cking time.”

Yes, there is an obvious power dynamic that exists within how our society views sex; men are praised for having multiple partners while women are shamed for the same behavior. Where Cooper is attempting to discuss being confident enough with yourself to not need to check in with someone you’re interested in for validation at all times, she comes across as othering herself from other women and shaming them for stereotypically feminine behaviors, like being emotional.

Moving forward, listeners should make it a point to take all advice given by the podcast with a grain of salt. If you can withstand all of the misogyny and chaotic behavior, props to you, and maybe you can grab onto the small bits of good advice and apply them to your life.

As young women, we need to be critical of advice given about our bodies and sexual experiences, especially when that advice is being given to us by a male-dominated company and platform known for being controversial on several levels. We deserve to have a space to discuss sex and relationships free of male opinions.