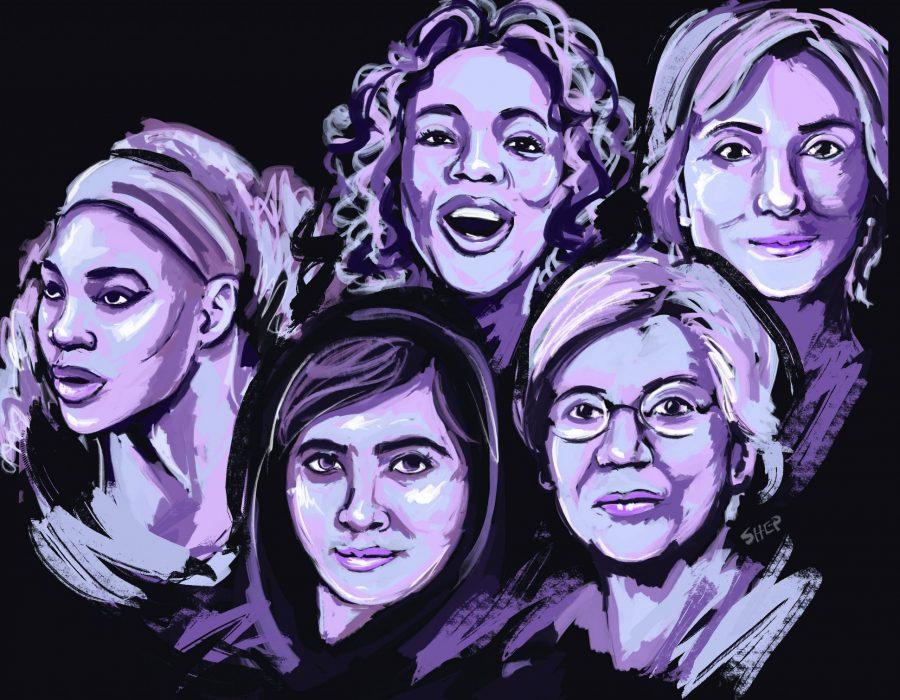 This year’s election marks the end of a political contest season like no other. With the COVID-19 pandemic, the death of George Floyd and a subsequent national discourse on the role of police in society and now wildfires raging across the western United States, it seems like there has been breaking news every day, even without the election.

News organizations, therefore, have an obligation to report on these concurrent issues in addition to delivering informational coverage to voters in such an important election year.

How national news portrays candidates highlights their differences, particularly in regard to gender. It is important for us, as students who are just beginning to vote, to recognize how gender is involved in media coverage.

By her own admission, 2016 Democratic presidential candidate Hillary Clinton remarked in her book “What Happened” on how the media’s coverage of her differed from opponent Donald Trump: “None of Donald Trump’s scandals … generated the kind of sustained, campaign-defining coverage my emails did.”

Clinton’s emails were infamously a large topic of debate when The New York Times revealed that, during her time as Secretary of State, she used a private email server for electronic communication rather than a government-managed email server.

News coverage, particularly from The New York Times, which broke the news in 2015, emphasized that “her expansive use of the private account was alarming to current and former National Archives and Records Administration officials and government watchdogs, who called it a serious breach.”

The extensive, seemingly overzealous coverage of Clinton’s emails signifies the pervasive sexism inherent in the 2016 election. According to a study reported by the Columbia Journalism Review, which compared Clinton and Trump scandal coverage by national news outlets, “The various Clinton-related email scandals … accounted for more sentences than all of Trump’s scandals combined.”

As Thomas Patterson, Bradlee Professor of Government and the Press at Harvard University notes, “Were the allegations surrounding Clinton of the same order of magnitude as those surrounding Trump? It’s a question that political reporters made no serious effort to answer during the 2016 campaign.”

“Media sexism is a pervasive trend that continues to impact how women are represented in politics and positions of leadership.”

As the first female presidential nominee of the Democratic Party, and of a major U.S. party in general, Clinton was under a unique scrutiny that no other woman has faced in national politics before.

Although presidential election coverage has become more personalized over the past 12 years, with a low amount of time spent on policy issues, media’s focus on controversies extends past sensationalism and into sexism.

“It was Clinton, not Trump, who was more often the target of negative coverage,” according to a study by Harvard Kennedy School’s Shorenstein Center on Media, Politics and Public Policy. In fact, 62% of the coverage of her candidacy was negative, in comparison to 56% of Trump’s coverage.

This gender gap in media portrayals of Clinton almost certainly influenced voters. With a large amount of coverage centered around a negative portrayal, Clinton’s personality and political persona were under increased scrutiny.

As a prominent political figure for around 20 years, Clinton’s experience in politics shaped the way she responded to the media. Clinton herself noted that she tends to be perceived as “aloof” or “unemotional,” but being in the public eye from a young age she had “to learn … to control (her) emotions.”

Media portrayals of Clinton reflect a culture of sexism that scrutinizes women in politics — which had a significant impact on how voters, particularly women, voted in 2016. According to Pew Research Center, “Women were 13 percentage points more likely than men to have voted for Clinton.” Though 61% of voters who cast a ballot for Clinton were women, Trump led among white women by 47% to 45% despite his documented misogynistic comments.

Media sexism is a pervasive trend that impacts how women are represented in politics and positions of leadership.

“About 7 in 10 women … say a major reason why women are underrepresented in top positions in politics and business is that they have to do more to prove themselves,” which signifies that media portrayals of powerful women could be hindering women’s leadership ambitions.

This pattern of media sexism is continually present in current events. Although the 2018 midterms saw a historic number of women elected to public office and subsequent responses to gender-based attacks in politics, prominent women are still portrayed unfairly in the media.

In fact, the recent announcement of Sen. Kamala Harris as the Democratic vice-presidential nominee, the first Black and Asian woman to be nominated, led to biased media attacks. A report by TIME’S UP Now found that 25% of coverage regarding the announcement “included racist and sexist stereotyping and tropes.”

On a larger scale, 61% of all coverage mentioned her gender and race, in comparison to 5% of coverage of Sen. Tim Kaine’s and Mike Pence’s nominations in 2016.

Though the extent of media sexism is likely lowered this election cycle, as Harris is in a less prominent position than Clinton was, it signifies that media sexism is a pervasive force that has the power to influence elections.

Until the pervasiveness of sexist rhetoric is recognized and overhauled in media reporting, we all need to be more conscious of how leaders across industries are written about differently according to their gender.

Becoming more aware of how we personally consume news, think about current events and perceive our leaders can better help us realize where media has fallen short in addressing sexism and better reconcile how it has divided us.