Cooke: Halloween can be less capitalistic 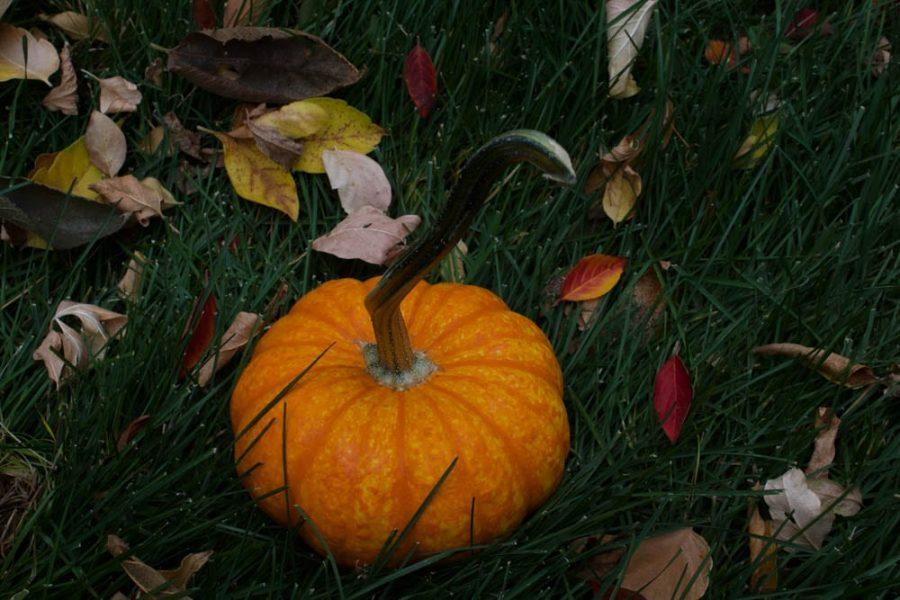 It’s spooky season, y’all. The nights are cold, the eerie trees are shedding their leaves and the whole atmosphere portends fear and fright (in more ways than usual). Halloween has arrived.

Halloween this year will look different due to COVID-19, since some of our favorite activities like going to haunted houses and trick-or-treating aren’t activities that follow The Centers for Disease Control and Prevention’s recommendations. Instead of scaring us into dull resignation, I hope this season can help us see a new way to celebrate the famous fall holiday.

Americans who do choose to celebrate are estimated to spend $8.05 billion dollars on Halloween-related goods and festivities this year. According to the National Retail Federation, consumers are expected to spend “a little more on home decorations, candy and greeting cards,” especially celebrants between 18 and 24 years old.

I only mention these insights because they represent Halloween through a distinctly American lens, one that measures the success and excitement of holidays in how much money might be spent. But the historical reasons behind Halloween ought to be just as emphasized as the economic benefits of it.

The origin of what we know as Halloween today actually has deep connections to the natural world, connections that go further than throwing toilet paper into your neighbor’s bushes. The holiday started in Europe about two thousand years ago as a Celtic tradition called Samhain.

The ancient Celts celebrated the end of their year on Nov. 1, since it marked the end of the summer and harvest season and the beginning of the dark, frigid and often deadly winter. They also believed that this was the day their own world faded and overlapped with the world of dead spirits, both good and bad.

Ancient Celts would usually burn bonfires, dress themselves in costumes and make sacrifices to these spirits in hopes of a fortunate winter. As the Romans conquered Celtic lands, different festivities and rituals (like bobbing for apples, which is probably connected to a holiday for the Roman goddess Pomona, according to History.com) were incorporated over time.

“It seems the holiday is no longer about offerings for good fortune and is instead more about gross consumption and accumulation.”

After centuries of Christian influences, Samhain had morphed into All Saint’s Day, which was also called All Hallows in Middle English. The full history gets a bit complicated once the Catholic Church got involved, but the overall idea was to celebrate the spirits of the dead as well as passage from one part of the year into the next.

These celebrations always hovered around the end of October and the beginning of November, a time of year that signaled transition from warmth and life to cold and death.

Now let’s compare the roots of this holiday to how it is celebrated today in the United States.

We still dress up in costumes, but usually ones that we buy are made out of plastic and other synthetic materials that can end up generating horrifying amounts of waste.

We still gather together to celebrate, but often, especially for college students, it’s more of an excuse for intoxication than it is communion with the worlds of life and death.

We buy obscene amounts of candy (Americans were expected to purchase $2.6 billion worth of Halloween candy in 2019) processed in factories and wrapped in plastic. It seems the holiday is no longer about offerings for good fortune and is instead more about gross consumption and accumulation.

And just think of all the waste. The once-worn costumes, candy wrappers, party supplies and decorations that end up not getting reused — that much trash can add up.

Halloween appears to have become a holiday of excess in our consumer-capitalist society. It’s become disconnected from the processes of the natural world that originally fostered it. But since this year has forced us to rethink how we celebrate holidays, we have a chance to make Halloween more wholesome and less plastic.

“let’s rekindle that sense of wonder, excitement and chilly fright that makes us come together for warmth and comfort.”

One of my favorite things to do for any celebration is bake seasonal goodies. This can be fun for everyone and potentially healthier than loading up on Smarties and Tootsie Rolls. Plus, nothing tastes better than homemade cookies.

Instead of purchasing a costume, you can make your own, either from materials at home or from donated clothing at secondhand stores. This can be an exercise in creativity without contributing to the carbon-intensive textile industry.

Thrift stores like the Arc or Goodwill are affordable places to look for any accessory. Last Halloween, I went as a dog, and all the garments I bought for my costume totaled $11.

Despite the pandemic, we can still have fun with our friends and appreciate the otherworldly aura of autumn. Instead of paying corporations to watch horror films, consider taking a walk outside.

Breathe in the crisp, chilly air; stroll through the crunchy orange leaves; connect yourself with the changing natural world that the ancient Celts venerated two millennia ago.

The president and chief executive officer of Spirit Halloween, Steven B. Silverstein, calls Halloween “a celebration and opportunity to transform into whoever or whatever you want to be.” This makes sense coming from a man who sells costumes for a living, but we can take some good advice from his words.

This Halloween, let’s try not to be flagrant consumers bound by plastic materialism. Instead, let’s rekindle that sense of wonder, excitement and chilly fright that makes us come together for warmth and comfort.