Orji: TikTok has strengthened our community 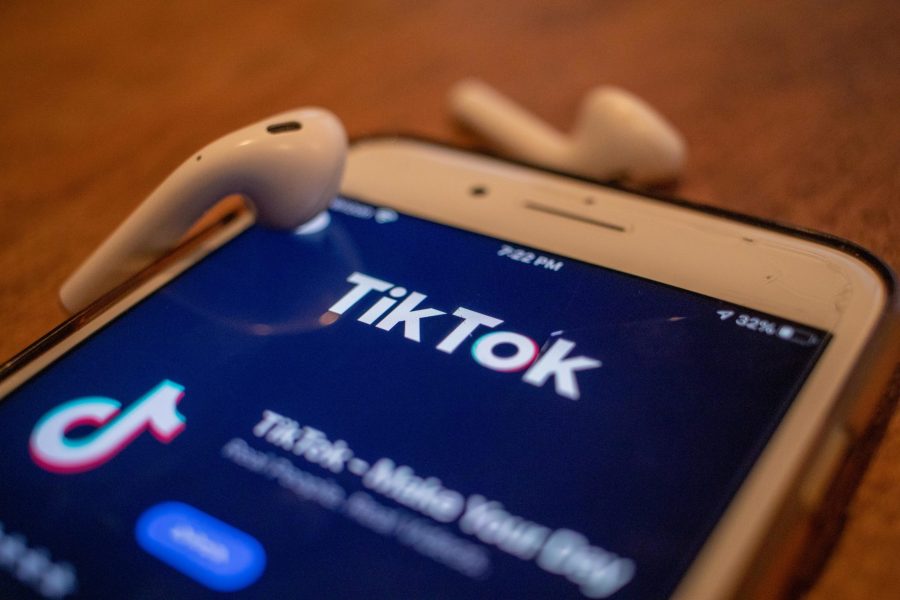 TikTok is one of the most popular social media apps right now, featuring videos of dancing, making food, dogs and pretty much anything else you could imagine. TikTok is a platform that everyone has the opportunity to get famous on thanks to the "For You Page" and TikTok's high user engagement rate. (Addie Kuettner | The Collegian)

Since late December, I have noticed that TikTok has seen a crazy surge in popularity all across the world. Launched by its parent company, ByteDance, in 2016 by founder Zhang Yiming, TikTok is a video-sharing app that allows users to create videos up to 60 seconds long using creative sound clips and video effects.

Yet, despite its popularity, TikTok used to be one of the most embarrassing apps that you could have downloaded on your phone. If you have used the app for more than a few years, then you would understand the irony of its sudden relevance. TikTok is so influential nowadays that everyone from teenagers to young artists to small business owners is clamoring to take advantage of the large audience that TikTok reaches.

“TikTok allows people with niche creative ideas the opportunity to find others who enjoy the same content, which builds a virtual sense of belonging unlike any other social media platform.”

Contributing to a subculture that has taken years of digital upbringing to be a part of, this is an app that is not for just anyone. It does take a deeper understanding of meme culture to understand a large portion of what is going on on your For You page. However, the culture of the app is so fluid that being on it for just a couple of days will have you calibrated to the app in no time.

This is where the appeal of TikTok has come from. On apps such as Instagram, we show all of our best angles. Yet, on this app, people are bold and unafraid. There is such a large audience range that someone, somewhere is likely going to find your content relatable, no matter how niche it is.

This is where the power of TikTok comes into play. In just a few short hours, it is possible to go from having no followers to thousands of followers. The popular band BTS reached 1 million followers after only being on the app for three hours and 31 minutes.

TikTok’s ability to make people celebrities overnight has led to giving ordinary and relatable individuals superstar status. This includes people like Charli D’Amelio, who has made a huge name for herself with her viral dance videos and @youngyosa, whose comedy skits involve him embracing his emo side in attempts to “piss off (his) African parents.”

So yall just thought I didn’t have a mom? #comedy #africanparents #viral #fyp

Now, you may think that TikTok, with its superstars Addison Rae, Charli D’Amelio and many others, is intended for a younger audience or even a certain demographic. TikTok’s unique algorithm assures that the For You page is tailored exactly for you.

Like I mentioned before, the app is full of different niches. The culture runs so deep that you may find yourself in a sphere of content that you didn’t know you needed, yet your likes and engagement with other videos led you there.

so….are you guys on draco malfoy pov tiktok or are u normal

If you remember Tumblr in its prime, you should recall that there were different communities that people found themselves in. The same goes for TikTok, with the emergence of hundreds of different sides such as AltTikTok, Straight TikTok, Indie TikTok, Bi TikTok and even Frog TikTok.

Recently, I have noticed an influx of videos focusing not only on the Colorado State University community but also on college campuses in general. In most videos, the content centers around the way schools have treated the students during COVID-19, including issues involving students being sent home early, no tuition refund and the current state of the dining halls.

But it is not just the jokes that make me feel like I am a part of the community; it is the strength of the community. In a lot of ways, it is space that is open to everyone if you seek it out. The comment section is a safe haven most of the time. Sure, there is a terrible spree of toxicity on every social media app, but the comment section of CSU-related content is often funny and correlates to the post content.

It is extremely important to emphasize the significance of a strong community. TikTok allows people with niche creative ideas the opportunity to find others who enjoy the same content, which builds a virtual sense of belonging unlike any other social media platform.

Without the community aspect of TikTok, it would be an app purely based on content that is continually regurgitated in different styles. We’ve seen it with other apps, and at this point in the height of the social media age, an app relying purely on content would fail to make it to the next level in the same fashion that TikTok has.

Joslyn Orji can be reached at letters@collegian.com or on Twitter @lazy_svndae_.