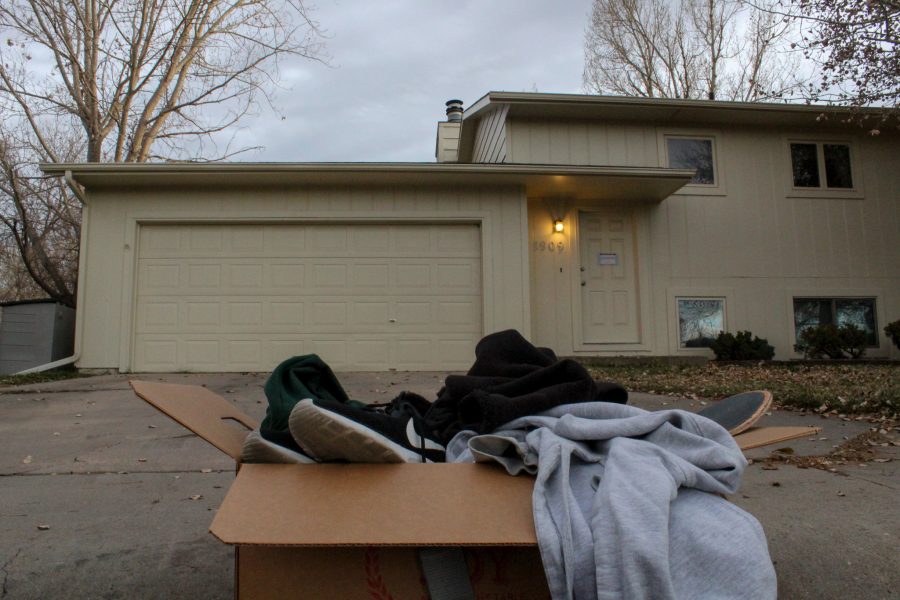 Colorado students who live in houses are more vulnerable to eviction than students living in other states, Nov. 10th. (Megan McGregor | Collegian)

Paul Brull
Editor’s Note: All opinion section content reflects the views of the individual author only and does not represent a stance taken by The Collegian or its editorial board.
The students of Colorado State University have often expressed discontent with the U+2 City ordinance. Associated Students of Colorado State University representatives, student interest groups and even former members of The Collegian opinion section expounded on the policy’s flaws. We see it as a barrier to cheaper rent and higher living standards away from campus, but its impacts extend far beyond us.

To be clear, it is not unreasonable for a city to limit student presence in residential neighborhoods. As a demographic, we often produce excessive noise, occupy several parking spaces and don’t possess the same incentives to maintain rental properties as neighboring homeowners.

According to Justin Moore, the Lead Code Compliance Inspector for the City of Fort Collins, U+2 inspections are primarily conducted on a reactive basis due to noise, parking and general upkeep complaints.

“The reason (U+2) exists at its core is the impacts occupied properties tend to have on a property,” Moore said. “People who live near … a property that is either over-occupied or that is strongly suspected to be over-occupied, it tends to correlate with a lot of the other neighborhood issues they are experiencing.”

Unsurprisingly, a bulk of these complaints occur west of campus and in the Avery Park area near campus due to a dense student population, although Moore did note inspections happen across the City, stating, “It’s not about students.”

The City Council, in a Pro-Con article for the Coloradoan, also expressed concerns that investors with “deeper pockets” might threaten to overtake residential areas for expensive college rentals. U+2 neatly solves both issues, promoting long-term residence for single-family homes and driving out large investors.
This would all be well and good if U+2 only targeted students. According to a 2018 study conducted by Corona Insights — the third of its kind commissioned by the City government — only 47% of U+2 violators are students. Furthermore, 53% of violators have lived in their house for over 12 months.

Corona Insights also found that non-compliance with the ordinance almost doubled since 2009, the time of Corona Insight’s second study, suggesting that such a spike could be due to rent increases across the board. Since 2005 — the time of the first study — to 2017, rent increased by a whopping 78%.

“The ordinance pushes long-term residents of disproportionately lower incomes out of their homes to the benefit of no one.”

The report claims “no relationship” between income and U+2 violator status; however, a closer look at the data reveals potential issues. 34% of households out of compliance made less than $30,000 in yearly income. 24% made between $20,000 and $29,999 compared to a median of around 5% per income bracket across the rest of the spectrum.

Counterbalancing these lower incomes, the report lumps incomes of $100,000 or above into a consolidated category, making larger income households appear more prominently in the data.

Furthermore, the study decides how to segment incomes into lower, middle, and upper brackets based on no apparent standard, raising questions about analysis efficacy. While this disparity may simply reflect a number of student households with lower net income, it certainly doesn’t help the City’s case for U+2.

Besides providing openings for racial, socioeconomic and personal biases, such a metric doesn’t provide any meaningful information. Individual residents hold wildly differing thresholds of unacceptability due to differing quality analysis. Such a metric should be taken with a grain of salt.

More objective reports, like parking and noise infractions only, produced a statistically relevant correlation to U+2 violation within student dominated communities. The issue therefore appears connected to students rather than U+2 violators at large.

The policy, then, is deeply flawed and fundamentally harmful to our City. The ordinance pushes long-term residents of disproportionately lower incomes out of their homes to the benefit of no one. That’s fundamentally unacceptable. Both ASCSU and the greater CSU community should oppose U+2 and the impacts it creates.
We should do so, however, not out of self-interest but instead out of common decency. We wield incredible power. We are what the City is trying to solve with U+2. By involving ourselves in City politics and negotiating with the City, we can leave a positive impact far beyond our narrow windows of time at CSU.
For more information about the U+2 ordinance, go to: fcgov.com/neighborhoodservices/occupancy or contact the Fort Collins Neighborhood Services at neighborhoodservices@fcgov.com or at 970-224-6046.
To contact the Fort Collins Government, go to: fcgov.com/contactus/.