Blouch: There is a gray area in giving consent while intoxicated 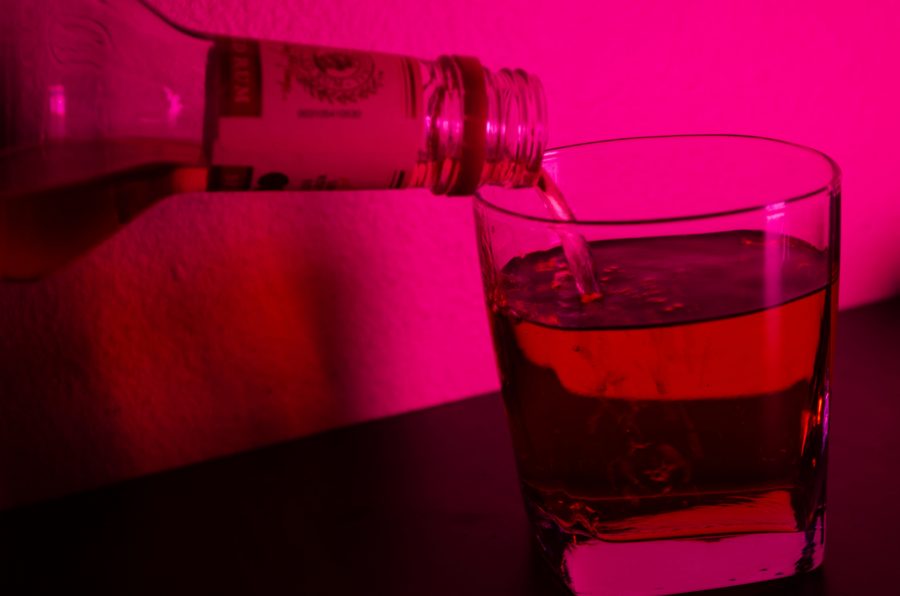 In college sex culture, having sex while under the influence is one of the many elephants in the room; we know it happens, but the ethical gray area doesn’t take well to open conversation.

An integral part of being welcomed to the Colorado State University family is the orientation process most Rams have undergone. The Red Whistle Brigade may have been the first exposure we had from the University regarding the topic of consent.

Having that much alcohol in your system really affects it (sex) more than I would say it does for other age groups that don’t go out and party and heavily drink as much.”-Paige Sakakida, CSU student

According to The Red Whistle Brigade regarding consent in sexual encounters, if both parties are drunk, “Colorado law states that the person performing the action is charged. The person who initiates sexual contact is at fault.”

If there really is no gray area, as The Red Whistle Brigade would suggest, then why does it seem to be so common for college students to engage in sexual activities while under the influence, and is it the perception of everyone who has sex under the influence that it is inherently non-consensual?

An overwhelming similarity within my conversations was that college students are having sex while under the influence of both alcohol and marijuana, seemingly at high frequency.

“A lot of the times (for) college-aged students, it’s not like ‘I’m gonna go out and have a drink,’ it’s like ‘we’re at a party and we’re more heavy drinking,’ like taking shots every hour, that kind of thing,” said Paige Sakakida, a 21-year-old biology major at CSU. “Having that much alcohol in your system really affects it (sex) more than I would say it does for other age groups that don’t go out and party and heavily drink as much.”

The dangers of having sex while under the influence are perhaps not so much the involvement of alcohol and or marijuana itself but the darker elements of college culture that work in conjunction to create environments where individuals are unable to consent.

Autumn Thornburg, a 23-year-old manager at Starbucks, explained how this environment can easily create a situation in which consent is not possible.

“In a general sense, college kids will take parties too far or get too drunk,” Thornburg said. “You’ll hear about people dying from alcohol poisoning, and when you’re getting that drunk, blacking out or you’re leaning over a toilet vomiting, you’re not capable of making those decisions, and it’s really easy to take advantage of people in those situations.”

Overwhelmingly, interviewees agreed that there was a “line” where the people involved reach a point of intoxication where they are unable to give consent. Thornburg said, “(It is possible to give consent) as long as you’re not too far gone and feel that you still have control of your general faculties. (The line) is really hard to draw in a general sense. It’s more based on the individual and if you still feel like you’re in control of yourself.”

But, as Alexander Santucci, a 21-year-old biological science major at CSU, said, “Everyone reacts to liquor and weed differently.”

Taran Whincop, a 21-year-old music education major at CSU, stated that the line of when someone is intoxicated enough to where they have lost their general faculties and cannot realistically give consent is “subjective to each and every person’s tolerance.”

The environment might also play a factor; college party culture is one of excessive use of both substances. When combined with a prevalent hookup culture that normalizes casual intercourse, situations where people are intoxicated in an uncomfortable environment can cause experiences where one or more parties risk their ability to fully give consent.

“With complete strangers, I think it’s really hard to have that consent,” Santucci said.

This was a notion echoed in other interviews. David Stebbins, a 22-year-old business student at CSU said that he’ll “ask the person, and I feel like if I know them and we’ve done it before and we’re both into it, then I think that’s fine, but I think if it was someone new, I would feel more uncomfortable in that situation.”

It might be easier to consent to sexual activity while alcohol or marijuana is at play if there is an open, sober conversation between the people involved. Santucci said, “I’ve never had a hookup under the influence — it’s always been with a girlfriend, we just had the conversation before while sober.”

when you’re getting that drunk, blacking out or you’re leaning over a toilet vomiting, you’re not capable of making those decisions, and it’s really easy to take advantage of people in those situations.”-Autumn Thornburg, Starbucks manager

While the actors involved in the sexual activity may have varying perspectives of the degree of consent in such an environment, the state’s definition of consent offers clarity. According to Colorado law, “‘consent’ means cooperation in act of attitude pursuant to an exercise of free will and with knowledge of the nature of the act.”

According to the Rape, Abuse and Incest National Network, if an individual is unknowingly drugged, the sexual activity is not consensual. However, there is a gray area in Colorado law regarding when the parties involved knowingly and voluntarily ingest intoxicants.

In other words, there is a point of intoxication in which consent cannot be fully given, and this happens when the individual is physically incapacitated and/or unable to accurately assess the quality of their own conduct.

If you find yourself in a situation in which alcohol and or marijuana are at play, and it is unclear whether you or the parties involved in the sexual activity have fully given consent, ask yourself the following questions:

Step 1: How am I? Ask yourself how drunk or high you are.

The Blood Alcohol Content level indicates your level of intoxication. Even at the lowest level of intoxication, poor judgments can occur, which can still alter one’s ability to give consent fully. If you do choose to engage in sex while under the influence of alcohol, however, the point at which one’s ability to assess the quality of their own conduct would certainly not be possible at level 0.08%, given that short-term memory loss may begin here, according to American Addiction Centers. You can check your BAC level based on your weight and number of drinks online. Small breathalyzers that can be put onto keychains can also be bought online.

Unfortunately, the line regarding the level of judgment for weed intoxication is not as easily defined. However, the same logic can be applied: if an individual is so high that their coordination is inhibited, they have trouble forming coherent sentences or they seem to be acting unreasonable, it is safe to assume they cannot accurately assess the quality of their own conduct. Use these markers to not only assess your state but also the state of those involved in the sexual activity.

Step 2: Where am I? What environment are you in? If you are in a familiar environment, say, your living space or your significant other’s living space, you are likely more comfortable in taking charge of the situation by putting a stop to the activity should you or the other actor/s involved feel at all uncomfortable. If you are in a party environment where you might experience more binge-drinking, it could be more difficult to control the amount of substance taken in and accurately assess consent from both parties.

Step 3: Who am I with? Do you feel like you can trust the person you are engaging with? Are you both having coherent, honest dialogue about consenting to the situation? The more open communication with trustworthy individuals there is, the more confident you can be about feeling as though there was adequate consent.

Due to the inherent subjectivity, the only infallible way to ensure both parties give full and complete consent is to have sex sober. As a reminder, the State of Colorado defines consent as the following:

You might find yourself in a situation where you are under the influence of alcohol and/or marijuana and are considering engaging in sexual activity. It’s important to have the resources to assure your own and the other participant’s comfort.