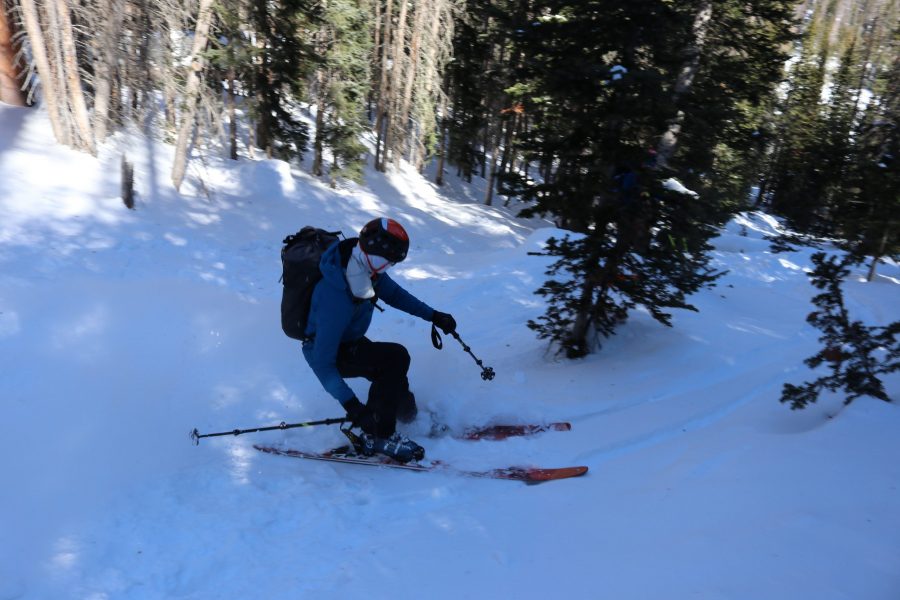 In the middle of social distancing, it’s hard to believe that we’ve been in isolation for less than a month. While a stay-at-home order to halt the spread of COVID-19 remains absent at the federal level, many governors have implemented stay-at-home orders in their state, forcing the closure of millions of nonessential businesses.

One business that has suffered a crushing blow from COVID-19 is the ski industry, with many ski resorts across the United States completely shuttered in the middle of the COVID-19 pandemic.

On March 14, Gov. Jared Polis ordered the temporary closure of all Colorado ski areas, as Colorado’s mountain towns became epicenters for COVID-19. Several management companies, including Vail Resorts, have announced that all of their resorts are closed for the rest of the season. Others, like POWDR, have shuttered some resorts for the season while implementing “indefinite” closures for other resorts.

Skiing has a huge impact on the Colorado economy — in 2015, it totaled $4.8 billion. Without tax revenue from ski resorts, mountain towns are likely to suffer, since a lot of their tax base comes from the ski industry. With COVID-19 striking the high country, this could prove disastrous for these towns.

Completely halting all ski operations has severely impaired Colorado’s economy, all the while creating greater burdens for the health care system — not only are chairlifts closed, but so is uphill access for those seeking to hike up and ski down in certain ski resorts.

Rather than dissuade people from going skiing entirely, this policy has resulted in the increasing popularity of backcountry skiing. National forest sites are now being inundated with skiers — proving that closing the state’s ski areas has created its own insidious problems. It has shifted the burden of providing medical care for injured skiers onto local health care providers that are already overburdened by COVID-19.

As Outside Magazine reports, “The niche sport is experiencing what could be the biggest bump in users ever.” More novices are beginning to ski in the backcountry during one of the biggest health crises in history — a dangerous situation made worse within Colorado’s mountain towns.

Backcountry skiing is inherently more dangerous than downhill skiing. Since trails aren’t groomed or blasted everyday, there is an ever-present threat of avalanches with no way to assess the difficulty of a run before skiing down.

Without chairlifts, skiers become increasingly fatigued from hiking up each run, putting them at a greater risk of getting injured. For those who do get injured, it can take emergency responders hours to locate them.

Closing down ski areas has shifted the burden of providing medical care for injured skiers onto local health care providers that are already overburdened by COVID-19.”

Yet, this danger has not dissuaded legions of skiers from heading up to the high country. As one store owner in Edwards, Colorado, commented in The Colorado Sun, “It’s like a feeding frenzy.”

Last week, a skier was critically injured while backcountry skiing near Telluride, Colorado — the skier was caught in one of the seven human-caused avalanches that occurred in the Telluride area over the course of eight days. In the ensuing rescue, first responders had to evacuate the skier from roughly 11,000 feet, putting their own lives at risk in the process.

It’s important to note that with this year’s spring conditions, this could’ve happened to anyone in the backcountry, which is precisely the problem. As hospital beds become stretched beyond their limits, especially in rural mountain communities, the last thing they need is a surge in skiing injuries.

In response to the influx of backcountry skiers, San Juan County in southwest Colorado has implemented restrictions banning out of town people from public lands. While the legality of these restrictions remains in question, local leaders have argued they’re necessary to prevent backcountry skiing hospitalizations.

If more skiers are hospitalized from their preventable injuries, it will spell disaster for mountain communities. These communities are already trying to prevent the spread of COVID-19 with limited resources. If backcountry skiing continues to be a problem, health care providers will be forced to make difficult decisions between who receives care.

The new popularity of backcountry skiing poses a significant threat to the well-being of thousands of Coloradans that would otherwise be avoided.

It represents an unintended consequence of public policy that has nevertheless impacted people across the state, and it will continue to without a statewide response. Polis’ ski area closure may have to be revised to include all instances of backcountry skiing. While the economic repercussions of shutting down ski areas are unavoidable, the health consequences are not.