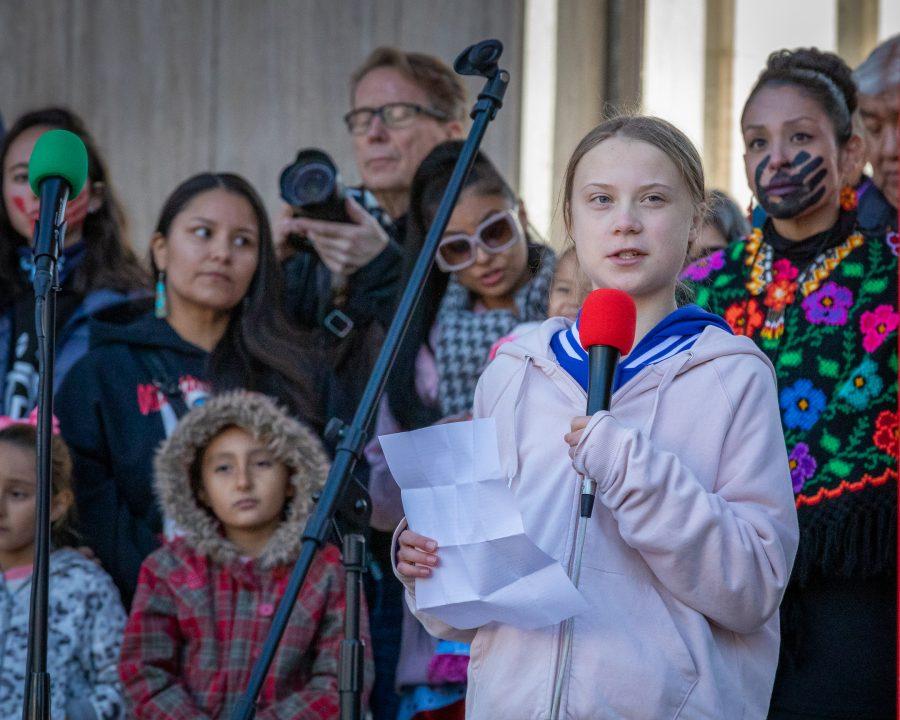 Last week, a sticker with the logo of X-Site Energy Services, a Canadian oil company, emerged showing a sexually explicit drawing of Greta Thunberg. Alberta, Canada, resident Michelle Narang stated, “I am absolutely sickened that X-Site Energy Services would think that the hardworking men and women in the energy industry would condone this representation of a child clearly being raped.” This sticker was allegedly handed out between employees so they could put them on their hard hats.

Narang posted the image on Facebook as a way of calling out the company. According to Huffington Post, “Narang said she called the general manager of X-Site, Doug Sparrow, asking him if he knew about the sticker that appears to depict the rape of a minor. He said he was aware of it, according to Narang, and his response was, ‘She’s not a child; she’s 17.'”

Although X-Site Energy has denied being associated with the making of the sticker, this is a clear sign of toxic masculinity and rape culture in our community.

Thunberg is a 17-year-old from Sweden who is a climate activist. She started protesting in 2018 in front of the Swedish parliament building and said she wouldn’t stop “until the Swedish government met the carbon emissions target agreed by world leaders in Paris in 2015,” according to the BBC.

They are starting to get more and more desperate…
This shows that we’re winning. https://t.co/NLOZL331X9

Thunberg took a year off school in 2019 to continue campaigning, attend climate conferences and join and support student protests. In September of 2019, she was part of the United Nations Climate Action Summit in New York, and millions of people around the world took part in a climate strike due to her influence.

At the conference, Thunberg called out politicians for leaving the issue of climate change for the younger generation and said, “This is all wrong. I shouldn’t be up here. I should be back in school on the other side of the ocean, yet you all come to us young people for hope. How dare you?”

It’s no surprise that an employee from an oil company would allegedly go out of their way to wear a pornographic sticker of Thunberg as a way of retaliating against her.

German Gabriel Canalla, the tattoo artist who made the original design not related to Thunberg, called out X-Site Energy for stealing his design and using it in an inappropriate manner.

According to the New York Post, Canalla said “That sticker X-Site made was originally a tattoo design made by me. Of course it was never meant to be used for that purpose. X-Site not only stole my tattoo design and made it a logo/sticker, but also used it for that disgusting purpose. … It sucks.”

It shows that when a woman speaks up, fights for what she believes in and has influence, rape is a measure taken to silence her.”

According to Newsweek, Canalla plans on suing the company for “not only for having taken (my work) without my consent, but to give it such a deplorable use.”

The danger of a woman having been a victim of attempted or completed rape in the U.S. alone is one out of six. It’s already a constant threat to women, and for someone to use this as a way of pushing back against Thunberg shows that society is well aware of this. It shows that when a woman speaks up, fights for what she believes in and has influence, rape is a measure taken to silence her.

X-Site Energy released a statement saying, “This does not reflect the values of this company or our employees, and we deeply regret the pain we may have caused.” The company also said that they are trying to get hold of and destroy all of the stickers that were handed out.

The sticker could have been anything else: Thunberg getting pied in the face, Thunberg as a clown or any other form of mocking her — instead, the image showed her being sexually assaulted.

This sticker was likely made in order to invalidate, silence or intimidate Thunberg, but she will not be silenced or scared off. In response, Thunberg tweeted “They are starting to get more and more desperate… This shows that we’re winning.”