Neustadter: Students need to recognize the power of their vote 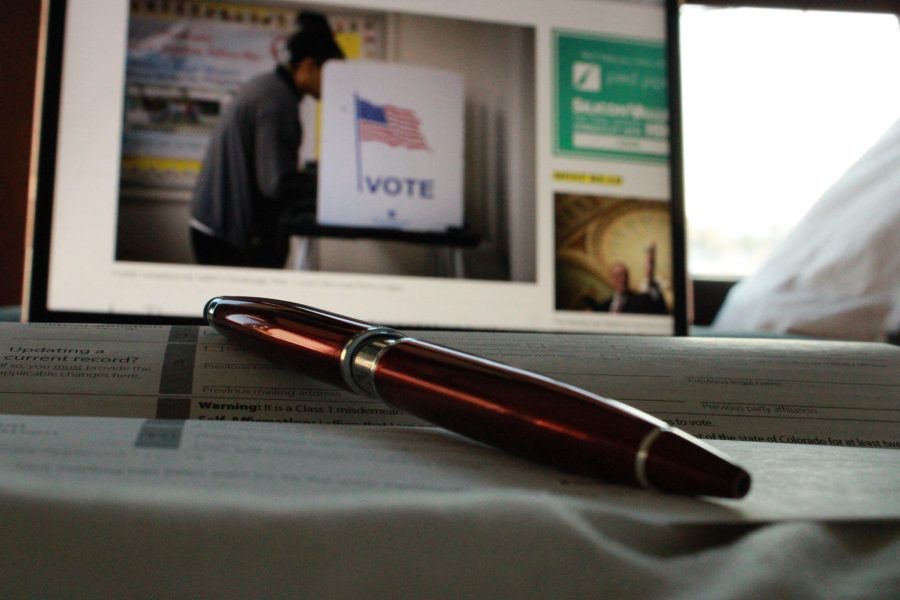 State election day is coming up fast. The official day for all ballots is Nov. 5 so get your votes in. As an American it is our right to vote and help chose who and what we want to be in government. (Asia Kalcevic | The Collegian)

In the middle of primary season, it seems that campaign ads have hijacked every single media platform in existence. Arguably long shot candidates like Mike Bloomberg have been spending millions on media exposure, and even The Collegian has featured some of these advertisements.

Currently, levels of partisanship and government distrust are at an all-time high, which, when coupled with looming fears of voter suppression and hacking, may make it seem like voting this year doesn’t even matter — no matter what any candidate’s advertisement is telling you.

However, if you choose not to vote, you are essentially putting your agency to affect change in the hands of others. If you have no faith in your politicians, then voting this year is the best way to hold them accountable.

As the Declaration of Independence states, “Governments are instituted among Men, deriving their just powers from the consent of the governed.” When the government ceases to reflect the will of the people, the government is no longer legitimate — and thus, the people have the agency to vote for a government that does reflect their interests.

Historically, adults between the ages of 18 and 29 have been underrepresented at the polls. During the 2018 midterm elections, voters between 18 and 29 had a dramatic increase in voter turnout, increasing by 15.7% from 2014 to a 2018 turnout of 35.6%. Even at this higher rate, this is worrying — only about a third of eligible young voters are turning out at the polls.

At the same time, the highest voter turnout consistently comes from the 65+ age group, with a 66.1% voter turnout in 2018. By not voting, young people are essentially handing over the reins to baby boomers. Do we really want to do that?

Disengaging from the political process entirely is the only irrefutable way to make sure your voice doesn’t count.”

Yet, roughly 36% of the voting population in 2020 consists of young people. This means that if millennials and Gen Zers were to turn out in record numbers this year, they could help decide the fate of the presidential election, not to mention state and local races across the country.

Voting is the most effective way of holding elected officials accountable and putting your interests into action. Throughout the United States’ history, voting rights have only been enacted because of multigenerational battles for equality. Not voting is disserving the legions of activists who made it possible for you to have the ability to vote.

Choosing not to vote because it’s difficult to register isn’t an excuse. Voting in Colorado is now easier than ever with same-day registration in Larimer County and online registration available through the Secretary of State’s website. Even if you don’t make it to the polls tomorrow, you can still vote in Colorado’s Senate caucus or the general election in November, which includes both the presidential election and the high-profile race for Senate.

Yes, voter suppression and hacking are very real threats that may impact the election. The inherently unequal structure of the Electoral College may make it seem like your vote doesn’t count. But disengaging from the political process entirely is the only irrefutable way to make sure your voice doesn’t count.

If you’ve become disillusioned watching the partisan tactics of political theater in Washington, then vote based on issues that impact you. Regardless of whether it’s student loan debt, climate change or even the military-industrial complex, it’s easier than ever to become informed on candidates’ specific platforms and voting records. Several websites, including The Colorado Sun, have compiled detailed plans for the presidential primary candidates.

In today’s political climate, it’s very easy to become disillusioned in the political process and discount every candidate entirely. Instead of choosing not to vote, recognize the agency you possess in being able to vote and your power in deciding the outcome of this year’s election.

One thing that every candidate and their advertisements recognize is the power in your vote.