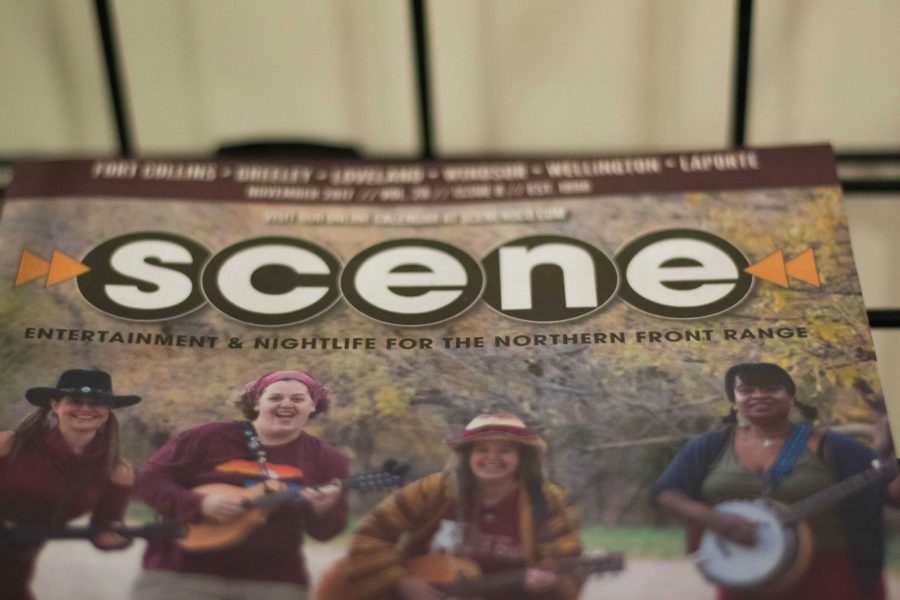 Scene Magazine covers the local music and art scene in the Northern Colorado area. Members of the music community voiced allegations of sexual harassment against the owner of the magazine, Michael Mockler. (Julia Trowbridge | Collegian)

Blaine Howerton, a publisher for The New Scene, recently expressed his concern about raising his sons in a world where women are celebrated more than men. The publisher’s letter titled “Boy Power!” was published in both The New Scene and North Forty News (and then taken down from both websites).

In the letter, Howerton asks, “Is it just me or have we so bent over backwards to provide girls and women with opportunities, often denied (to) them in the past, that we seem not to be concerned about providing good role models for boys?”

Quite frankly, Howerton’s article is severely tone-deaf. We don’t need to be concerned about providing good role models for boys because this is not a problem. Not only are young men capable of seeing women as role models, but there are endless amounts of successful men for boys to look up to.

The only reason women’s achievements catch the eye of someone like Howerton is because they’re so diluted in male commentary that when a woman’s success is highlighted, it sticks out.

When you’re accustomed to privilege, equality feels like oppression.”

Howerton does exactly this. He is clearly aware that women are inherently disadvantaged, but he won’t acknowledge that this is exactly why there’s been a push to ameliorate that. Similarly, Howerton goes on to state that, “When in some universities the student population is 75% female, who will be there for these strong, educated and accomplished women we are raising?”

Again, we have more women in higher education than ever before because we know that having a degree is an advantage, one that men don’t always need in the same way. Student loans are part of the reason why higher education has become more accessible. American women hold nearly two-thirds of outstanding student loan debt, with over $800 billion in debt as of 2017.

Tag @scenemagazinenoco in the comments pls

The difference is that boys have a long list of potential role models to sift through and can choose one who resonates with them. For women, we just get to be excited when one of us is even considered part of that club.

It’s not that boys shouldn’t have role models. They deserve that. Everyone should have a role model. However, it seems as though Howerton is assuming women could not serve in any capacity as a suitable role model for male children, and in that lies the problem.

The concern should not be that since women are being uplifted, men are losing their stature. When you’re accustomed to privilege, equality feels like oppression.

The problem is that there are plenty of men in many industries who do mediocre work but are put on a pedestal because of their perceived identity. Women, on the other hand, have to work harder just to be considered worthy of even being on the same level.

Madison Thompson can be reached at letters@collegian.com or on Twitter @heyymadison.