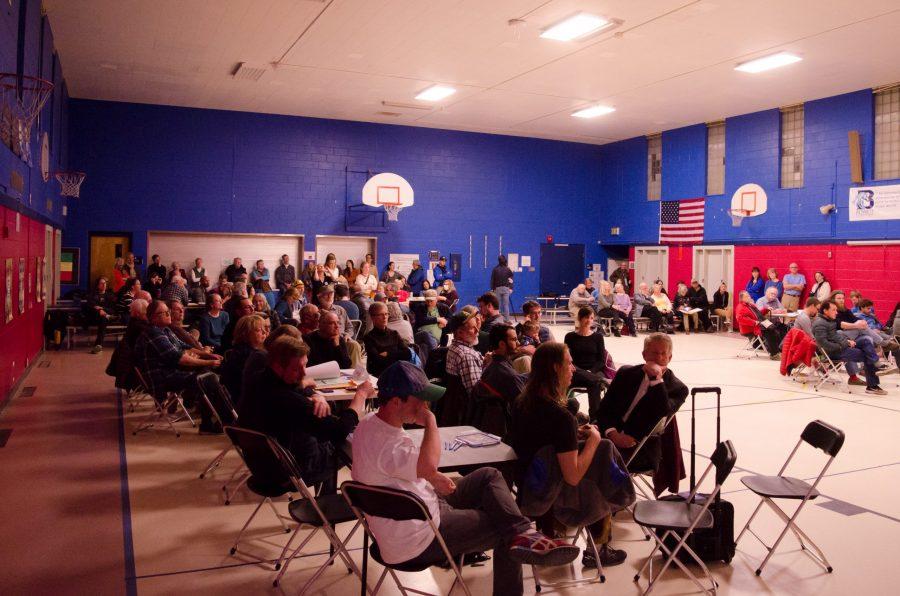 Fort Collins citizens who attended the Democratic Caucus on Tuesday March 6th listen to the rules of the caucus before beginning. Later in the night they would decide which of the democratic gubernatorial candidates makes it to the primary. (The Collegian file photo)

During each election cycle, infighting among primary presidential candidates is a given. However, one thing most candidates could agree on this year was that the Iowa caucuses were disastrously mismanaged. From disputes over caucus results to a faulty app, chaos was a clear winner in Iowa.

Considering that Iowa is a fairly small and nondescript state — with a population just over 3 million — it holds an inequitable amount of power over the presidential primaries.

With the caucus system in place, candidates only needed roughly 20% of caucus-goer votes, nearly equivalent to 40,000-50,000 votes. The delegate-based system in Iowa favors statewide support over a majority. This means the process discounts votes akin to those in the electoral college.

A more feasible change, such as changing Iowa’s caucuses to a ballot system, could prove more inclusive. Even in 2016, only 15.7% of Iowans participated in their caucuses.

For the public to put so much weight in an inherently flawed system without critically considering its faults is irresponsible and dangerous.”

While it may not be wise to have a state like California or New York have the first primary, as they are densely populated, with the majority of their constituents living in cities, we would be better served to have such a powerful caucus take place in a state more representative of the country as a whole.

Political figures, including Barack Obama’s former senior adviser David Axelrod, have denounced the caucuses, declaring them “dead; … the nail has been driven through (them).”

The power of the Iowa caucuses lies in their timing. They can generate momentum going into primary season, allowing candidates to stand out among their peers. As the New York Times says, “(The Iowa caucuses are) the first chance to upend expectations and put political fates in the voters’ hands.”

In a crowded primary field, this boost is imperative to gaining traction on a national level. However, this didn’t happen this year because of caucus errors that continue to question the validity of the final results.

The fact remains that the caucusing process disenfranchises voters who can’t show up to their local caucuses in person. The Iowa Democratic Party has been accused of ignoring requests for accessibility features at local caucuses, reflecting a systematic mismanagement of the Iowa caucuses.

The presence of an inherently disenfranchising caucus system in a rural, predominantly white state emphasizes just how little the Iowa caucuses represent the “will of the people.” Frankly, it’s shocking that we’ve put this much stock in this flawed system for so long.

Many argue that this system would be hard to change, as Iowa’s status as “first in the nation” is deeply entrenched. Yet any change in the Iowa caucuses could prove more democratic and equitable in the long run.

Primary ballots require less effort than caucusing and would still honor Iowa’s “first in the nation” standing. Being the first primary, moreover, may cause more people to vote, especially with an easier process. For the public to put so much weight in an inherently flawed system without critically considering its faults is irresponsible and dangerous.

If so many people can agree on how terrible the caucus system is, then maybe it’s time for a change.