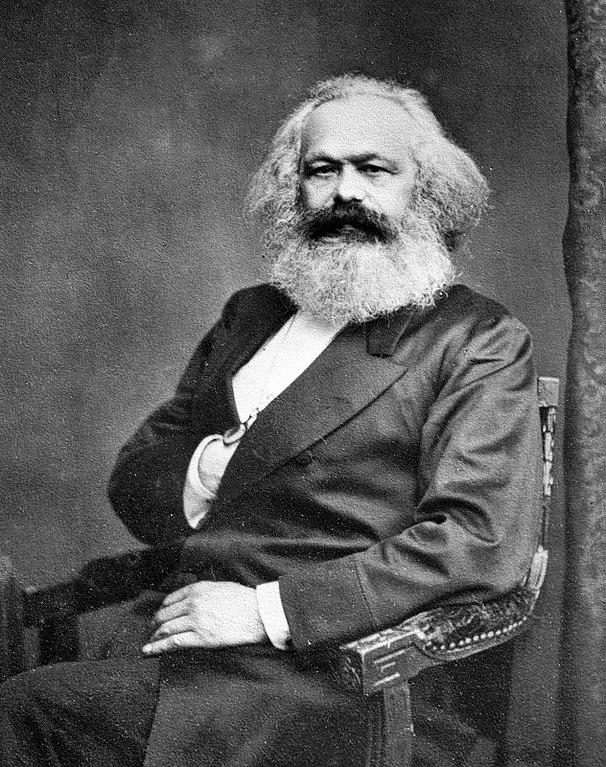 Students at Colorado State University should not be discouraged from voting the way they want to just because they see a banner in The Plaza proclaiming “SOCIALISM SUCKS” or because someone might condemn their candidate of choice for being a communist.

These claims lack a true historical understanding of the words they use. They try to win arguments by lumping their opposition into a category of hatred left over from the Cold War, a category that is unfairly stigmatized with the word “Marxism.”

Americans today have been taught a history of failed communism, and Karl Marx has been unjustly mixed up in that history. Ironically, by accepting a warped definition of Marxism instead of trying to understand it for ourselves, we actually confirm one of Marx’s proposals: “The class which is the ruling material force of society is at the same time its ruling intellectual force.”

In his opinion article for the Washington Examiner, Giancarlo Sopo calls Democratic candidate Bernie Sanders — a candidate who openly labels himself as a democratic socialist — “an all-out Marxist.” Sopo also claims that, throughout his career, “Sanders has been an unabashed apologist” for the “evil ideology” of communism. Sopo concludes by saying that Democrats should come to understand that Sanders is “an unrepentant Marxist.”

How warped has the #DemocratParty
become?
It believes a #Socialist (perhaps even a #Marxist) will solve its problems. That’s some perverse reasoning. #BernieIsACommunist #BernieSanders

Sopo barely attempts to connect the ideas of Marx to Sanders’ platform or even define what he means by “Marxist” in his article. This is just one example of our culture’s tendency to lump words such as “communism,” “socialism” and “Marxism” all under one ideological umbrella.

To anyone who shares Sopo’s opinion, these terms may seem synonymous. But this understanding is dangerous, and it threatens to obscure what the term “Marxism” actually means.

Perhaps Marxism has such a bad reputation simply because we’ve been raised in a pro-capitalist society. But we should accept an opinion on a subject based on our own understanding of it and engagement with it, not what the predominant attitude toward it is.

Marxism is first and foremost a critical approach to understanding capitalist society. Where it gets most of its criticism, however, is perhaps in its view for the future. It’s true that in “The Communist Manifesto,” Marx argues for a global worker revolution and a drastic (if necessary, violent) reorganization of society.

However, this was only a prediction. Marx thought such a revolution was inevitable based on what he had observed in history books and in his own life. Needless to say, it didn’t happen the way he thought it would.

The Bolshevik revolutionary Vladimir Lenin made adjustments to Marx’s theories, and what resulted was the communism of the Soviet Union.

Our negative understanding of communism has somewhat formed from people in history who manipulated and adapted Marx’s ideas, and we shouldn’t demonize Marx for developments he had no control over. The integrity of his original argument still applies to our lifetime.

Instead of using the word Marxism as an insult, we should acknowledge the benefits of the critical assessment of history that Marxism offers.”

In his 1883 preface to the German edition of “The Communist Manifesto,” Friedrich Engels, who co-authored the manifesto with Marx, solely credits Marx with the “basic thought” of the pamphlet. This basic thought, summarized as concisely as possible, is the idea that economic production determines the political, intellectual and social structures of every era of history.

In short, economics are closely tied with the formation of social classes and society in general. Marx gives examples of this process throughout history, from early feudal Europe to the French Revolution.

This really does seem like a basic thought. Doesn’t it seem obvious that the way a society produces wealth and the way it allows itself to distribute that wealth plays directly into how that society structures itself? This is a Marxist idea, and a look at most American cities today can confirm that capitalism creates classes of haves and have-nots.

What Americans know as communism today is not what Marx was proposing. In fact, the ideas that Marx put forward are still taught in universities to this day and for good reason. Instead of using the word Marxism as an insult, we should acknowledge the benefits of the critical assessment of history that Marxism offers.