Seriously: Professors expect too much, accommodate too little 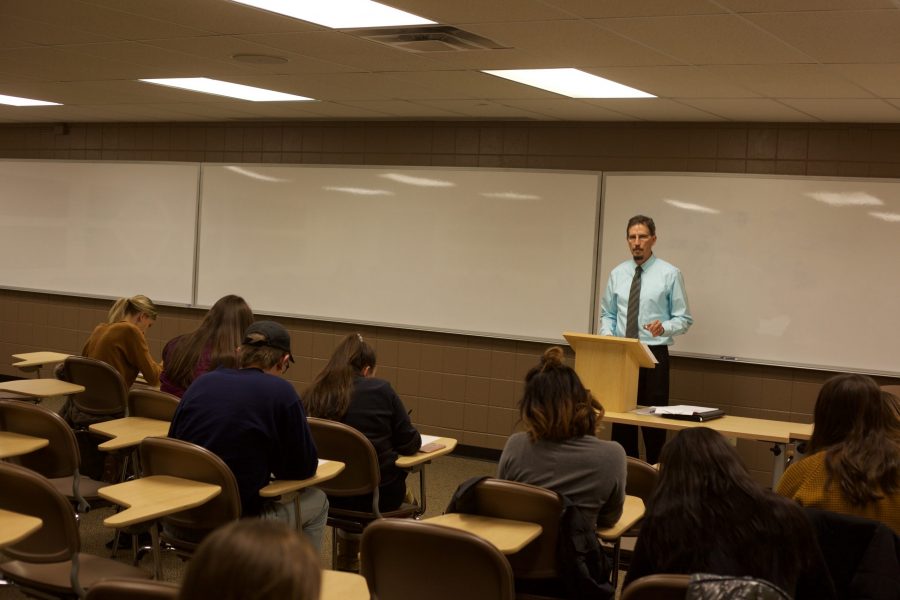 UNC Professor of Psychology Doug Woody talks to students about contemporary racial discrimination in the Clark Building April 11. Woody discussed a variety of issues such as diversity, microaggressions, and historical discrimination while engaging with CSU students. (Ryan Schmidt | Collegian)

FORT COLLINS – College is so much more than just attending classes. In addition to their studies, many students work one, two, sometimes three jobs to pay for school and the cost of living. Many students also participate in extracurricular activities that demand significant amounts of their time. On top of all this, time must be found to have a social life, eat and sleep.

It’s time professors recognized this struggle and demand less of their students.

“One time my professor assigned this big essay the weekend that REZZ was at Red Rocks,” said Connor Cousins, a Colorado State University junior. “It was really inconsiderate of him to do that because I missed GRiZ there last year, and I need those good vibes.”

“I’ve had to miss dick appointments because of stuff my professors have assigned,” she said. “I’m still pissed about it all.”

In addition to video game release dates, there has been almost universal support for University excused absences extending to the release of a series from streaming services like Netflix and Amazon Prime Video among the student body.

Participation awards and trophies are a staple in many youth sports leagues, and they could be easily translated to a university learning level.

Another possible solution to the apathy many professors have shown toward their students’ lives would be a higher weight on participation points.

“When I got to college, it was baffling that we actually got graded on the work we turned in,” junior Cassie McGovern said. “Starting in youth soccer and all throughout school, we would get awarded for participation, not our actual work.”

Participation awards and trophies are a staple in many youth sports leagues, and they could be easily translated to a university learning level. If all classes were to just grade attendance and iClicker points like the College of Business, it would do a lot to quell the massive expectations many professors have for their students.