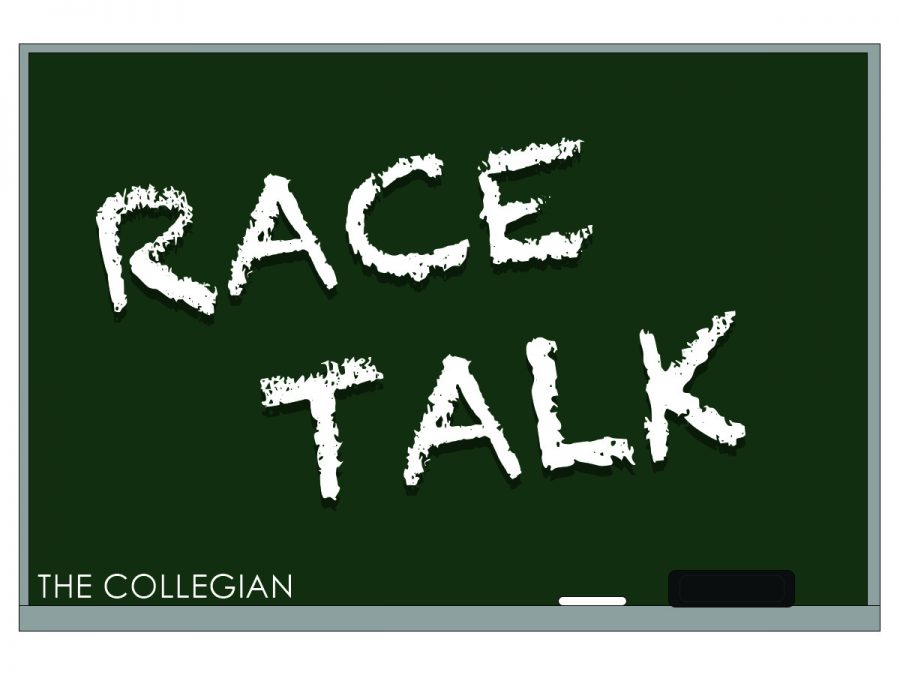 Editor’s Note: All opinion section content reflects the views of the individual author only and does not represent a stance taken by The Collegian or its editorial board. “Race Talk” is meant to shed light on racial issues surrounding CSU students’ everyday life.

Over four hundred students marched in protest of Colorado State University’s reaction to a blackface photo posted by a group of their peers. Hundreds of students aired their concerns about race during an emotional Associated Students of CSU meeting that went into the early hours of the morning.

But a lack of action and concern from fellow students and the University makes it seem like protesters are shouting into a void despite their efforts to instigate change.

There are endless excuses as to why racism is still a problem that students deal with on a daily basis. We can look at the institutionalization of hatred, the personal opinions of those in power or the fact that our country was founded on slavery and built by slaves. We can also recognize that when approached with racial issues, many people unaffected by them simply don’t care.

We can in part, and I emphasize in part, blame the United States education system for the apathy surrounding racial bias and hatred that so often results in inaction.

Acts of racial discrimination can seem isolated and distant for those unaffected. But a knowledge of history shows us the gravity of these acts as we relate them to injustices that occurred in the past.”

Public schools in Colorado must comply with federal and state standards, including Colorado House Bill 1192, which requires that every six years a committee reviews the inclusivity of marginalized groups in the teaching of history and civics.

But despite these efforts to regulate education, we all end up at CSU having received a differing quality and content of education growing up.

This means that some of us, even if we were straight-A students, may not have learned much about the history of racial discrimination in the U.S. On The Collegian’s opinion desk alone, only 7 out of 11 members reported learning about the murder of Emmett Till before they came to college.

Students that work for Rocky Mountain Student Media, ASCSU and other student organizations may not know enough about America’s racist history. This could contribute to why acts of racism, such as the N-word written in what looked like blood on a bathroom wall, a noose hanging outside of a student dorm hall or a blackface photo often go unpunished. This type of apathy surely contributes to how they happen in the first place.

Out of context, the killings of Trayvon Martin and Michael Brown Jr. can seem like unprecedented issues, but to those who have studied lynchings or Emmett Till’s murder, these events act as a clear parallel to the racial terrorism that occurred in America in the 1950s.

For those who didn’t learn it in school, Emmett Till was a Black teenager who was brutally tortured and murdered by white men in Mississippi in 1955. Those involved in the murder trial were acquitted after a mere hour of deliberation, and later, after receiving $4,000 from a reporter, they openly confessed to killing the 14-year-old. Similarly, the killers of Martin and Brown were both acquitted.

Acts of racial discrimination can seem isolated and distant for those unaffected. But a knowledge of history shows us the gravity of these acts as we relate them to injustices from the past.

Take immigration, for example. If the idea of families being separated at the U.S.-Mexico border and kids in cages isn’t evidence enough for systematic racism, compare these events to the Japanese internment camps that the U.S. government created in World War II.

An understanding of current events as products of their historical backgrounds is exactly why memorial events, such as Holocaust Awareness Week, are so important. These events remind us that humans are capable of unspeakable atrocities fueled by racial hatred. The presence of white nationalists and swastikas on campus show us that this hatred is still an extremely pressing issue in our society.

An awareness of horrific historical events allows us to recognize similar happenings when they occur today. It helps us understand how racism can manifest so negatively in the material world, and perhaps most importantly, it inspires us to care and act when it happens in real time.

A gap in their past education should not be the reason a person commits or condones a racist act, whether they intend to or not.”

In 2014, Rocky Mountain PBS reported that Denver Public Schools have a significant achievement gap between Latino or Black students and white students, and teachers in this district are predominantly white.

According to The Denver Post, in over half of Denver Public Schools, students of color made up 90% of the student population in the 2018-19 school year even though white students made up one-quarter of the district overall.

In their series “Standing in the Gap,” Rocky Mountain PBS recognizes that this school district went through a period of desegregation via busing, and some of these buses were burned and bombed. There’s no disputing that racism has had a significant impact on the DPS system.

Racial discrimination doesn’t stop at the doors of a classroom, and the history of racism in the school system contributes to the overarching flaws in how race relations are taught to this day. In this way, Denver Public Schools is simultaneously impacted by and perpetuating institutionalized racism.

According to the National Education Association, in the 2017-18 school year, Colorado was ranked 31 in the country for teacher salary and 35 in revenue. Proposition CC, which would have allocated money to education funding, was voted down by roughly 100,000 votes.

Historical literacy in the U.S. is not just an issue that impacts people who experience racial discrimination or belong to traditionally marginalized groups. It impacts anyone who believes that education should make our society more cohesive.

Misinformation is being spread all the time, and we need to learn how to determine not only what actions or words are racist, but why they are racist. Hopefully, our knowledge of history will remind us why we should care.

A gap in someone’s past education should not be the reason a person commits or condones a racist act — whether they intend to or not. This is completely contradictory to the entire point of the education system, which is to create a healthy, knowledgeable and prosperous society.

Abby Vander Graaff can be reached at letters@collegian.com or on Twitter @abbym_vg.