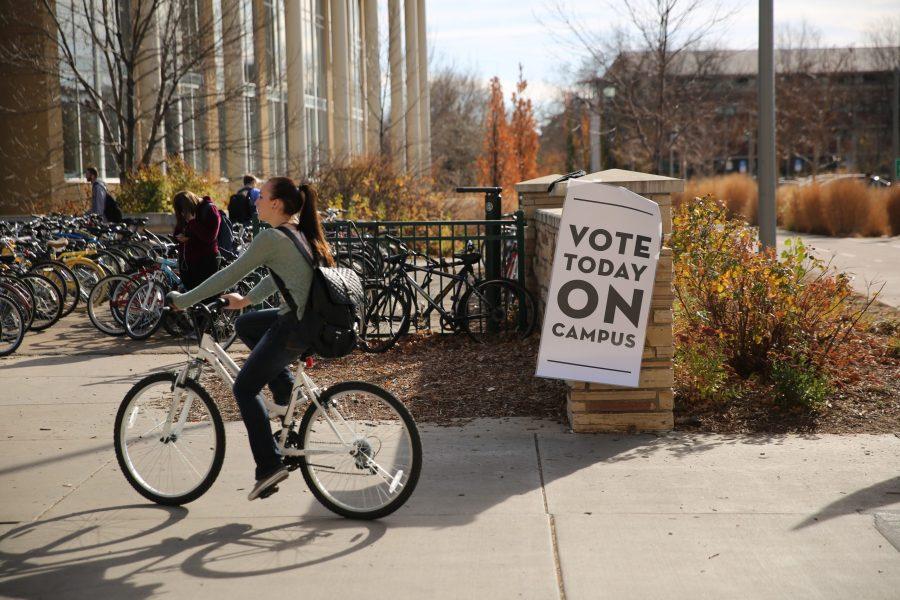 From petitioners on The Plaza to voter registrants across campus, it’s easy to tell voting season is back once again at Colorado State University. Of course, the most important thing for students to do this season is register to vote. If you haven’t yet, you can register to vote in Colorado via paper registration or online with your driver’s license.

With a range of issues on the ballot this year, one ballot initiative that students should pay attention to is Proposition CC. This initiative would modify Colorado’s Taxpayer’s Bill of Rights, a state amendment passed in 1992, requiring voter approval for tax increases or changes in the state’s revenue policy.

The TABOR governed revenue is equal to the amount of taxes and fees collected by the state. Basically, TABOR creates revenue caps of the amount of taxes the state of Colorado can keep each year based on a formula dictated by inflation and population growth, which are known as TABOR base limits.

While it’s heralded as an accountability measure that helps keep taxes low, critics argue that the money it has saved taxpayers could’ve been used in education and infrastructure, which Proposition CC aims to help.

Referendum C was the last modification to TABOR. Passed in 2005, this modification allows the state to spend a certain amount of revenue above the TABOR base limit. However, revenue that’s in excess of the Referendum C limit must be returned to taxpayers.

Proposition CC would increase state funding to education and transportation by allowing the state to retain the revenue above spending caps that is currently required to be returned to taxpayers under TABOR.

Currently, Proposition CC is backed by CSU’s Board of Governors, who say it would “ensure CSU system schools can stay affordable and accessible for Colorado students.”

It’s true that Proposition CC may fluctuate in coming years based on the state of the economy. However, it represents a positive change in the funding of public education. Colorado’s education funding is below the national average and has been put on the back burner for other budget priorities.

The benefits afforded to transportation projects and education would be apparent and far-reaching, significantly BENEFITING taxpayers across the state.

If passed, Proposition CC could help with one-time expenses for public education, defined by the state legislature as “nonrecurring expenses for the purpose of improving classrooms.” These could include changes in curriculum or technology — it could also help retain teachers by providing bonuses or additional resources to improve teacher training.

While salary increases and ongoing infrastructure repairs aren’t addressed by the proposition, it does allow schools to invest in student success, and it represents a massive change in education funding statewide.

One argument against Proposition CC is the loss of individual tax returns at the state level. In passing this proposition, taxpayers would no longer receive refunds from the state after the TABOR revenue cap is reached.

However, this refund has only been triggered eight times since TABOR was passed in 1992. This means that the benefits taxpayers have received have been far less than the budget restraints that have throttled education and infrastructure spending. This would be the only monetary detriment to taxpayers, as there are no additional tax increases inherent in the legislation.

The benefits afforded to transportation projects and education would be apparent and far-reaching, significantly benefiting taxpayers across the state. The proposition ensures spending for these sectors without requiring it to be voted on or amended by the state legislature.

Although some insist that it’s simply a blank check, legislators in the Colorado State House recently passed a state law governing how the money can be spent, thereby limiting its priorities to education and transportation.

As the proposition requires an independent audit to be conducted for each fiscal year, taxpayers would be able to see exactly how their tax dollars would be spent, allowing for fiscal accountability and transparency.

This election season, consider voting yes on Proposition CC for the betterment of your education and for Colorado’s educational system as a whole.