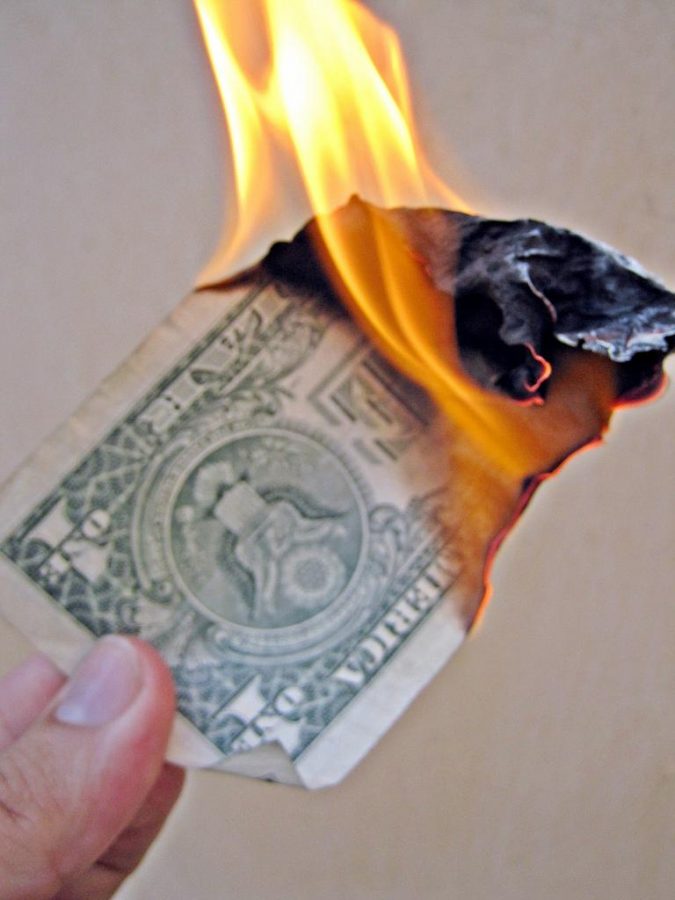 We have more options available to us today than ever before when it comes to getting an education. Different than our first 12 years of school, the college path is more of a custom experience, and much more expensive.

Many students are aware of how much college costs, and many college students wake up in a cold sweat thinking about the crippling student debt they’ve accumulated.

Whether students attend a community college or a four-year university, students will generally have to spend more money than they would like to. It’s important to consider what options a prospective student has after high school. At times, the only difference between a university and community college is the title, and taking a deeper look into the institution reveals that a community college such as Front Range can provide the same quality of education as Colorado State University for a fraction of the cost.

It’s extremely common for high school graduates to attend a four-year university after graduating. According to the Bureau of Labor Statistics, “Of the 3.1 million people ages 16-24 who graduated from high school between January and October 2016, about 2.2 million, or 69.7%, were enrolled in college.”

According to the National Student Clearinghouse Research Center, in a sample of students who obtained a bachelor’s degree at a four-year university, roughly 49% were enrolled in community college in the previous 10 years.

This data suggests that basically half of graduating high-school students go straight to a four-year university, while those utilizing community college are in the lower percentile.

It’s unfortunate that so many people are swayed to a four-year university when the quality is comparable to a community college, and, in the long run, the differences in the price tag will be very apparent.

For example, every freshman and sophomore has to take an introductory English class. Based on average public university credit hour prices, you’ll be paying anywhere from $400-$600 per credit hour for these basic classes at a typical four-year university, meaning that each will round out to $1,200-$1,800 a semester.

On the other hand, community colleges typically charge $45-$250 per credit hour, which puts a student at $135 and $750 per semester respectively. Comparing the numbers shows just how much attending a four-year university costs.

“I believe that there is no reason not to consider a community college,” Berger said. “The biggest reason I’d argue is because of the cost. You can take a lot of your general education classes there: some that even contribute to your major at CSU and save a significant chunk of change in the process.”

Community college is met with an unfair, negative stigma that those attending are lazy or not up to educational standards. This is simply not the case, as community colleges serve as an accessible entry point for those seeking a reintroduction to their education or those just getting started in their college career.

Most community colleges have open access, which means that anyone who applies is accepted. This is advantageous, as those attending can benefit from getting their general education done while establishing skills for a four-year university at a fraction of the cost.

“The class just had a much better environment than at CSU. At CSU it felt like they were trying to weed people out and were not supportive.” -Jordon Aragon, CSU alumnus

It’s possible that the resources at CSU are lacking in comparison to other institutions such as Front Range Community College. Jordon Aragon, a CSU alumnus, had a better experience taking the intro-level chemistry class at FRCC than he previously did on campus at CSU.

“The class just had a much better environment than at CSU,” Aragon said. “At CSU it felt like they were trying to weed people out and were not supportive. There was a ton of coursework that artificially made the class harder. I had to take it at Front Range because there were no other chem classes that fit into my schedule despite it being a large major, but I was really lucky in the experience I got at Front Range.”

Sabrina Mike, a communications major at CSU, said that if she could do another year at Front Range, she would.

“My classes at Front Range were just more interactive with PowerPoint presentations; they were mostly pictures that encouraged conversation and discussion rather than a lecture,” Mike said. “I felt it was easier to be more engaged, and there was more of a learning community present. Attendance really drives me to go to class, but some of my classes don’t even take attendance, and I feel that it hurts the community.”

This is my first semester at CSU after transferring from Front Range. While I was there, all I wanted to do was be at a “real” college. However, I’m glad I spent my first two years of college at Front Range, and the amount I saved in the process is the cherry on top.

It’s important to consider all aspects of the college experience. Just because all of your peers are going to a glamorous four-year university does not mean you need to follow, or follow right away.

The reality of college is that these prices exist due to the subsidizing of education, which causes universities to compete with each other. Why play their game when you can get the same quality college experience at a fraction of the cost?

Nathan Sky can be reached at letters@collegian.com or on Twitter @NathanSky97.