Thompson: Immigrants are not the ones to fear, white nationalists are 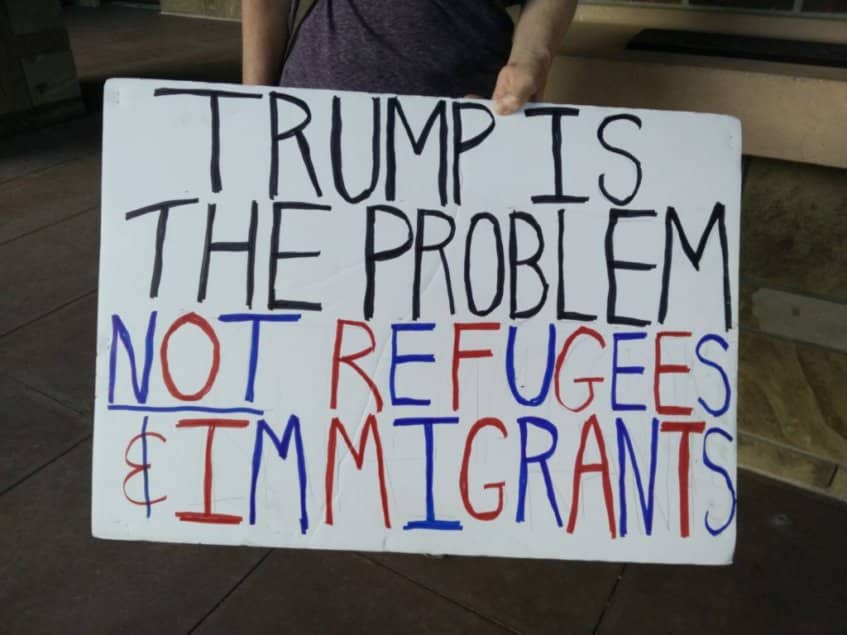 Recently, someone told me they were extremely worried about immigrants coming to our country because they might commit an act of terrorism. While that is their opinion, I don’t think this concern should be as high on our priority list as the rise in white nationalism and American terrorists.

Yes, we should be keeping track of who’s coming and going from our country — it would be foolish not to. However, we should be welcoming people with open arms, not discouraging them from seeking out a better life.

The unfortunate reality is that the terrorists we need to worry about are not coming from other countries. They are the ones being radicalized on our own soil. Mass shootings like the recent Walmart shooting in El Paso, Texas, and the 2015 attack on a Black church in Charleston, South Carolina, are not isolated incidents. This is evidence that we are in the thick of a white nationalist uprising.

The alt-right has taken to websites like Reddit and 8chan to discuss their racial grievances together — the latter being where the El Paso shooter posted his manifesto, which cited Donald Trump’s incorrect claims about immigrants’ motivations for coming to America. The connection is so evident that the creator of 8chan is insisting it be shut down.

Civil rights have made this progress evident, and white nationalists are joining together to try and put a stop to it.

Once upon a time, the then-presidential candidate announced at one of his rallies that immigrants are “bringing drugs. They’re bringing crime. They’re rapists.”

In his 2002 book “Understanding Ethnic Violence,” MIT political scientist Roger Petersen argued that ethnic killing is often caused by a particular kind of collective resentment — the feeling of injustice on the part of a privileged portion of society when it sees power slipping into the hands of a group that hadn’t previously held it.

Civil rights have made this progress evident, and white nationalists are joining together to try and put a stop to it.

Immigration and Customs Enforcement, also known as ICE, was planning to have a table at Colorado State University’s Career Fair on Sept. 24 and 25, until they were asked not to as racial tensions on campus are running high.

While some data is available on immigration and crime, most places don’t keep track of it based on nationality. More recent claims by President Trump about crime and immigration did not specify where they got the data from. The president likely gleaned his numbers from data released by ICE that summarizes arrests of immigrants who are released into their custody and then removed from the country.

The media plays a large role in shaping the public’s perception. It’s important to scrutinize their data and do your own research. For example, one study of late-night news outlets in New York City in 2014 found that the media reported on murder, theft and assault cases in which Black people were suspects at a rate that far outpaced their actual arrest rates for these crimes.

Immigrants are an important part of American history, and we shouldn’t minimize their contribution to making America what it is. The fear-mongering stoked by Republicans has distracted us from the very real threat of white nationalism, and it’s up to us to recognize it and shut it down any chance we get.

Madison Thompson can be reached at letters@collegian.com or on Twitter at @heyymadison.