Thompson: Climate change is not your personal responsibility 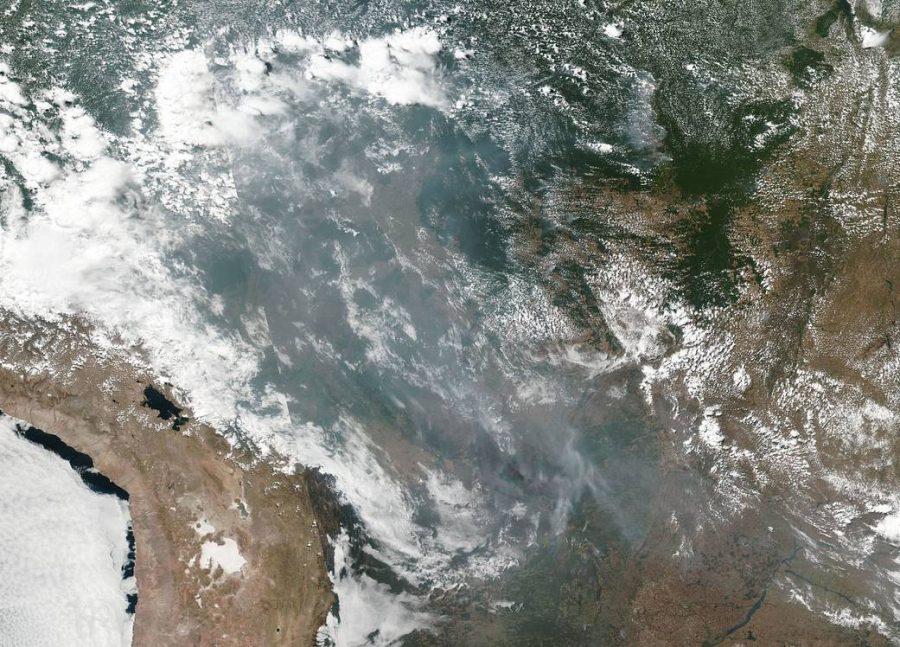 People will tell you to recycle, buy a reusable water bottle, go vegan and ride your bike to work, yet none of these efforts will solve climate change.

Most of our behaviors are a result of the system we are forced to live through. For example, we wouldn’t have to recycle if companies invested in technologies for single-use items, like plastic water bottles, to be more sustainable.

Another example is the Amazon Forest fires. The 90,000 fires taking place in the Amazon Forest are a direct result of President Jair Bolsonaro’s pro-business policies. He supports clearing the Amazon for agriculture and mining, which not only contributes to climate change, but forces more than 1 million indigenous peoples out of their homes who depend on the forest for their food, medicine, clothing and sense of identity and belonging.

As westerners, it feels like we’ve almost reached a point where we’ve been reduced to nothing more than passive consumers, with no real impact on dismantling the system that’s created so many of the environmental problems we’re facing today.

According to an article from Active Sustainability, 32% of emissions come from public investor owned companies, making their investors a key agent in the transition to a sustainable economy. These investors could make their economic support conditional on the companies committing to decarbonization of the energy sector.

Living in a way that consciously considers nature seems like a chore because we’ve been conditioned to participate in behaviors that prioritize productivity. However, that’s not to say that we shouldn’t be trying. We want convenience and sustainability to be prioritized, but until we reach that point, we are forced to engage in these passive behaviors. The collective goal should be to push past this stage so that future generations don’t have to.

It can be hard to keep that perspective when there are billionaires flying in their private jets to go to Coachella like it’s not that big of a deal.

We should be living in a way that is conducive to Mother Nature, but instead, we’ve built industry after industry by working against nature’s natural processes in the name of speed and efficiency. It’s created a divide between humanity and nature, and the disconnection makes us apathetic to changing our behavior. Many people just don’t see the use — why should you have to stop using straws when there are so many other problems?

We want convenience and sustainability to be prioritized, but until we reach that point, we are forced to engage in these passive behaviors.”

This sort of mindset is “green capitalism,” which promotes buying green and recycling as if it justifies capital exploitation. This is sometimes also referred to as eco-capitalism, where governments use market-based policies, like carbon taxes, to resolve environmental problems.

Slapping industries on the wrist won’t solve the problem. Yes, their actions need to have consequences, insofar as they will prevent them from happening again in the future. But a small fine isn’t enough for multi-billion dollar companies to be held accountable.

We are resorting to putting pressure on personal responsibility instead of systemic failures because it’s easier to do, and that’s okay. However, these personal efforts should not be considered a means to an end. The change we need is with big corporations, not just personal efforts.

This could lead to the very real possibility that we are the first generation to experience “climate apartheid,” where the rich pay to escape hunger and conflict while the rest of us suffer.

Maybe we should stop referring to it as anthropogenic climate change and start calling it what it is — capitalist climate change.

Madison Thompson can be reached at letters@collegian.com or on Twitter at @heyymadison.