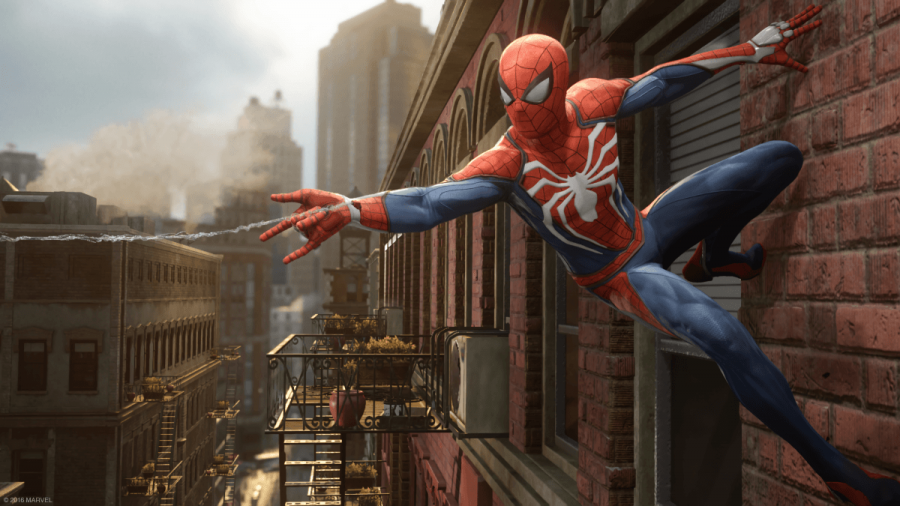 Spiderman in Spiderman PS4, another Sony Spiderman product that is very good.

Editor’s Note: All opinion section content reflects the views of the individual authors only and does not represent a stance taken by the Collegian or its editorial board.

Spider-Man has been plucked from his warm comfy home of the Marvel Cinematic Universe and thrust back into the control of Sony — and honestly, that’s not the worst thing for him.

His time in the MCU has been a lot of fun, admittedly. “Homecoming” is the Peter Parker movie I’ve always wanted, and “Far From Home” was a globe trotting adventure deserving of such a great character. Spider-Man’s time on the Avengers was short lived and will surely be missed, but despite all of this, I have high hopes for the webslinger’s next adventures.

Much of today’s news about Spider-Man has mischaracterized recent discussions about Kevin Feige’s involvement in the franchise. We are disappointed, but respect Disney’s decision not to have him continue as a lead producer of our next live action Spider-Man film. (1/3)

Many voices out in the world are wailing about how this will be a return to the dark days of “Amazing Spider Man.” I believe with how well Sony has done recently, these coming films will be far better than expected.

“Venom” was surprisingly good, where Tom Hardy showed his romantic side and crawled into a lobster tank. “Into the Spiderverse” is the best Spider-Man movie there has ever been. With these creative teams, Tom Holland and a studio that clearly cares about Spider-Man despite their mistakes, these new movies will pull through.

The late Stan Lee’s daughter even agrees with Sony, saying ”Marvel and Disney seeking total control of my father’s creations must be checked and balanced by others who, while still seeking to profit, have genuine respect for Stan Lee and his legacy.”

All of that being said, it’s not really Sony’s fault that Spider-Man got pulled in the first place. Disney is the one who asked for more of the profits from all new movies while still owning all merchandising rights to the character. Disney is also the one who is pushing Kevin Feige away from the Spider-Man Intellectual Property to focus him on things they outright own.

The fans shouldn’t punish Sony for doing what they think is best for their business, seeing as they aren’t punishing Disney for the same.

It’s also true that no matter what, both companies would have been posed to make a substantial amount of money. No one is making their decisions based on what’s best for the fans at large — there’s corporate greed on both sides.

The fans shouldn’t punish Sony for doing what they think is best for their business, seeing as they aren’t punishing Disney for the same. Nor should they punish Tom Holland or any of the wonderful people that will continue Peter Parker’s story. Those people have very little or no control over things like this and are just doing their jobs.

In the coming days, we might all see that right now is just a momentary setback in negotiations and that Spider-Man isn’t going anywhere. The fun movies about the fun character will most likely still be fun, even if they aren’t in the MCU.

Fynn Bailey can be reached at letters@collegian.com or online @FynnBailey.