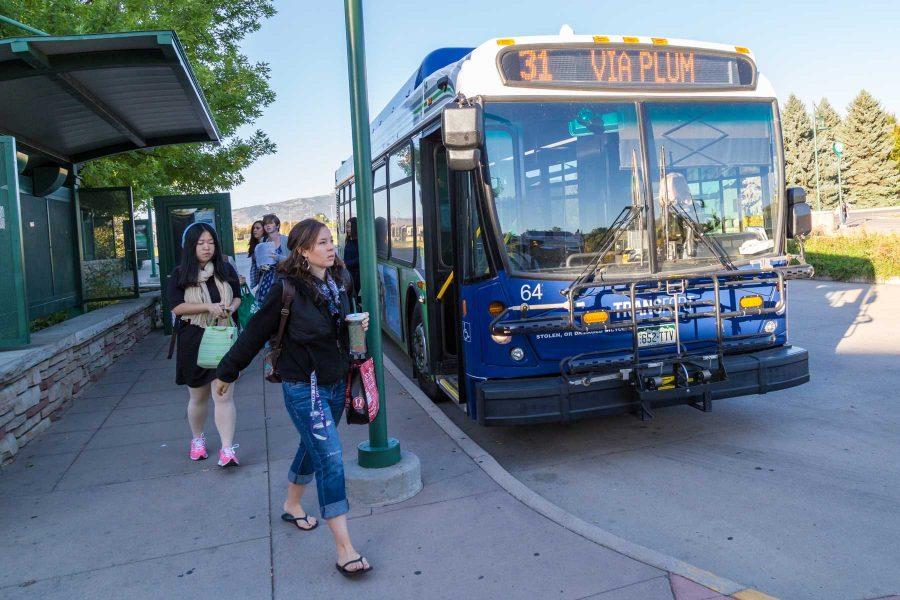 Trying to get around Fort Collins is painful on the best of days and mind-numbingly slow on the worst. That’s true whether you’re in a car or on bike — and especially true if you’re taking the bus.

Taking the bus can be an amazing way to travel. They’re far more environmentally friendly than a car, and they keep you out of the cold, unlike riding a bike. Plus, people can actually make friends riding the bus.

A major downside of the Fort Collins public transportation system is that it’s nearly impossible to get anywhere directly. This downside is suffered too often in this growing city. The bus system provides an easy trip to campus — and unfortunately, that’s all people can realistically use it for.

For a student living on campus to go to dinner on Harmony, it’s a 40 minute trip both ways. To get from the King Soopers on Elizabeth to Raising Canes takes half an hour. Those two trips, respectively, take 11 and six minutes by car.

It’s imperative that the busing system gets the attention it needs from this new City plan.

According to the Environmental Protection Agency, a typical passenger vehicle releases about 4.6 metric tons of carbon dioxide a year. A bus with a bigger engine releases more. The study “Public Transit Buses: A Green Choice Gets Greener,” shows that if only 11 people are riding the bus, then it’s already more efficient than a car. If around 40 people are on the bus, it becomes up to four times more efficient.

As more people move to Fort Collins, the bus will naturally be looked upon more favorably, like taking the subway in New York City, because traffic is a nightmare.

The more people that ride the bus, the better it is for the environment. More people riding the bus also means less congested traffic.

If everyone rode their bike, then the carbon footprint could be erased completely. Unfortunately, the average low temperature in Fort Collins drops to 26 degrees in November and usually stays under 30 degrees until April. Biking in the cold is not a choice everyone wants to make.

Annual bus passes in Fort Collins cost $154 for non-students and are included in the fees of every Colorado State University student. Students already pay for it, so they might as well use it.

On average, a bike can cost around $350 a year. That includes repair costs, the chance of theft and accessories like locks. The bus is a cheaper and warmer option than a bike while still being environmentally conscious.

The problem is that people aren’t choosing to take the bus. Their cars are a more convenient and comfortable option that gets them places faster.

According to World Population Review, Fort Collins is on its way to being one of the major cities of the West, and its public transportation should match that of a major city.

In order to push people to do what they should and take the bus, it needs to be actually suitable to their wants and needs. As more people move to Fort Collins, the bus will naturally be looked upon more favorably, like taking the subway in New York City, because traffic is a nightmare.

That won’t be enough if Fort Collins doesn’t focus more of their resources on a better bus system.

When they build a new system, the bus routes should be rearranged with more diagonal paths, like the six route and the 18, to help people get across town without so much of hassle. It should only take 25 minutes to get from CSU to anywhere on Harmony.

Taking the bus should be the thing people want to do, not the choice they’re forced to make.