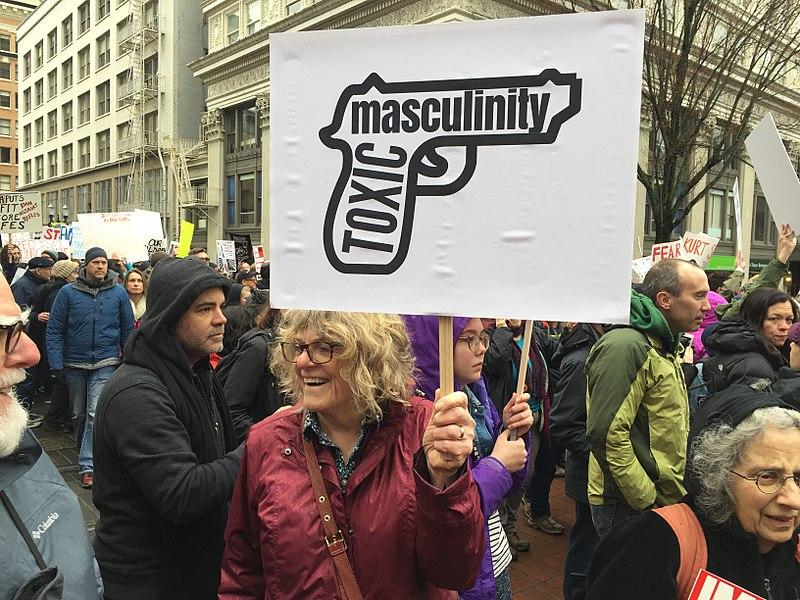 Women handle a lot. Pew Research notes that we still only get paid 85% of what men earn. According to NPR, nine states have outlawed abortion in 2019. And elites like Jeffrey Epstein and Donald Trump remind us that the men in this country are still hostile to women in a variety of ways.

The men in our lives, no matter how large or small a role they play, should not expect us to help them unravel their own issues of toxic masculinity on top of everything else we have to deal with.

Traditional American culture calls for men to be strong and stoic. Catcalling women, refusing to hug a male friend or ridiculing “girly” colors are all still common and ridiculous male behaviors.

And while something as small as avoiding the color pink seems harmless, the mentality behind it is detrimental to society. Some try to suppress emotions and fit into an idealized version of “maleness,” and those who fail to fit the ideal become ostracized.

“Men should make an effort to be better for themselves and for the women in their lives for reasons of morality.”

This can be especially harmful to minority groups, such as members of the LGBTQ community, who routinely get attacked for not adhering to gender stereotypes. And all too often, women are expected to fill the roles that are unfit for this idea of masculinity.

Too often, women are expected to act as film critic Nathan Rabin would call a “Manic Pixie Dream Girl,” or a character who exists only “to teach broodingly soulful young men to embrace life and its infinite mysteries.” This ideal implies that women are responsible for the emotional well-being of the men with whom they associate themselves.

This mentality not only teaches women that their purpose is to serve men, but it also provides a penalty for not doing so. For example, if a woman fails to teach her husband how to get in touch with his emotions, she will likely be the victim if he lashes out in stress or anger.

Women are constantly going through a process of reteaching, which helps us live the way we want to live, instead of the way society wants us to. Men can easily do the same thing. The issue is they don’t have the same incentive.

For women, the act of breaking societal standards brings empowerment. But for men, it could result in getting compared to a woman, which implies a lack of power.

But no matter how the power lies, men should make an effort to be better for themselves and for the women in their lives for reasons of morality.

Both women and men who exist in a binary, heteronormative society such as ours are expected to look, act and feel certain ways that are unfair and unrealistic. But that’s doesn’t mean we have to take it out on each other.

Abby Vander Graaff can be reached at letters@collegain.com or Twitter at @abbym_vg.