Leibee: The democratic party is caving in on itself 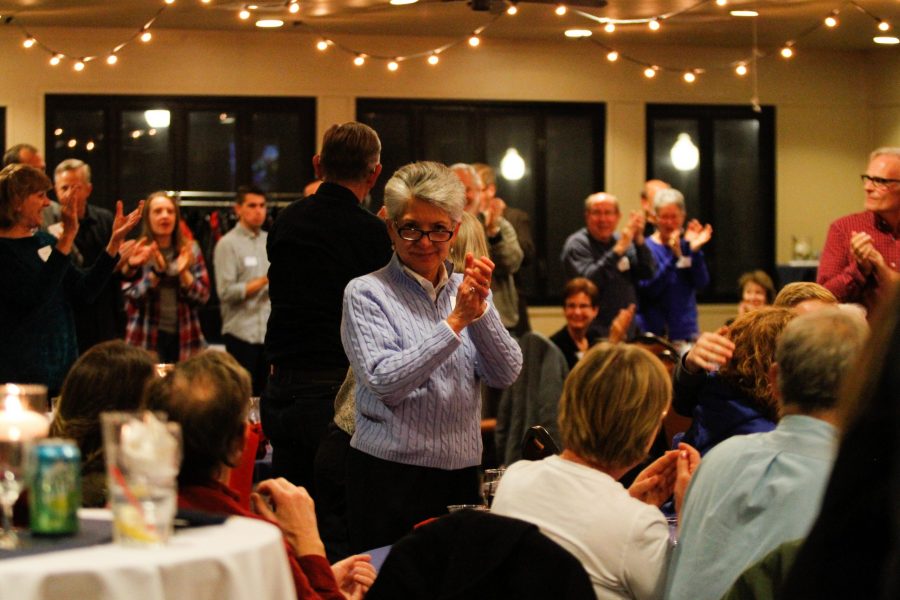 The question of how Democrats are going to win the 2020 election has been a conversation since Trump was elected. Democrats got to work — mourning the loss of what seemed like a for sure win — with the new knowledge that no election is guaranteed, no matter what the candidates and polls look like on the surface.

The first Democratic debates that took place June 26 and 27 gave Americans a glimpse at what the future of this country might look like. Americans listened intently and focused on the policies and behavior of each candidate, carefully ranking who might win in a debate against the current president.

The Democrats look like they might take each other down before anyone can lay a hand on the president. The candidates circled around identity politics, stealing points from each other wherever possible. They came across as very far left, risking their chance to win over moderates.

Overall, the Democrats seemed to forget that we are all on the same team. As Sen. Elizabeth Warren put it on the first night, “I want to return the government to the people.”

That is the goal, isn’t it? The end result that Democrats are striving for is to essentially undo what has been done by the current government, announcing to the world, “Hey, America is back!”

On the second night of the debates, Sen. Kamala Harris calmed candidates down by saying, “America does not want to witness a food fight. They want to know how we’re going to put food on the table.”

That was the truest statement of the debates. The Democrats shouldn’t fight each other; they should promote the policies that will fight the problems facing the country.

The Democrats should have debated over whose policies and ideas are more likely to get us to a healthy economic, political and social state of being. While that was part of the conversation, the debates also took a turn away from that. Candidate Eric Swalwell took a jab at Joe Biden’s age, telling him to “pass the torch to the next generation.”

Harris went after Biden’s past in opposing busing, which while an important topic, is not the most necessary issue to bring up at a first time debate getting to know the candidates and their policies.

Healthcare was a large topic both nights. Bernie Sanders, known to be extremely far left, said he would abolish private insurance in favor of public insurance, having citizens pay more in taxes for public healthcare but less in insurance premiums.

A lot of the Democrats had similar, far left ideas to bring to the table, with a few exceptions such as Andrew Yang’s idea to give every adult citizen in the U.S. $1,000 a month. Every candidate on stage had the same goal: a Democratic government that benefits the working class.

The mess is created when everyone’s ideas on how to reach this goal don’t align, resulting in people fighting each other rather than the actual policies.

People are awestruck by how many Democratic candidates are running for president. If the Democrats’ goal, truly, is to restore the government, then why has this turned into a political battleground of 20 people, all claiming they are the best Democrat?

Everyone wants to be the person that took down Trump, and no one wants to be the one that can’t. The Democrat that wins this election will earn their own personal triumph in history, regardless of how well their administration does. They are the one who brought America back.

But working class Americans don’t care about that. The party cares about ending the chaos at the border, raising the minimum wage, making healthcare more affordable, reducing income inequality and ending gun violence. Democrats aren’t going to vote for someone because they are young or old; they are going to vote for the person with the policies and experience to do those things.

Putting each other on trial is not going to get the Democrats into office. What we saw at the debates last week was not hope for a Democratic win. What we saw was a glimpse into the political food fight that Trump will get to watch from the comfort of the Oval Office, and the Democrats will have done it to themselves.