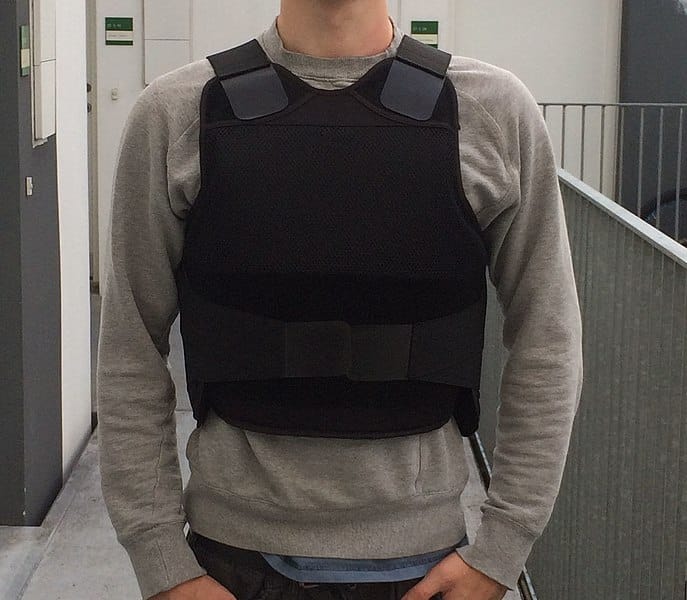 Yesterday, the Colorado State University Health and Medical Center announced that it’s going to provide complimentary bullet proof vests to students at the start of the 2019 fall semester.

According to the American Public Health Association, gun violence kills 38,000 Americans each year and is a leading cause of premature death in this country. As school shootings become more common, gun violence is increasingly viewed as a public health concern.

“In addition to the ‘Forever Green’ T-shirt and a clear drawstring bag, incoming freshman will now be issued a military grade bulletproof vest during orientation,” Admissions Director Sekinda Mendment said.

“We try to show our Ram Pride in everything we do, which is why each vest has a Rams logo and American flag on the front as a celebration of our heritage as a public land grant university,” -Joyce McConnell

The Health Center plans to offer the vests until it feels the government has effectively decimated the number of school shootings in the area. Dr. Amer Icah defined this threshold as “when government officials stop taking money from the NRA,” which can also be defined as “no time soon.”

“For our returning students, vests will be provided at the Health Center,” Dr. Icah said. “They can be found next to the free condoms at the pharmacy counter. I just hope the gun violence epidemic will clear up the way colds do.”

The Collegian attempted to reach out to Tony Frank regarding the vests, but we were informed he’s swimming in margaritas on an unreachable island, properly enjoying his retirement.

“We try to show our Ram Pride in everything we do, which is why each vest has a Rams logo and American flag on the front as a celebration of our heritage as a public land grant university,” remarked incoming University President Joyce McConnell. “We couldn’t imagine expecting Colorado students to attend school in an instance of snow or wind, but if we canceled school every time there was a threat of violence, we would never get anything done.”

The students had their own opinions on the matter.

“Our campus has programs like RamRide and SafeWalk for commutes to and from campus, but I feel much safer out at night than I do in a classroom,” said junior Kate Brown as she fiddled with the can of pepper spray on her keychain. “I think the vests are a great idea.”

Another student, who tried on one of the bulletproof vest prototypes, didn’t think it was the best idea.

“Why would we waste money we could be using on the border wall on a silly thing like school safety?” he said from beneath his MAGA hat. “After all, guns don’t kill people; people kill people.”

Abby Vander Graaff can be reached at letters@collegain.com or Twitter at @abbym_vg