The Rocky Mountain Collegian • May 1, 2019 • https://collegian.com/articles/opinion/2019/05/category-opinion-leibee-heterosexual-women-should-demand-more-from-male-partners/ 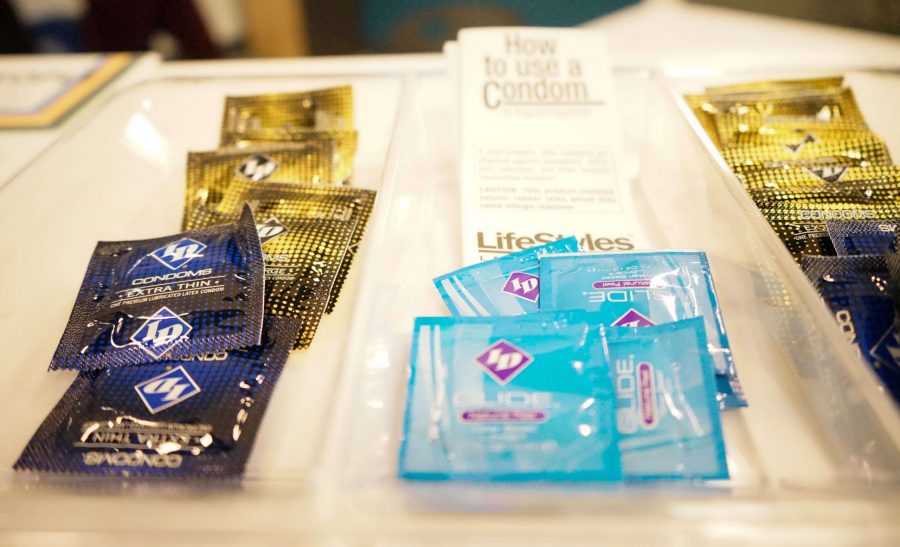 A tray of free condoms at the CSU Health Center. (Skyler Pradhan | Collegian)

College has been an eye-opening experience in regards to relationships and the way men treat heterosexual women. Everyone has heard “He’s just a dumb college boy” as an excuse for men treating women as sexual objects.

As generations have progressed — from the times of men trying to impress women with stereotypical romantic gestures, to the present, where the absolute minimal amount of effort from a man is seen as better than nothing at all — the younger generation has come to accept the latter as the norm.

Heterosexual women should, quite frankly, demand more from their male partners than casual hookups and confusion over what they want. Alongside the sexual revolution that has allowed women to embrace their sexuality, there are still people that want relationships, or at least want more than a half-assed conversation before sex is expected.

Lisa Wade’s book “American Hookup” details the history of how we got to the college-hookup culture we are currently living in.

Fraternities were originally created as organizations that embraced irresponsibility and reckless behavior in response to colleges that tightly controlled them. Eventually, part of what made them so reckless was their sexual “conquests” of women.

As fraternities became larger and more popular on college campuses, so did this mentality, and the hookup culture seen at every campus was born.

Just because this is the norm, however, doesn’t mean that it’s good or that everyone should have to participate in it. This culture is patriarchally controlled.

A Montclair State University’s college student journal reported, “Women may prefer dating to hookup behavior, but have limited options for physical or emotional relationships outside of hookups due to patriarchal control within dating norms and the hookup culture.” This culture was not created by women, and there is not necessarily a clear way out of it.

What women on college campuses can do, however, is expect more from their male partners than just a hookup. Men and women play into this culture: men by perpetrating it and women by accepting it. But women can demand more than this. If they don’t want to, women should never feel pressured to hook up with someone, to accept the lowest amount of effort or to make excuses for men that only want one thing.

Men and Women play into this culture: men by perpetrating it and women by accepting it

Straight male sexual entitlement is part of the issue. Even Former Vice President Joe Biden was called out on his tendency to touch women without permission, not in an aggressive manner, but because of a learned entitlement. As a college female, my other female friends and I have talked about times when we were grabbed or a guy rubbed our knees or legs just because the culture we’re in perpetuates the idea that such behavior is okay.

Women, then, will generally make excuses for men. We brush off flaky guys that move on quickly when they don’t get what they want from us, reasoning with, “He’s just a college boy.” We give men the benefit of the doubt with, “This is just what guys do.” We accept it rather than acknowledge that it’s something we are not okay with.

It is not to say that hookup culture does not work for a lot of people, because it does. However, it’s still true that this norm can become toxic quickly and can create difficult situations for people actually looking for relationships or even just respect in sexual interactions.

This generation is unique in that we can find relationships online with the touch of a button and send pictures so easily to each other. Even so, ladies, a little respect should not be a lot to ask from a man.