Leibee: It’s not inclusive if it’s not intersectional 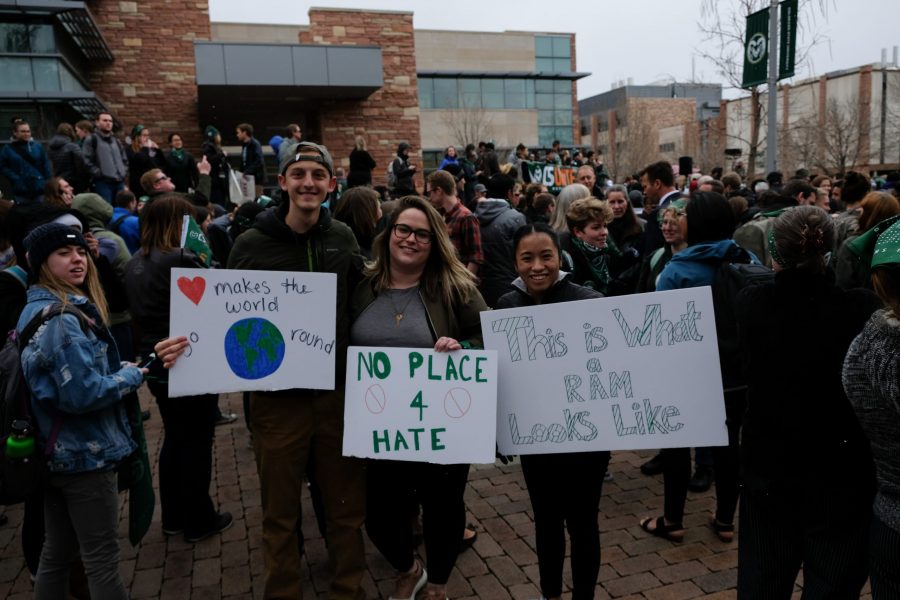 Colorado State University has pushed inclusivity for as long as most of us can remember. From putting the principles of community on posters to handing out “No Place 4 Hate” pins, CSU has never failed to remind students of its intentions.

It is not news, however, that CSU has seen multiple incidents of racial discrimination recently. We saw it with the students sharing stories of discrimination on social media as well as with the hate speech found in Warner College just last month.

With CSUnity coming up, it is important not to overlook the lack of intersectional inclusion on this campus. It is one thing to intend to be inclusive of everyone, but it is another thing to actually show that.

People on this campus will gladly speak up about feminist and LGBTQ issues because they affect white people. Once it becomes an issue of race, such as the multiple incidents of discrimination, students and organizations often suddenly forget they have a voice.

You don’t get to call yourself inclusive if you pick and choose the genders, races, ethnicities and sexualities that you are supportive of.

This lack of intersectionality when fighting for inclusivity might come from the trend of victim-hood in our society, especially among white people. Psychology Today says that, “In our culture of victim-hood, victims can be excused for victimizing others, taking away the rights, freedoms and autonomy of others, in service to their victimization.”

“People on this campus will gladly speak up about feminist and LGBTQ issues because they affect white people.”

We see this when people jump to correct others when they mis-gender someone or say “you guys,” rather than “ya’ll” but remain quiet when an obvious act of racism occurs. It’s not that mis-gendering should go unnoticed, but standing up for issues facing one group of people is less impactful when you are not standing up for all people.

It is easy to excuse racism when it comes from someone who has been the victim of something themselves, whether that be sexism, ableism, homophobia, mis-gendering etc.

However, that should no longer be an excuse. Although this campus has a predominately white population, that doesn’t mean we should only focus on the issues that affect the dominant population. If we can ask people to respect the million different identities that white people have, we should be able to ask them to respect people of color.

As a white, cisgender, heterosexual female, I recognize my privilege on this campus, but I also recognize that because of my identities, I have an opportunity to say the things that are not often listened to, even if I am not speaking on behalf of myself.

Ally-ship, a relationship of trust and respect with marginalized groups, is not true ally-ship if it is not intersectional.

Feminism without intersectionality is a form of white supremacy. Standing up for issues affecting white people but failing to acknowledge racism at all is another way of saying the issues that affect white people deserve the most attention and discussion.

A possible way to counter this problem may be more simple than it seems.

Rather than plastering posters all over with the principles of community, using the words “diversity and inclusion” like they are concretely defined, or creating more generic slogans, we should just ask people to not be racist.

Rather than just saying “No Place 4 Hate,” we should also say “no place for racism,” because clearly we need to be reminded.

It doesn’t take a lot to do these things and it doesn’t mean we have to forget about other marginalized groups.

All it requires is to recognize the privilege of white people and for once think outside of it. That is not a lot to ask.