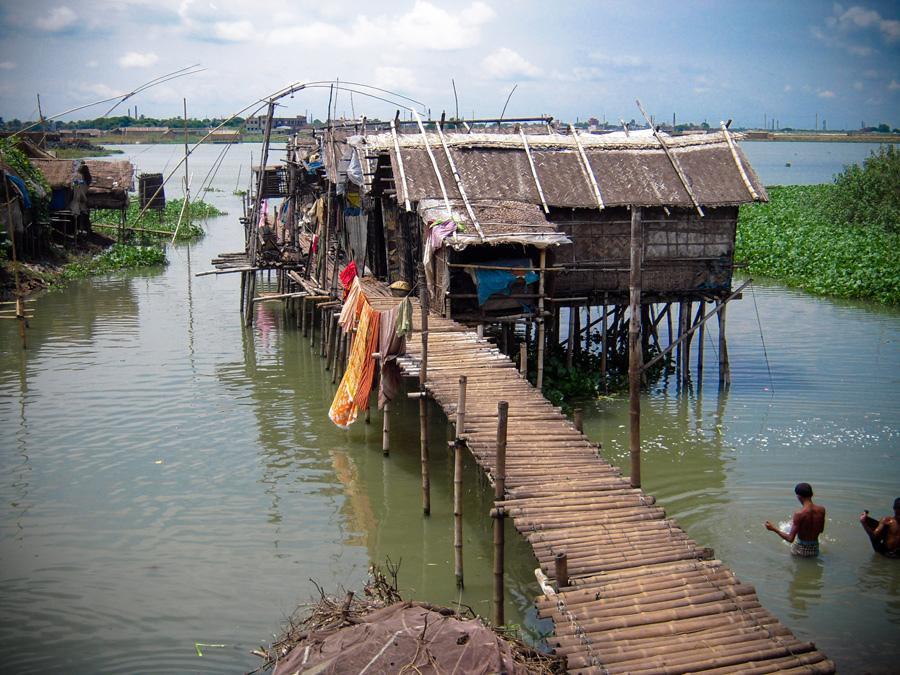 The scientific community is finally ringing the alarm on climate change. We’ve all heard that in order to avoid catastrophic consequences, we need to limit the overall rise in temperature to two degrees Celsius.

Unfortunately, scientists now predict that we are on track for four degrees Celsius of warming. This is twice as much as most scientists believe we can endure without inflicting climate suffering on hundreds of millions of people, threatening our institutions and civilization as a whole.

There is no historical precedent for climate change. With what we know about climate change and its consequences, further refusal by those in power to take serious action should be considered a form of genocide.

Former Foreign Minister of the Marshall Islands Tony de Brum did not hold back when he first made this claim. Forced migration not only physically displaces vulnerable populations, but the “destruction of cultural language and tradition is equivalent in our minds to genocide,” de Brum said to Radio New Zealand.

Islands are especially susceptible to sea level rise. Coral reefs, an integral part of the ecosystem that many island nations thrive on, are also prone to bleaching, which can lead to extinction in several species.

Any attempt to mitigate climate change relies on a complete rebuilding of the world’s energy infrastructure, a thorough reimagination and implementation of agricultural practices, a new standard American diet to entirely eliminate carbon emissions from farming and a significant amount of cultural change in the way Westerners have come to conduct their lives.

Two degrees of warming means severe melting of the ice sheets and inevitable sea level rise. Several of the world’s major cities, most being on the coasts, are likely to flood. Venice, Italy and Miami, Florida are already experiencing these effects.

Climate change will force millions of people to migrate, known as climate refugees. Low-income populations, despite contributing the least to environmental damage, especially those from developing countries, will be disproportionately affected.

With what we know about climate change and its consequences, further refusal of those in power to take serious action should be considered a form of genocide.

We’re lucky to live in a developed nation. We don’t rely as much on the natural environment like millions of other people do. Food, shelter, water, fire, warmth and income-generating activities are all largely dependent on natural resource availability.

According to an article in New York Magazine, it is estimated that if the best case scenario plays out — two degrees warming — 400 million more people will become water scarce.

Sea rise is certainly one of the main factors contributing to the movement of climate refugees. Some of the unintended consequences are things like the weather simply becoming too extreme: too hot, too cold, too dry, too wet. Crops and livestock may not be able to adapt to the new climate and therefore die out. The scarcity of natural resources will inevitably lead to more conflict, as it always has.

An easy way to counter carbon outputs are carbon taxes. Right now, the average cost of carbon output per ton is $8. Scientists suggest that we raise that to $5,000 by 2030, and even $27,000 by 2100, according to the same New York Magazine article.

Corporations should bear the brunt of responsibility for their role in climate change, but given the current administration, that is unlikely to happen any time soon.

Individual actions can and should be taken. Walk or ride your bike. Use public transportation. Eat less meat. All of these things are still important.

Things seem bleak, but humanity has an opportunity to set a very poignant precedent. It’s time institutions and governments start treating climate change as the existential threat that it is. Industrialized nations are responsible for climate change, yet it will mainly affect those with the smallest impact: the most vulnerable populations on Earth.

Climate change will not be the end of the Earth, but it will be the end of life as we know it. Humans have nothing to gain and everything to lose by ignoring the biggest crisis humanity has ever known.