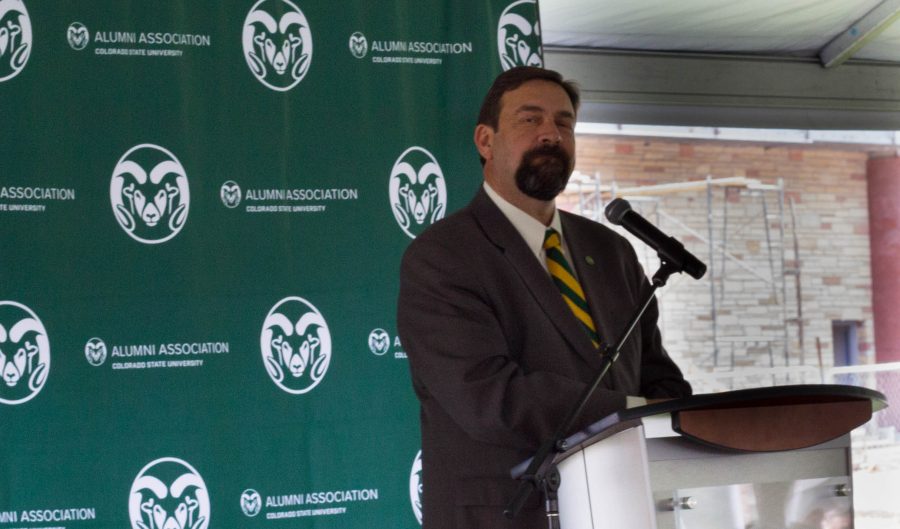 Editor’s Note: This is a satire piece from The Collegian’s opinion section. Real names may be used in fictitious/semi-fictitious ways. Those who do not read editor’s notes are subject to being offended.

U.S. Immigration and Customs Enforcement alleges that the rapper has overstayed his visa in the states, which expired in 2006, after arriving in the U.S. in 2005. Many have come to his defense, but Tony Frank may have been the last person on anyone’s mind to show support for the artist.

“I’ve been a part of the slaughter gang for years,” Frank said in a press conference held over the weekend.

Frank’s Spotify shows that he has listened to the artist since 2015, with his favorite songs being “Dip Dip,” “Bad Business” and the classic “Bank Account.” Frank has also requested that the warm up tracks for the Universities basketball and volleyball incorporate 21 Savage’s music.

Frank has cited similarities between Savage’s most popular song “Bank Account” and his tenure as president at CSU.

“When 21 Savage said ‘I tear down the mall with the b*tch,’ it was the deciding factor for me when thinking about building a new stadium and to tear Hughes down,” he mentioned. “If 21 Savage could tear down a mall, I could tear down Hughes.”

Frank also said the lyric “she say I got a ruler d*ck” really spoke to him in a way no other piece of music had. This prompted a five-minute tangent in which Frank prattled on about his own member.

Frank’s normal campus wide emails are fairly long, but this one was longer than Savage’s aforementioned member. The most important part of the email was Frank’s plan to keep the rapper in the U.S. Frank plans to adopt 21 Savage as his son, therefore granting him legitimate citizenship and keeping him in the states.

“I need him more than zone six does,” Frank said, choking through tears at the thought of 21 Savage being deported to Great Britain.

Whether or not this plan will come to fruition remains uncertain, but we at The Collegian will keep you updated.

Satirical writer Ethan Vassar can be reached at letters@collegian.com or online @ethan_vassar