Head to Head: College drinking patterns should not be considered alcoholism 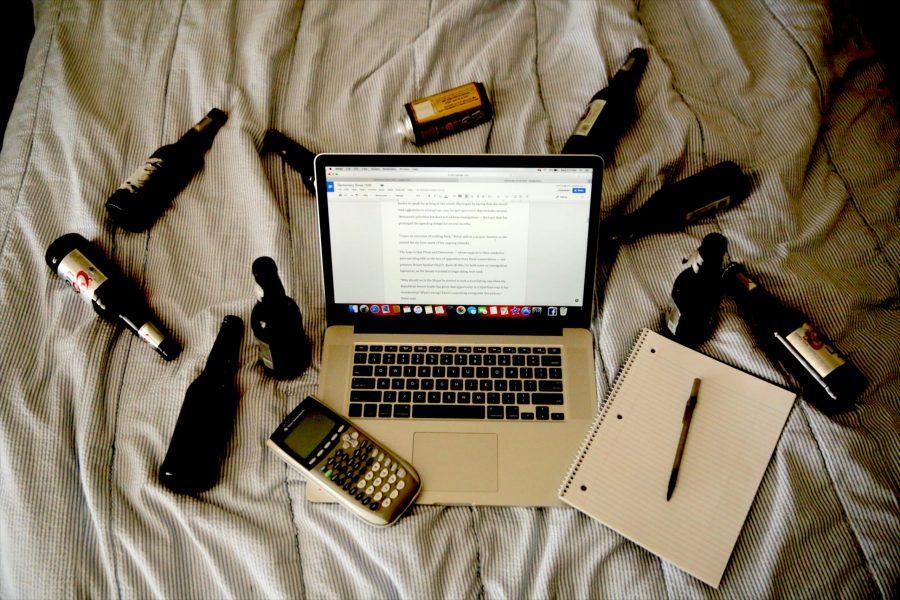 This is a head to head column. Read the opposing view here.

Take a walk through any residence hall on this campus and one is sure to find alcohol sitting out, hidden in cupboards or stashed in water bottles. It is not news that students at Colorado State University drink.

On this campus and among people my age I have heard the phrase “I’m an alcoholic” used countless amounts of times. Students say it as a joke, use it as an excuse, and in a few cases they might actually mean it.

However, the word “alcoholic” need not be thrown around or taken lightly. Typical college drinking patterns are not a form of alcoholism, rather just poor choices influenced by an unhealthy environment.

One of the most common college drinking patterns is binge drinking. My colleague Shay Rego argues that this is a form of alcoholism. However, even if most college students participate in this unhealthy habit, binge drinking should not be considered the same as alcoholism.

According to the Mayo Clinic, “alcohol use disorder, which includes a level that’s sometimes called alcoholism, is a pattern of alcohol use that involves problems controlling your drinking, being preoccupied with alcohol, continuing to use alcohol even when it causes problems, having to drink more to get the same effect, or having withdrawal symptoms when you rapidly decrease or stop drinking.”

Rego argues that 20 percent of college students meet the criteria for alcohol use disorder, but that does not mean those 20 percent are engaging in typical college drinking patterns.

What we are talking about is whether patterns such as social drinking and occasional binge drinking truly count as alcoholism, even at its lowest level.

Rego also argues that binge drinking is a form of alcoholism because once binge drinkers start drinking, they cannot stop. However, according to Rego’s source addiction.com, even though binge drinkers consume it in great quantity, they are typically not alcohol-dependent, which is necessary to constitute true alcoholism.

Another pattern in college is social drinking. According to one study, students revealed that the principal purpose for drinking is to engage in social interactions. However, the Mayo Clinic states that a symptom of actual alcoholism is actually retreating from social and work activities.

If typical college drinking patterns were a form of alcoholism, then many students would be failing to fulfill their academic and work obligations, as well as having so much of a dependency that they bring it to unsafe or inappropriate situations.

Initial alcoholism is not always obvious. It is slow and discreet, and the addicted person and their loved ones will do everything in their power to deny its existence.

The phrase “I’m an alcoholic” has heavy emotional weight for many people. Those words should be treated with respect and reserved for those who have experienced the struggles of this disease, not college binge drinkers who have never seen how alcohol can destroy people’s lives.