It’s time for men to be worthy of manhood 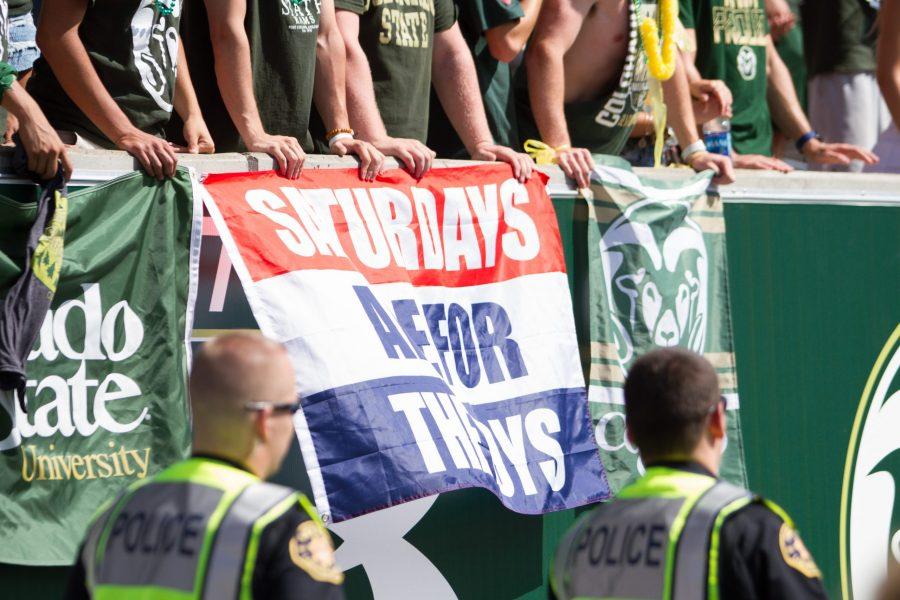 CSU students hold various signs up during the game, including one that says "Saturdays are for the Boys" during the CSU vs Oregon State game on 8/26/17. (Tony Villalobos May | Collegian)

Editor’s Note: All opinion section content reflects the views of the individual author only and does not represent a stance taken by The Collegian or its editorial board. Guest columns are the view of a campus community member who periodically contributes columns.

We must decide what it means to be a man. Between the American Psychological Association’s recently released Guidelines for the Psychological Practice with Boys and Men, and Gillette releasing an ad asking “Is this the best a man could get?” it should be abundantly clear that now is the time.

Men must decide who they will be, how they will behave, and to recognize the power, privilege, danger, and beauty within them. Just as importantly, we must start listening to those who have traditionally been marginalized, silenced, criticized, and abused.

If we want to understand the issues of our time we must be able to call the problem out by name. The APA does this in their recent guidelines by describing the problem as a “particular constellation of standards crystallized within a masculinity ideology.”

Although I do not agree that everything they include in the term “masculinity ideology” is bad, like the features “achievement, adventure, and risk,” they do make a good point. The problem is not directly men but the standards to which we hold men. These standards are all too often dangerously lacking.

Low standards of behavior for men is the primary focus of Gillette’s ad which repeatedly highlights the tautological idiom, “Boys will be boys.” This statement, which on its face is as pointless as saying “haters gonna hate,” is often used to excuse or endorse the conduct of young men.

Taken to its extremes, the phrase is used to abdicate one’s responsibility to be upright and decent and to excuse irredeemable actions. All too often this tactic is preserved for those who are the most privileged.

Gillette’s ad aims to remove privilege as an excuse for stupidity and malevolence and ask if men should not be held to higher standards by themselves and others.

Men holding themselves to higher standards is a crucial part of the equation but men are unlikely to speak up and take responsibility if they are being cast as irredeemable villains. Even if that depiction is accurate sometimes.

It is fair to say violence and crime are male issues as much as they are predominantly done by men. It is also true that most men are not the cause of the problem.

This is not meant to excuse men from being watchful of themselves and other men, as one of the major risk factors for the commission of a violent crime is being a man. However, there are still other risk factors that must be taken into account.

Take for instance R. Kelly, a serial abuser of women, rapist, pathological liar, and sociopathic R&B superstar. Kelly is the worst of what men have to offer but if the documentary “Surviving R. Kelly” can teach us anything, it is that men like him are not made in a vacuum.

Without friends to condone his behavior and help him to secure vulnerable women to abuse it is unlikely that his life of crime and violence would have been as prolific. At the same time, if he had not been repeatedly abused as a child by a close female family member perhaps he would not have grown into the wretched man he is today.

The APA guidelines point out that boys are taught to “minimize and manage” their problems rather than to rely on others for help and even when they do ask for help, they will reliably experience gender bias in therapy.

Only by doing this and responsibly taking our place in the world can we make the most of this opportunity we as the next generation of men have been given.