Plunkett: There is no reason to be ‘Proud’ of Confederate heritage 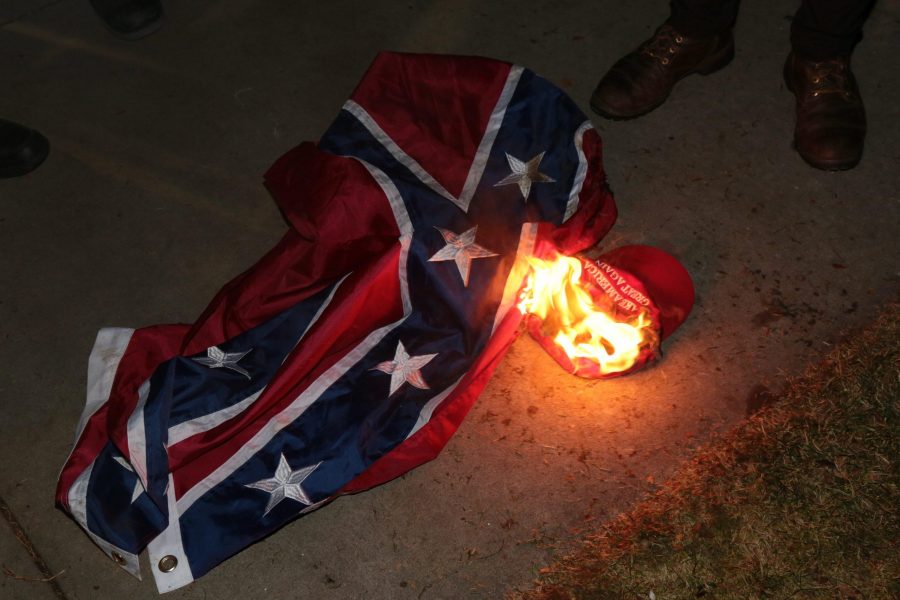 The Proud Boys were rumored to make an appearance at Bernie Sanders’ rally on Colorado State University’s campus last week.

1.something that is handed down from the past, as a tradition. – Dictionary.com

It is important to understand what this flag represented as it should act as a reminder of what this country used to be and how far we have come in amending those mistakes, and as a reminder of how much we still have left to fix. This flag should not be flown and waved around as a symbol of heritage, culture or pride.

People like McInnes can dodge racist claims as much as they want but the fact remains that the Confederate flag is a symbol of oppression and immoral practices.

Modern-day Confederates might say that the flag represents their culture and not the history as a justification for the flag. Unfortunately, the culture that flew that flag was fighting against America in the Civil War. The culture that the Confederate flag represents is that of White supremacy. The flag itself is inherently racist because of the culture and heritage that it fostered, therefore no one should be proud of that flag.

So, why is a man who fought against this country so often memorialized?

The Proud Boys are not officially labeled as a Neo-Confederate group, however, they did appear at the Unite the Right rally in Charlottesville, according to the Southern Poverty Law Center.

German citizens do not flaunt around the swastika as a symbol of pride. In fact, Germans understand and are remorseful of their violent history. They do not hide from their history either and claim that swastika means something other than a hateful symbol. They do not use Naziism as a part of their heritage or a sense of pride.

Personally, as a CSU student the Proud Boys do not deserve a place on my campus. However as long as they don’t break the law then they do legally have that right to march here, and that should be respected.

Rory Plunkett can be reached at letters@collegian.com or online at @jericho.wav.