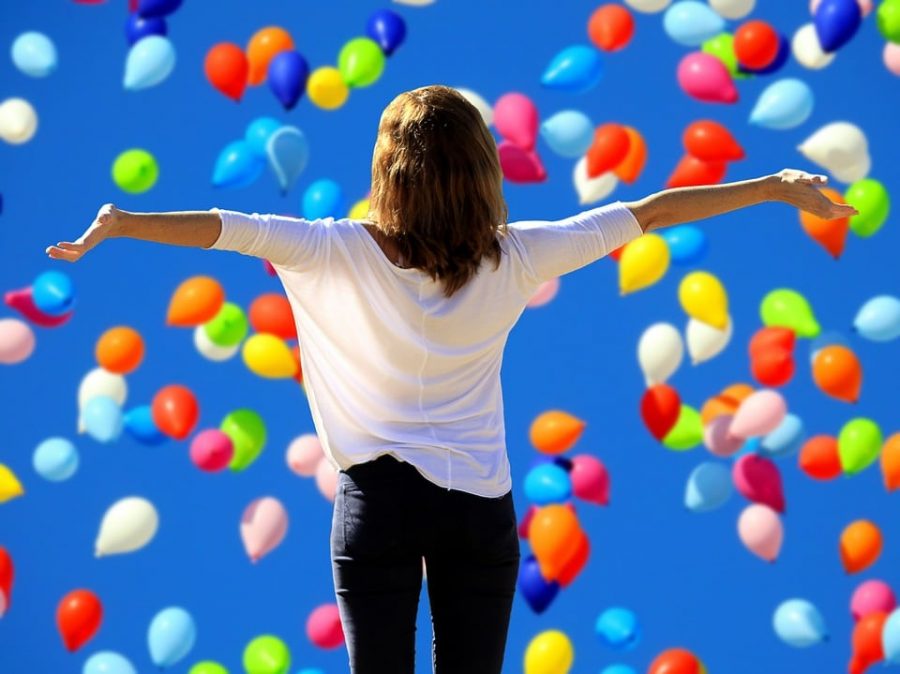 Body Positivity began as a movement to embrace self-love but has since been exaggerated in order to condone unhealthy lifestyles. Photo Source: Google Images, labeled for reuse

“Body positivity” is a rising trend which refers to the unconditional acceptance of one’s physical appearance, no matter the shape or size. Embracing a diversity of physiques is important — especially in a social media-centric society bombarded with unrealistic images of size-2 “fit chicks” and shredded male bodybuilders. It is equally crucial to distinguish between genuine appreciation of the human body, and inappropriate endorsement of unhealthy lifestyles.

When it comes to body positivity, the range of what is acceptable must have limits. The medical field has established criteria for disease diagnoses to define parameters of health; likewise, social movements, like body acceptance, must acknowledge deleterious deviations from the norm.

Whether an underweight individual suffers from a restrictive eating disorder, or a clinically obese individual struggles to balance caloric intake with energy expenditure, neither one of these body types is healthy.

At the very least, the former risks osteoporosis and fertility problems, while the latter is prone to numerous types of cancer; according to the NHS (UK) and National Cancer Institute. In assessing both of these individuals from an objective perspective, it’s unlikely either would receive a “positive” report.

Body positivity’s origins may be traced back to the start of a 1996 foundation called The Body Positive. According to their website of the same name, the organization aims “to create a lively, healing community that offers freedom from suffocating societal messages that keep people in a perpetual struggle with their bodies.”

As someone who struggled with an eating disorder and body dysmorphia for more than 10 years, I wholeheartedly respect this mission statement.

So please understand that when I speak of “negative” body types, I refer only to those which damage one’s physical and/or mental well-being and inhibit them from living life fully.

I don’t mean to condemn any particular type of body, but rather to highlight a shortcoming of the current Body positivity movement: Instead of encouraging cultivation of a body that aligns with one’s optimal health across all domains, it has been exaggerated to encompass support for any kind of physical appearance, no matter its destructive effects on one’s health.

Consider plus-size supermodel Tess Holliday, a proponent of the Body positivity movement. With her sizeable Instagram following of 1.7 million people, the 33-year-old often emblazons her photos with the hashtag “Eff Your Beauty Standards.” The 5-foot-5-inch model reports a waist measurement of 49 inches and wears a size 22, according to her official Tumblr FAQ page.

Holliday has received much criticism for her endorsement of overweight and obese body types, due to their associated health risks. The Centers for Disease Control and Prevention reports a list of “The Health Effects of Overweight and Obesity,” ranging from hypertension to stroke to death.

On the opposite end of the spectrum, unhealthily low body weights are condoned or outright endorsed. This can be seen everywhere. Flanking the checkout kiosks of grocery stores are the airbrushed frames of lithe magazine models. In the trenches of the web lie disturbing “pro-anorexia” websites, blogs, and chat forums. These sites encourage restrictive eating disorders and emaciated body types, according to American Addiction Centers.

If “body positivity” is used as an excuse for such destructive lifestyles . . . impressionable minds may believe that thigh gaps and protruding collar bones are paragons of perfection rather than glaring indicators of illness.

Even the seemingly innocuous realms of social media, such as Facebook and Instagram, can serve as wellsprings of toxic imagery that romanticize starving bodies and “thinspire” consumers of all ages to drastically alter their lifestyles for the worse. If “body positivity/acceptance” is used as an excuse for such destructive lifestyles—as it has been by influencers like YouTube “star” Eugenia Cooney—impressionable minds may believe that thigh gaps and protruding collar bones are paragons of perfection rather than glaring indicators of illness.

Body positivity began as a concerted effort to preach self-love and acceptance of physical appearance, regardless of societal expectation. The issue now is that this acceptance has been so far exaggerated that is now can be used as validation for the bodies of those with extremely negative, unhealthy habits. This inappropriate amplification cannot be ignored or downplayed any longer; it must be redefined.

If the movement is meant to transcend physical stereotypes, then a redefinition should take corporal appearance out of the equation. Body positivity should be rephrased as a movement to embrace the most physically, mentally, and spiritually well version of oneself.

There is perhaps nothing more body positive than acknowledging and taking full advantage of the magnificent abilities of an optimally functioning human form.