Seriously: CSU in search of their first supreme witch 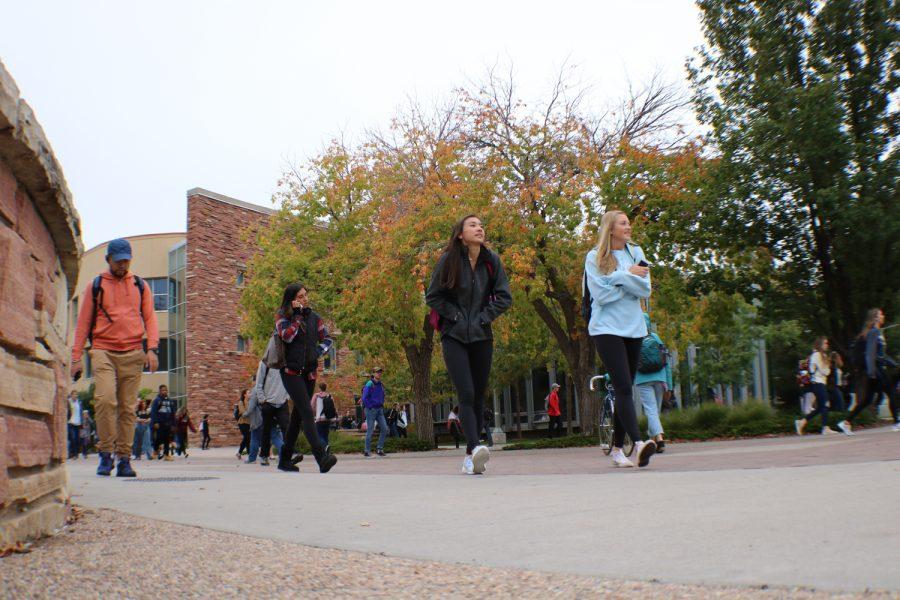 CSU students walking to their next class on Friday. (Devin Cornelius | Collegian)

“I am so excited to finally prove myself,” junior Katie Oli said. “Ever since ‘American Horror Story: Coven’ aired I knew I had it in me to be a supreme witch.”

Starting Oct. 29, witches will gather at the Oval during witching hour to prove that they are supreme witch worthy.

President Tony Frank, who is also an avid “American Horror Story” watcher, is rumored to be participating as well.

“I think it is a great way to get into the Halloween spirit,” Frank said with a smirk when being interviewed about the supreme witch elections.

Frank has also been rumored to be walking around during work telling his office assistant 23 times a day, “Witches get a bad rep nowadays. I feel like I can change that.”

Men, women and non-binary peers, as well as students and staff, are welcome to vote for and run for the position of the first CSU supreme witch.

Qualifications for proving that one is supreme worthy include but are not limited to, telekinesis, mind reading, the ability of being a human voodoo doll and mind control.

Being able to fly on a broom, wearing a pointy hat and owning a black cat is not required but would definitely serve in a contestant’s favor.

“We haven’t won a Rocky Mountain Showdown since I have been here,” senior Tym Berton said. “Maybe with a supreme witch backing us up we could finally change that.”

The elected witch will continue to be the supreme for CSU until they graduate or another witch comes along and proves they are more powerful.

The CSU supreme contest has caught so much attention that Fiona Goode, former supreme witch from “American Horror Story: Coven,” will be announcing the first CSU supreme Oct. 31.

“Of course there is no better supreme than I,” Good said, as she let out a puff of cigarette smoke and ran her fingers through her hair. “At the end of the day, in this whole wide wicked world, the only thing people should be afraid of, is me.”

Kenia Ortiz can be reached at letters@collegain.com or online at @Kenia_Ortiz_.