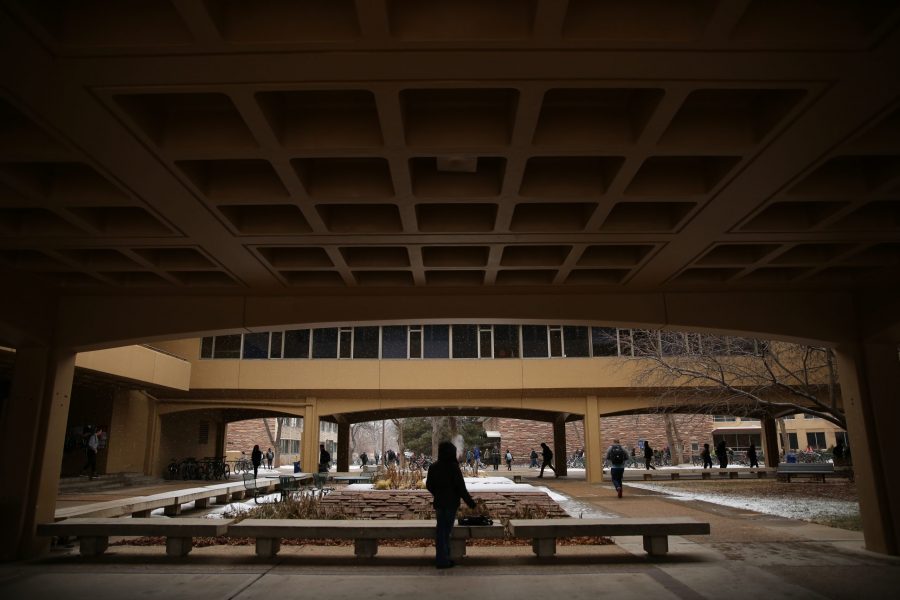 In this file photo from Jan. 24, 2017, a Colorado State University student smokes a cigarette underneath the Clark building as it begins to snow. (Forrest Czarnecki | Collegian)

Critical thinking is an aspect of higher education that has not been engaged with enough, especially in Liberal Arts classes at Colorado State University.

A university should be a place where critical discussions are held, especially in the Liberal Arts department because the department, for the most part, is dependent on discourse. Critical thinking is a muscle that should be flexed during a higher education at any university, including CSU.

Critical thinking is a skill that helps people across multiple disciplines. According to P21 study, refined critical thinking skills prepare people better for the workforce, they can improve academic outcomes for students, and correlate with higher political participation and more sound judgments.

Critical thinking is a skill that is demanded by many major employers. So, critical thinking prepares students for employment after they graduate. Therefore, it is an important skill to practice at an institute of higher education.

disciplined thinking that is clear, rational, open-minded, and informed by evidence-  Dictionary.com

Liberal Arts disciplines require critical thinking from their students, however, their modes of measurement, grading, and teaching are far more abstract than discipline such as Computer Science.

Many students are still able to have decent academic outcomes without properly engaging in critical thinking. This is problematic because said students are graduating college without their critical thinking muscle being flexed, and therefore missing the multitude of benefits tat come with having and applying this skill.

As a Liberal Arts student, I can see that there are some students in the department who do not engage in during class. There are plenty of quiet and absent people in my communication studies class, a class that is revolved around and dependent on communication. This is an example of how students themselves are not practicing critical thinking in this learning environment. They tend to simply focus on what they think will be on the next test, not application of these lessons.

Critical thinking is a crucial skill to have in the workforce and as a citizen in a democracy. Without critical thinking, one would be ill-equipped and less prepared to perform civil duties such as voting.

In my four years at CSU, I have seen students not engage in critical thinking while in class, and it seems to be increasing. This can look like students agreeing with teachers when answering questions, just for the sake of agreeing with them, often repeating what the teacher said but in different words. It can also look like students beginning a thought and waiting for the teacher’s approval, usually trailing off with a “yeah” in a tone that implies they were asking a question.

As a Liberal Arts student who takes their education seriously, it is disappointing to see so many peers failing to engage in a skill that is required in life and so helpful in an academic setting.

Rory Plunkett can be reached at letters@collegian.com or online at @jericho.wav.