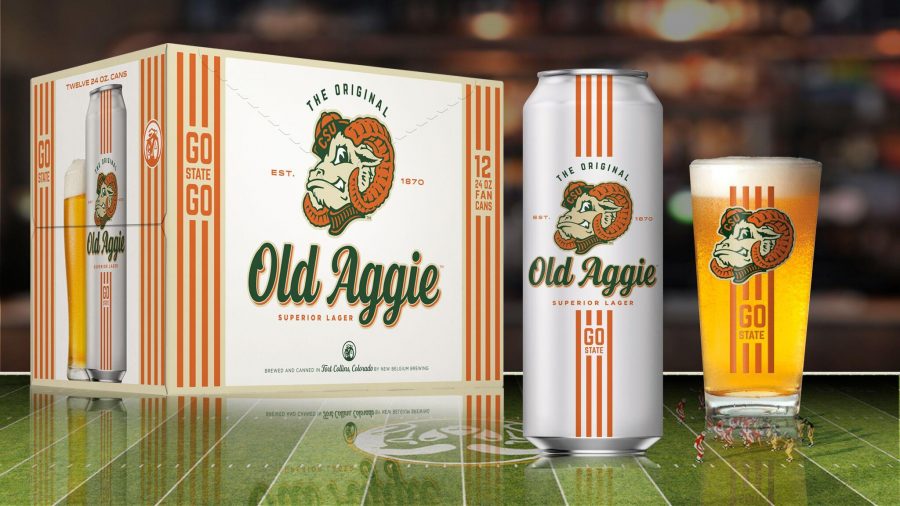 Photo courtesy: New Belgium Brewing New Belgium has crafted a new beer that is celebratory to the years of partnership between the brewery and CSU and the new stadium.

The mothers of two college girls believe that their daughters were the victims of profiling during a brewery tour at New Belgium Brewing Company in Fort Collins.

The two girls, Lauren and Becky, just turned 21 and drove all the way from Kansas City, Kansas to Fort Collins to visit the famous NB Brewing Co. They had been waiting for a long time to taste the beloved golden Coloradoan drink. So these two friends scraped up their money, took off the weekend and made the road trip across their state to enter Colorado and fulfill their dreams.

However, their dreams were crushed when a man who was also on the same brewery tour of the two blond Kansas City girls called Fort Collins Police because he became nervous when the two ladies joined the tour late.
The local police responded quickly and arrived on the scene in less than 5 minutes. After speaking with the two women, the police eventually confirmed that they were a part of the brewery tour and Becky and Lauren were allowed to rejoin the group.

However, the tour had moved on without them and the women missed the second half.

“It just shocking cause this thing has never really happened to me before. We were pretty embarrassed to be called over by the police in front of so many people,” said  Becky, who did not to disclose her full name. “It’s not like we are dangerous, I hear of these things happening all the time but I never thought it would happen to me. Lauren and I are like, really pretty girls, this shouldn’t be allowed.”

The transcript of the 911 call made was released by the Fort Collins Police Department.

During the call, the man claimed that the two girls suspiciously joined the tour late and seemed out of place.
“They joined our tour and wouldn’t give their names,”the man reported to the dispatcher. “Their clothing stands out, they stand out. I think someone should get down here, they are obviously suspicious.”

The man also told the dispatcher that the girls’ clothing had weird wording and symbols on it.

The man claimed to have asked the girls what beers they were planning on tasting during the tour, but he said that they were obviously lying when they gave him their answer. “They are liars,” said the recording. “They told me they wanted to have the Old Aggie Lager, but that can’t be true.”

Lauren and Becky decided to leave after their encounter with police and drove back to Kansas. They came to Colorado with a hope and a prayer to be able to enjoy a brewery tour in Fort Collins and were sent back home unsuccessful.

New Belgium Brewery reached out to the girls’ family and expressed their concern for what happened during the tour.

They also sent out an email to their distribution list. “As an alcoholic beverage community, we deeply regret the experience of these patrons while they were guests at our facilities,” stated the email. “We like to believe that we and the Fort Collins’ community would never partake in profiling or discrimination.”

Rory Plunkett can be reached at: @jericho_wav