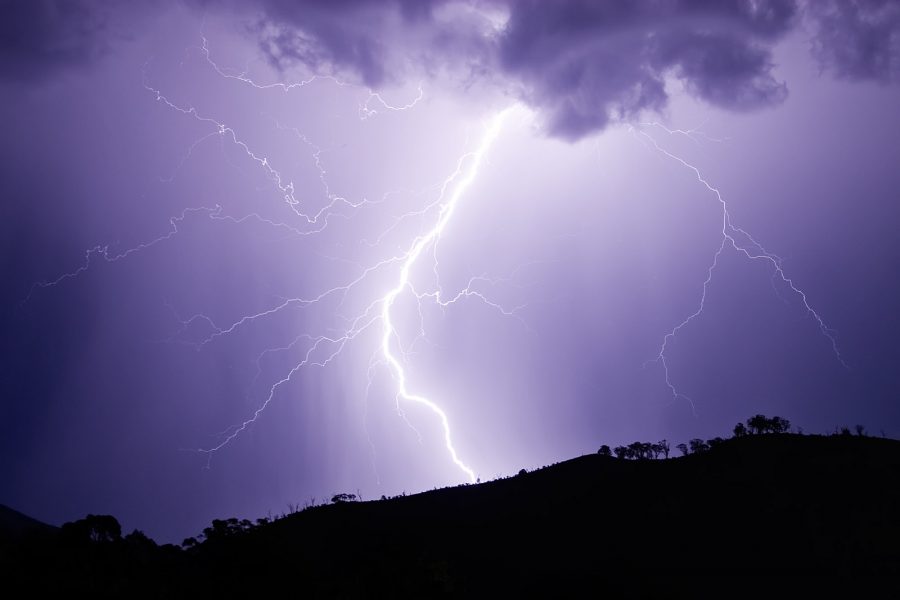 Last week a group of students went into the mountains during a storm just to camp. Their weekend sabbatical came to an abrupt end when one camper, Henry Potter, was struck by a bolt of lightning. Potter only suffered minor injures, but he is one of many local lightning struck victims this summer.

Witnesses reported Potter was hit immediately after he begun to smoke a marijuana cigarette atop the tallest tree in the area. Some argue that this was no mere coincidence.

According to Local Pastor Zachariah A. Pearce, there is only one possible explanation for this mind-boggling occurrence: The heavens are judging us for our sins, particularly the sin of using marijuana.

”Before they legalized marijuana you couldn’t find a single soul zapped by lightning in this city. My father always told me ‘If ya light the dope, you’ll go up in smoke’ and now we are finally seeing God’s plan come to fruition,” said Pearce in a statement to his congregation.

The Church of Wrath and Horror along with its estimated 300 followers, believe the legalization of weed is to blame for the occurrence of these catastrophes. They claim since the legalization of marijuana statewide in 2014, there has yet to be a single year not filled with storms and lightning strikes.

Ralph Simmons, a deacon in the church claims God can’t stand the smell of “ganja” any longer so it is possible that the clouds of marijuana are creating a breeding ground for these storms.

“Many members of the congregation seem to believe that these electrical surges from the sky are nothing more than the proverbial chickens coming home to roost,” Simmons said.

According to the Book of Genesis, “Never again will all life be destroyed by the waters of a flood.” It would seem that many in the Fort Collins community believe their higher power remains well equipped with an arsenal of other supernatural weapons to use against those who deviate from the path of righteousness and stray onto that smoke-filled path.

To some, the increased lightning strikes serve as a message, one that has been received loud and clear.

“The heavens have opened and judgement rains down upon us. Race, color, religion — none of these factors matter in the end for we are all but mortal and all equally guilty of allowing the menace of marijuana into our fine state,” Pearce said.

Beginning April 20, 2019 the church will begin protesting in front of all local dispensaries. Their hope is by reducing the sale and consumption of marijuana, they can also reduce the frequency of lightning strikes statewide.

“The Devil’s lettuce has now become a staple of the diet of our youth and this is the price we pay. For once one burns the bud it will not be long before they are burned themselves with fire and light from the sky,” Pearce shouted toward the end of his interview.

The point is quite poetic; surely God has a sense of humor.