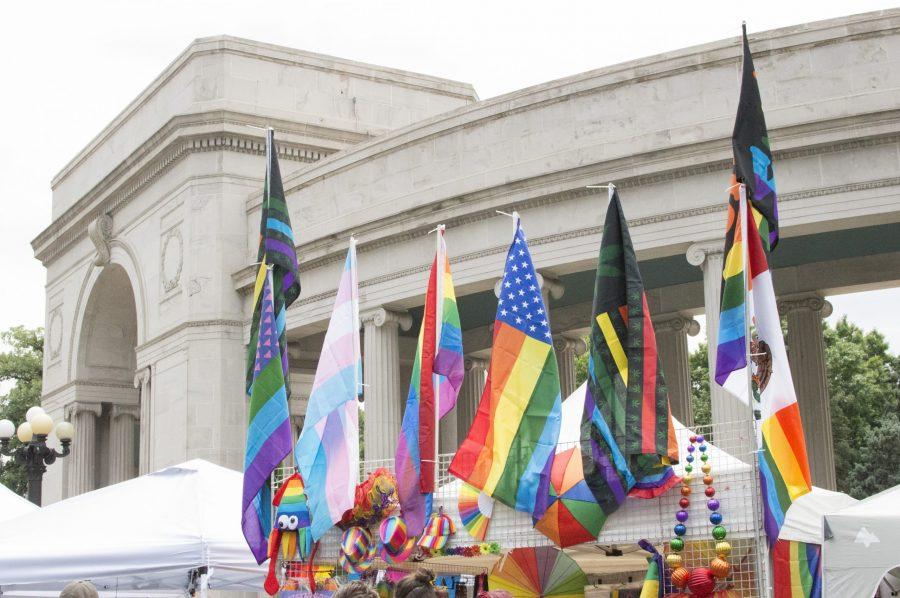 Denver Pride was celebrated with events throughout the week of June 11, 2018, ending with the annual PrideFest parade on Sunday, June 17, 2018, pride is held annually across the globe in the month of June to celebrate those who identify with the LGBTQ community. The rainbow is meant to symbolize the entire community, but each orientation has its own symbolic colors that are often portrayed on flags. (AJ Frankson | Collegian)

This past week Denver hosted two of my favorite annual celebrations: PrideFest and the Juneteenth concert. More than 450,000 people gathered in Denver for these bold festivities.

While enjoying the events in Denver and commemorating the progress these marginalized identities have made toward achievement of equal rights, I couldn’t stop hearing about the atrocities currently happening in this nation.

Juneteenth, which occurs every 19th of June, celebrates black liberation and the emancipation from slavery. Pride month not only serves as a celebration for the LGBTQ communities but as acts of resilience and political statements.

The same day we dedicate to celebrating fathers, stories continued to headline about children being torn away from their parents and detained in cages.

Time and time again our country has undercut the path to justice and equality with injustice through the subcontext of laws and policies. Again and again, this has remained a constant in this country’s history.

Celebrating advancements only serve as a reminder that we, as a nation, still have a long way to go to truly become united and a place of equal opportunity for everyone.

Celebrating advancements only serve as a reminder that we, as a nation, still have a long way to go to truly become united and a place that offers equal opportunity for everyone.

Oppression is not inclusive to one marginalized identity or protected class of people. It’s known in some form or another by them all. This struggle is not just endured by one group but all minorities.

Even in the bubble that is Fort Collins we must remember these issues relating to racism, homophobia, islamophobia, nativism, and prejudice are still relevant here. Just 20 years ago Matthew Shepard, a openly gay man, was beaten to death in Laramie, Wyoming and died in this city.

Use whatever privilege you have, even if issues such as immigration, police brutality, or wealth disparities don’t directly affect you. Inequality effects us all. Reach out to local or state representatives and attend events, whether they be celebrations or rallies, for different identities.

We must care about issues outside of our direct communities. Educate ourselves, remain aware, and practice allyship. Showing solidarity is giving support through action.

Recognize issues are not exclusive to affecting one identity, but are intersectional. Prominent figures like Marsha P. Johnson are a great example of intersectional figures to recognize this month.

The celebrations this past weekend represented progress for a fair, accepting, and equal world. We must celebrate the better side of humanity, especially in a country whose past is best remembered for a lack of it.

Even though the United States withdrew from the United Nations Human Rights Council, we can still show the people in this nation are dedicated to fixing humanitarian crises inside and outside our borders.

While we honor the accomplishments and hard work done toward equality, we must keep in mind the groups and identities that are still fighting to be heard. There is still progress to be made.

Greatness does not need to come at the expense of someone else. We can all advance, across all identities and achieve together. These are not  ‘us’ or ‘them’ issues. As human beings these issues are a ‘we’ problem.

John F. Kennedy said it best, “freedom is indivisible, and when one man is enslaved, all are not free”.

Editor’s Note: A previous version of this article incorrectly stated Matthew Shepard was beaten to death in Fort Collins.

Collegian Opinion Editor Jayla Hodge can be reached at letters@collegian.com or online at @Jaylahodge.