Editorial: After the Capital Gazette shooting, remember journalists are people, too 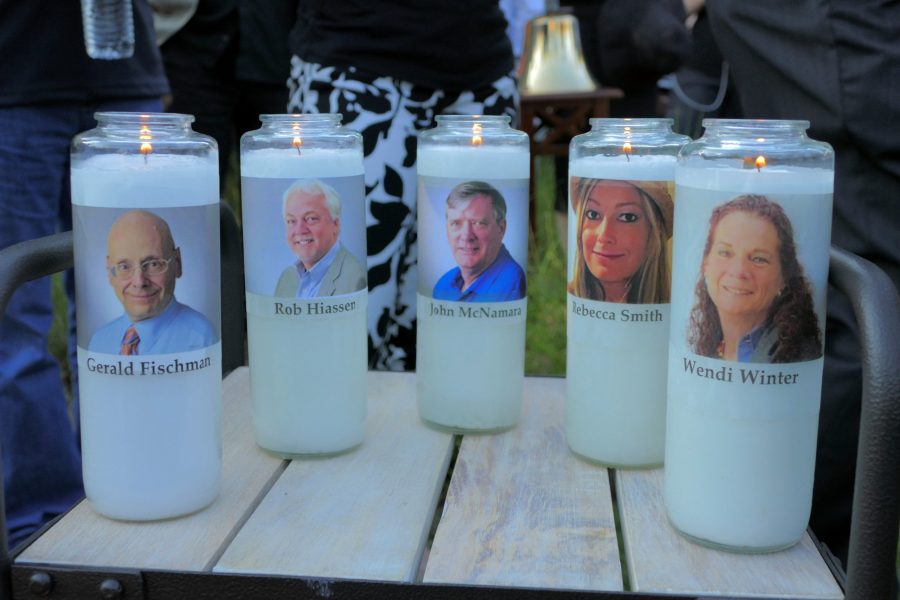 Editor’s note: This is an editorial. Editorials do not reflect the view of all employees of The Collegian, but instead represent a stance taken by The Collegian’s editorial board, which consists of the editor-in-chief, the managing editor, the digital production manager, the news editors, the opinion editor, the sports editor and the arts and culture editors.

In a local newsroom not unlike ours at The Collegian, a shooter barricaded the rear exit of the building and entered the Capital Gazette newsroom to fatally shoot four journalists and one marketing professional June 28 in Annapolis, Maryland.

The shooter made threats against the paper in the past and had a long standing grievance with the Capital Gazette for reporting on his criminal history. He sued the newspaper in 2012, but the court settled in the favor of the Capital Gazette because those at the paper were doing their jobs: reporting the facts of his case. And they did not get those facts wrong.

Today, we honor the people taken from this world in the Capital Gazette newsroom:

While it is difficult to find the words that feel right in the wake of this tragedy, we feel it is important as as budding journalists at a collegiate publication to stand with the Capital Gazette. These were innocent people, who came to do their jobs — not because it was glamorous, not to get rich, but because they truly had a desire to serve the public.

It’s also important to acknowledge a growing climate of animosity towards journalists in this contemporary moment. Our president, to his credit, stood in solidarity of the Capital Gazette in a White House statement, but also famously condemned journalists as “enemies of the people” in the past. Daily, vile accusations towards “the media” are thrown around in common conversations.

The public has every right to be critical of journalists, always. Inciting acts of violence towards journalists — or anyone — is where a line must be drawn.

We at The Collegian are student journalists still coming into our own, and part of that growth is about reflecting on the state of journalism. The public has every right to be critical of journalists always. Inciting acts of violence towards journalists — or anyone — is where a line must be drawn.

As many offer their condolences and support on the tragedy in Annapolis, it should be noted that there are a disturbing amount of people siding with the shooter.

Because of this, we just have to ask: What is “the media”?

We aren’t sure what it is, only what it’s not. Media isn’t one uniform thing.

There is a vast amount of difference in the expectations of media commentators on large networks like MSNBC and Fox News, and local reporters at small papers, working and reporting in their communities.

The role of a city government reporter differs largely from the role of a local opinion columnist. Working for a student publication like The Collegian is different from working at a professional publication. There are jobs in nonprofit public media and jobs in for profit media that don’t look the same.

And that’s why it’s so discouraging to see a number of responses lumping all of the aforementioned vastly different jobs into one thing.

The public has expressed a great deal of distrust in those who work as journalists, and it’s our responsibility to uphold their expectations and report the facts. At the Capital Gazette, that’s exactly what these folks did.

The facts of the story that motivated the shooter to commit such a heinous crime were not in error. His hatred of those facts and the people who told the truth was the error.

They reported the facts. And that is why they were shot.

The facts of the story that motivated the shooter to commit such a heinous crime were not in error. His hatred of those facts and the people who told the truth was the error. The journalists at the Capital Gazette saw a criminal who posed a threat to their community and covered that person’s crimes. They did so in an effort to protect the people around them at great cost to their personal safety.

Despite this, the conversation at large about the newsroom shooting in Annapolis is still one heavily focused on “the media.”

It has been a difficult few days in newsrooms across the country, made more difficult by the support, and sometimes even glory, this shooter has gotten from so many. That isn’t something we can stand by and watch.

There are plenty of things that journalists could do to improve the world and to improve the landscape of the news everyday, but we can’t do any of it without our lives.

If you, or someone you know is struggling this week, please seek help.

The Collegian Editorial Board can be reached at letters@collegian.com or on Twitter @CSUCollegian.