The Rocky Mountain Collegian • May 2, 2018 • https://collegian.com/articles/opinion/2018/05/mcwilliams-its-okay-if-you-dont-know-what-youre-doing/

McWilliams: It’s okay if you don’t know what you’re doing 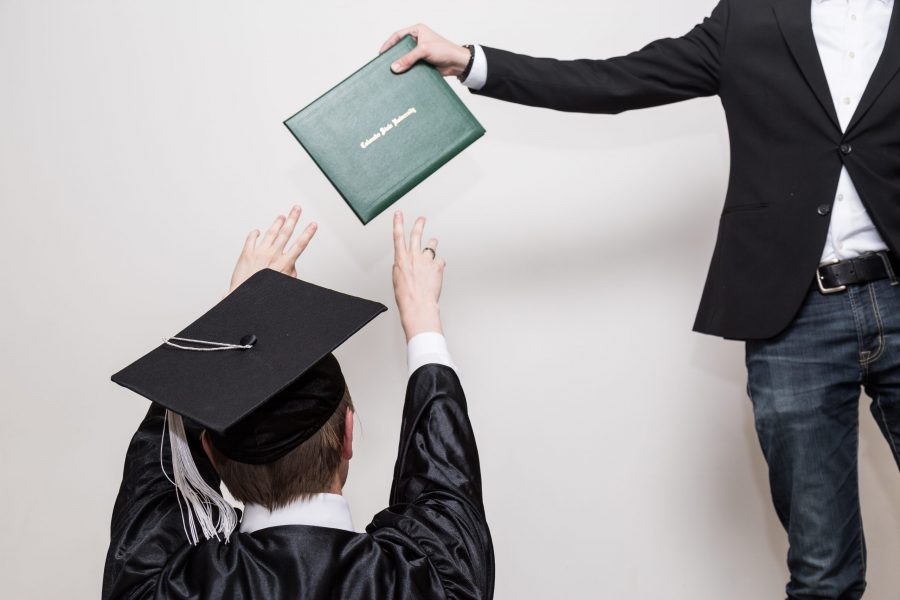 Graduating is a time for excitement. There are so many open doors, whether that’s getting a job, moving on to the next degree or going to travel.

For some, these new possibilities are stressful; you don’t know what you’re doing, not sure of any life plan even though all of your friends know exactly what their future holds. You’ve been a student your entire life and now that you’ve got your golden ticket of a diploma, instantaneous success is expected. Your friends and family keep beating you down with the “what’s next?” question and all you can say is “I don’t know.”

And contrary to the unrealistic societal expectation for students to have their entire life together by the time they graduate college, it’s okay to not know what they are doing.

In the speech “Wear Sunscreen” by Mary Schmich of the Chicago Tribune, she said “don’t worry about the future. Or worry, but know that worrying is as effective as trying to solve an algebra equation by chewing bubble gum.”

This is important for graduates, and college students in general, to remember; worrying about the future won’t do any good.

So often our generation is told that the way to perfection is by getting a good job, getting a house and having kids, but this is not true. Having a plan, fulfilling a life purpose and striving for perfection are a waste of time. Obviously it’s good to plan ahead, have goals and strive for success, but things almost never go as planned.

Trying to achieve perfection and trying to achieve the mythical ‘perfect life plan’ are two sides of the same coin. Both are extreme pressures from previous generations, both are mostly impossible to achieve, and both are bad for mental health.

The United Kingdom Mental Health Foundation found that perfectionism is linked to depression.  In a column on the topic, one author described many experiences of people who believed that if they weren’t perfect, they weren’t good enough, and the way that contributed to anxiety and depression.

The same line of thought can be seen in students trying to figure their lives out immediately out of college.

Having a plan and seeing the success of that plan isn’t the same as what it used to be. Success is typically judged on the same standards our parents were held to- have a well-paying job, buy a house, get married, have kids, all right out of college, which is significantly more difficult for us to achieve compared to previous generations.

In previous generations, financially crippling student loans weren’t as common and it was possible to work a part-time job and pay for school.

This generation cannot realistically be held to outdated ideals of success.

This is an important thing to keep in mind for students graduating who don’t know exactly what they’re doing after they’re out of school. The idea that you need to know what you’re doing by the time you graduate isn’t realistic, and will only take away from the graduate’s happiness.

It’s okay not to plan ahead. A lot of people are unsure about their future, and even if everyone around you seems to have their life figured out, the truth is no one knows what they’re doing.

Finally, the best piece of advice to look at is from author Charlie Hoehn: “And therein lies the best career advice I could possibly dispense: just DO things. Chase after the things that interest you and make you happy. Stop acting like you have a set path, because you don’t. No one does…. There is no explicit path I’m following, and I’m not walking in anyone else’s footsteps. I’m making it up as I go.”

Do what makes you happy, and don’t worry about the rest.