Willson: Study drugs unnecessary, not worth the risk 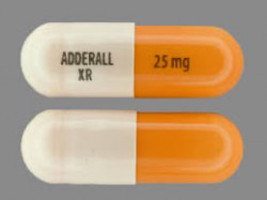 Adderall misuse is on the rise among college populations and 18- to 25-year-olds, according to 2016 research by the Johns Hopkins Bloomberg School of Public Health. In universities across the nation, the stimulant—typically prescribed for treatment of ADHD—is increasingly being used as a study aid.

Most students who abuse the drug believe it helps them study better and longer, especially in the stressful days or weeks leading up to major exams. But the supposed advantages of Adderall are overshadowed by its risks and side effects, both short and long-term.

Students should focus on developing effective study skills and healthy lifestyle habits, instead of relying on prescription stimulants to carry out academic responsibilities.

What is Adderall and why is it prescribed?

Adderall is a stimulant made up of two substances, amphetamine and dextroamphetamine. These chemicals work well for the treatment of attention deficit hyperactivity disorder (ADHD) because they increase the amount of certain neurotransmitters in the brain. Specifically, they raise levels of norepinephrine and dopamine, brain chemicals that play a vital role in thinking and attention.

When appropriately prescribed, Adderall can have remarkable effects. It can take someone with ADHD who has extreme difficulty focusing on a task for more than several minutes and give them the physiological tools necessary to pay attention for several hours. Adderall may also be prescribed for conditions like narcolepsy or depression.

Why are students using and abusing Adderall?

College is hard. For most students, it it a time of both great independence and great responsibility. Managing obligations—from coursework to actual work to internships to  relationships—can be exhausting and stressful. It seems there just aren’t enough hours in the day. That’s where Adderall comes in.

Adderall increases alertness, making one feel more awake and focused. It elevates heart rate and suppresses appetite, allowing one to study or work longer without taking a break. It also raises levels of dopamine, giving one a sense of euphoria.

The drug has not been shown to improve learning ability in those without ADHD, according to an academic review published in the scientific journal Brain and Behavior.

Adderall can also provide a sense of enhanced mental ability, which explains its apt label as a “smart drug.” However, this is only an illusion. The drug has not been shown to improve learning ability in those without ADHD, according to an academic review published in the scientific journal Brain and Behavior.

Why is it a problem to take Adderall without a prescription?

There is really no reason for someone to take Adderall unless they have a valid medical reason and need the drug to facilitate daily activities. To use “Addy” as a study aid is to misuse it. Plus, taking a prescription drug without a prescription is illegal. Same goes for distributing or selling it.

In addition to these issues, Adderall can have negative side effects, both immediately and after extended use.

Extended use can lead to dependency on the drug, which may be psychological or physical. Psychological reliance may cause one to feel extreme stress or panic when the Adderall cannot be obtained. Physical dependency may manifest into symptoms like fatigue, depression, and irregular sleep patterns. In either case, the side effects are the result of withdrawal, as abnormally high levels of neurotransmitters leave the brain and the body tries to return to a state of chemical equilibrium.

…that is perhaps the biggest problem: rather than addressing the root problems contributing to a… malady, the afflicted seek out a solution measured in milligrams.

What can students do instead?

There is no single pill to help one succeed in school, just as there is no miracle drug for weight loss. Yet in an attempt to solve both these issues, people turn to pharmaceutical aids as a quick fix. And that is perhaps the biggest problem: rather than addressing the root problems contributing to a physical or mental malady, the afflicted seek out a solution measured in milligrams.

Instead of taking Adderall, or any other “smart drug,” students should work on developing good study habits. Go to class, take notes, and revise them. Form study groups before difficult exams. Learn when to prioritize assignments over extracurricular responsibilities and social obligations. All easier said than done, but totally doable. The Institute for Learning and Teaching (TILT) is a resource right here on campus that aims to help students develop these beneficial study methods.

Beyond studying, it’s important to establish healthy lifestyle habits. Eat well, drink lots of water, exercise regularly, and spend time with people who make you smile. College is hard, but you don’t have to go through it alone.

The rise of study drugs, combined with seemingly constant pressure to perform, may prevent some students from remembering that no grade is more important than their health. What’s truly important is to take care of oneself. That way, when exam day arrives, a student will know their success (or failure) was their own doing. No drugs necessary.