Fredrickson: We need to bring the conversation about human trafficking to the CSU classrooms 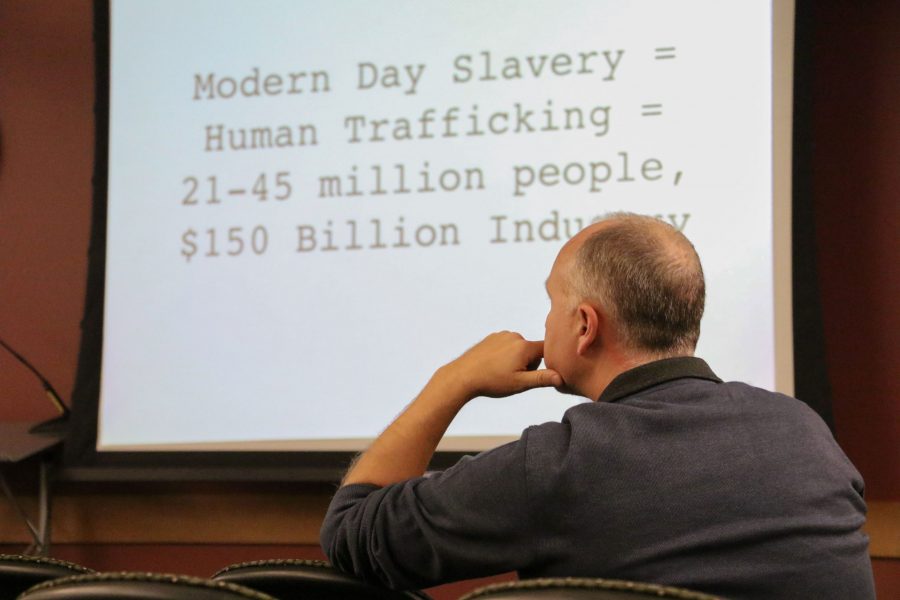 When thinking of the phrase ‘human trafficking,’ many people think of the movie “Taken,” or something distant and terrible happening very far away. However, human trafficking happens right here in Colorado, and it doesn’t always look like what people expect.

The conversation about human trafficking should be brought to CSU classrooms in every subject, because of how broadly it intersects forms of vulnerability. Professors and students should make a concerted effort to address this issue in the classroom setting, because as a society we will never end human trafficking if we can’t understand what it is.

“When we myopically equate human trafficking as something that happens only to young girls in the commercial sex industry, we’re missing the ways human trafficking can also look like the sheep herding industry in Colorado, or the specific vulnerabilities ASSET, DACA, trans and non-binary students face on college campuses like our own, or the dangerous manifestations of interpersonal violence,” said Kristy Kumar, assistant director of educational programs at the Women and Gender Advocacy Center at CSU.

Kumar has a career of experience working against human trafficking, both as an educator and a case manager. She currently serves as a board member with the Denver-based Laboratory to Combat Human Trafficking. She has a deep understanding of the issue.

“The public narrative around human trafficking focuses on sex trafficking. Labor is a huge part of this crime,” Kumar said.

In order to better understand human trafficking, we need to have deeper conversations around consent and coercion.

The media portrays human trafficking in a common way – the rich, white girl is abducted for forced sex work, like in “Taken.” This is not an accurate depiction of the issue, which usually revolves around traffickers taking advantage of people in extreme situations. As Kumar said, people who are specifically vulnerable face a different world of challenges and are more likely to be victims of this sort of crime than the film industry would have people believe.

“Human trafficking is the outcome of exploiting vulnerabilities through false promises, fraudulent work opportunities, and coercive tactics,” Kumar explained. “When folks are struggling to meet their basic needs, traffickers are ready to take advantage through force, fraud, or coercion.”

In the recent case in Colorado, the trafficker was a family friend of the children’s parents and was planning to traffic the children without the parents’ knowledge.

Trafficking happens in intersections with other forms of marginalization, and a strategy to address trafficking would require a multi-faceted approach that targets all forms of systemic oppression and marginalization of communities.

Kumar also cautioned against the ‘savior narrative’ in regards to trafficking, calling it “a harmful colonial approach.”

“In order to better understand human trafficking, we need to have deeper conversations around consent and coercion,” Kumar said.

This is a point that could be well taken in the CSU classroom environment. The issue is deep and complex and interplays with many other forms of oppression, and simply attending workshops or one-off events isn’t enough to get a true understanding of the issue.

Denver is considered to be a human trafficking hub, and reports of human trafficking instances are on the rise.  According to the Laboratory to Combat Human Trafficking, in Colorado trafficking has been reported to occur in forced marriages, debt bondage, migrant labor, and various forms of industry work. In Larimer County alone in 2016, there were 204 charges levied of Commercial Sexual Exploitation of a Child.

It happens all around and becomes difficult to see.

But human trafficking is not just the white girl kidnapped who needs to be saved. Human trafficking is a systemic form of oppression, and it needs to be treated like that. CSU hosted the Human Trafficking Symposium two weeks ago, and that was a step in the right direction, but students should not attend the symposium and think they can stop there.

Trafficking is an issue that cannot be understood, or solved, in one day. It needs to become part of the college discussion experience to address the full complexity of these issues, because at the root of it all is the same systemic inequality that causes a great many other injustices.

CSU students need to wake up and demand that this issue be talked about, and professors need to use the unique classroom environment to discuss the full breadth of the issue, because until we understand the true nature of human trafficking, we will never get closer to stopping it.

Michelle Fredrickson can be reached at letters@collegian.com or online at @mfredrickson42.