Fredrickson: Vaccinate your dogs against rabies 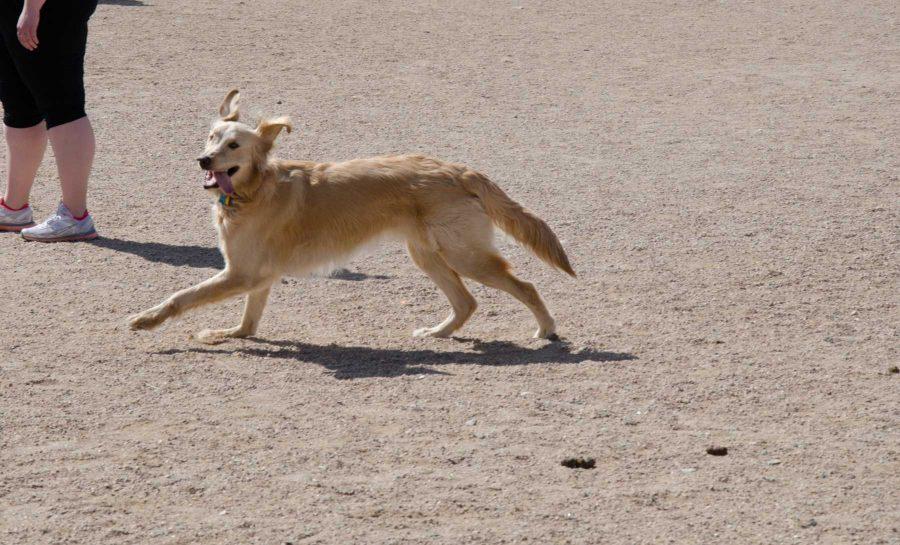 Normally, the risk that comes with meeting a skunk in the wild is simply a nasty odor you can’t get rid of. But in Colorado right now, the risk might be greater: Rabies.

So far there have been 68 confirmed cases of rabies in Colorado, and 67 of them have been in skunks. Six of those skunks have been in Larimer County, with 2 more being reported just last week.

Rabies is a scary disease, described by the Colorado Department of Public Health and Environment as “a serious threat to humans and animals.” It is usually transmitted via a bite from an infected animal, and causes brain swelling and death in almost 100 percent of cases.

It almost never occurs in humans in the United States anymore, largely because it is a vaccine-preventable disease. In Asia and Africa, though, tens of thousands still die every year. When it does get transmitted to humans, it almost always comes from dogs. When a human is exposed to rabies, there is a series of shots they can undergo post-exposure to prevent them from getting the disease. There is no post-exposure shot series in dogs.

Dogs, man’s best friend, are much more likely to get rabies than human beings are, because of their outdoor lifestyle and interaction with the world around them, and because they can’t be treated after exposure, and a dog has never survived rabies. Luckily, there is an effective vaccine for dogs to prevent them from ever having rabies in the first place.

In Fort Collins, as in many other cities around the world, vaccinating dogs and cats and ferrets is a legal requirement, according to the city’s municipal code. However, enforcing this requirement is difficult and in some states just isn’t done. Thus, it is important for animal owners to be aware of the risks, and to proactively vaccinate their dogs.

In order to show that love for their dogs, all dog owners should check their rabies vaccinations and make sure they have them, and that they are up to date.

People in this city love their dogs. It was one of the first things I noticed when I moved here. There are at least two specific parades in the city for dogs. In order to show that love for their dogs, all dog owners should check their rabies vaccinations and make sure they have them, and that they are up to date.

Vaccinating all dogs is the best and most cost-effective way to eliminate rabies in humans as well. While the post-exposure treatment in humans is effective, it is very expensive – typically more than $3,000 and not always covered by insurance – and very painful. A dog vaccination costs much less – usually around $15 –  and would all but eliminate the way the disease gets to humans.

However, there are some people opposed to rabies vaccines in dogs – mostly the same community of people who are against vaccinations in human children. The anti-vaccine movement has spread to dogs, and given the rate at which the movement is spreading in Colorado, it’s reasonable to be concerned about the trend and the way it could impact rabies rates. This year is already on track to have more rabies cases than average; to prevent these cases from ever reaching the human population, and from killing innocent dogs, everyone should make sure their dogs have the vaccine.

Advocates against the vaccine argue that the only reason it is a mandatory vaccine is to put money in the pockets of veterinarians. This is just soundly untrue. CSU is a land-grant school with an excellent veterinary program, and they know that rabies is nothing to mess around with.

Rabies vaccinations are required because rabies is 100 percent fatal and causes extreme symptoms like aggression and hyperactivity. It’s very dangerous not just because people love their dogs, but because the symptoms of rabies make an animal more likely to pass it on. And while we don’t have many cases of rabies in the United States, that doesn’t mean we should stop vaccinating our pets. Rabies occurs in the wild, as evidenced by the number of cases in Colorado this year alone, and it is only logical to do everything we can to mitigate the risk.

It may be a rare disease, but that doesn’t mean we shouldn’t worry about protecting against it. Getting a rabies shot is inexpensive, only around $15 at local clinics, and it is well worth it to protect your best friend from even the slimmest chance of a completely preventable fatal disease.