Fredrickson: Scientists and the media need to work on their relationship 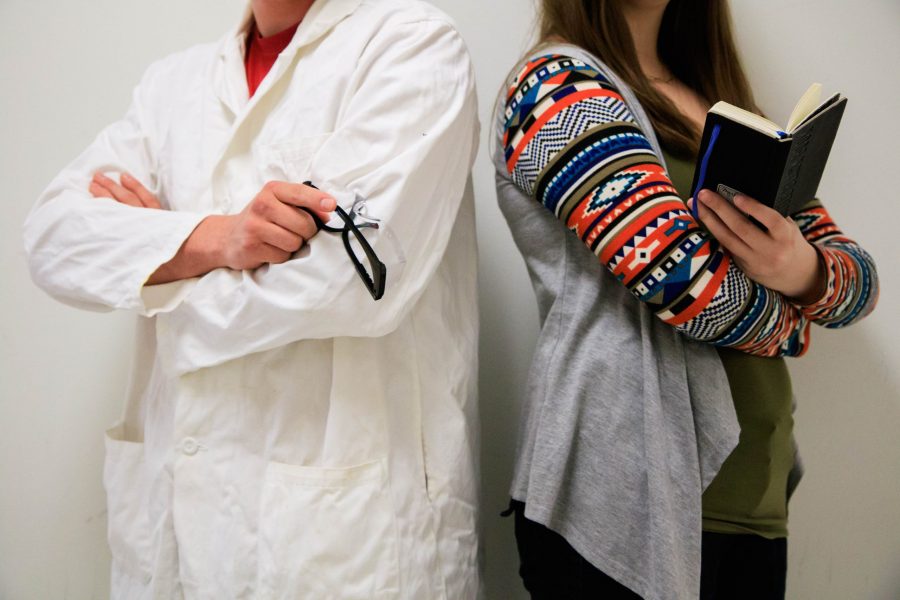 Some view the media and science as inherently opposed, but the two institutions need each other and need to work on improving their relationship. (Julia Trowbridge | Collegian)

In one of my science classes, we had a lesson titled “How to work with the media.” I was excited for this, given that I’ve spent the last five years being the media.

It wasn’t the first time I’d heard a narrative like that. Even in some of my health communication classes, the media is thought of as an enemy more than a friend.

It makes something painfully clear – the relationship between science and the media is not good, and it is contributing to the lack of trust the public currently has in science. As someone with experience in the media and experience as a researcher, I have identified things both sides can do to make this relationship better.

My introduction into the world of journalism was through science writing, because I was good at getting things correct and understanding what the scientists said. My newspaper at the time would not allow me to send the full copy to a source, for reasons that seemed obvious to the media but were less obvious to the sources – in order to remain objective, newspapers cannot let someone outside the paper edit their work, or see it before it publishes. There are other ways to fact-check, which some people on the scientific side of things may not realize.

Science writing is extremely important, because without journalism covering scientific endeavors, the public will have very limited resources to understand what scientists are doing. And it’s very important for the public to be invested in science – science affects our day-to-day lives, and it is important that people know what is going on in science.

However, media coverage of science leaves room for improvement, and scientist interaction with the media doesn’t help matters.

Science being accurately portrayed in the mainstream media matters. Scientists and the media both have a responsibility to make this happen.

Scientists, understand that the media is in most cases not trying to trick you, or to intentionally misrepresent your research. Being interviewed for a story isn’t a trap – it’s a good story for them and good exposure for you. You need to learn how to talk about what you do and why it matters in a way that the general, non-scientist public will understand. If you can do that well, you can help yourself get exposure.

They need something that people want to read. Try to meet them where they’re at, and explain why your research is significant to the public they serve.

Understand that media cannot always allow you to read the copy before it prints, and have alternate methods of fact-checking available for suggestion. If the reporter doesn’t bring it up, then you should. Ask for a list of facts, or a list of everything you attribute to them, or ask to call them on the phone and go through the facts before it goes out. There are other ways to reliably fact-check besides seeing the full copy.

Journalists, understand why scientists are leery to talk to you. They have probably been misrepresented before. Have a concrete plan to reassure them how you’ll make sure they won’t be misrepresented by talking to you.

Explain up-front what you’re trying to do with this story. Ask them the questions ‘why would Joe Parker at the deli care about this?’ Don’t be afraid to keep asking them to explain what something means until you get it down to a level your readers can understand. Be open and honest with your sources about what level you have to write this at and why.

Don’t fall into the trap of sensationalizing a story to get people to care. Sensationalizing a story, giving it a catchy headline like ‘Drinking wine is as good as going to the gym’ or ‘Coffee cures heart disease’ is almost never going to accurately represent the complexities of the study. If you find yourself using a headline like that, stop and reconsider. It may be easier to write if it’s something cut-and-dried like that, but science is never that simple. If you represent the research accurately, you’ll have better luck getting scientific sources to respect you and talk to you in the future.

Remember that not all studies are created equal, and don’t present unpublished work and something published in Nature the same way. Look at the methodology, understand if the results are actually generalizable to your readership.

In a perfect world, all scientific results would be interesting to everyone in the public, and we wouldn’t have to worry about presenting it in such a way that people will click on it. But we don’t live in that world, not yet. To get there, scientists and the media have to work together, and that means understanding where the other is coming from and why.