Silva: Colorado State should consider an AUCC class on coding 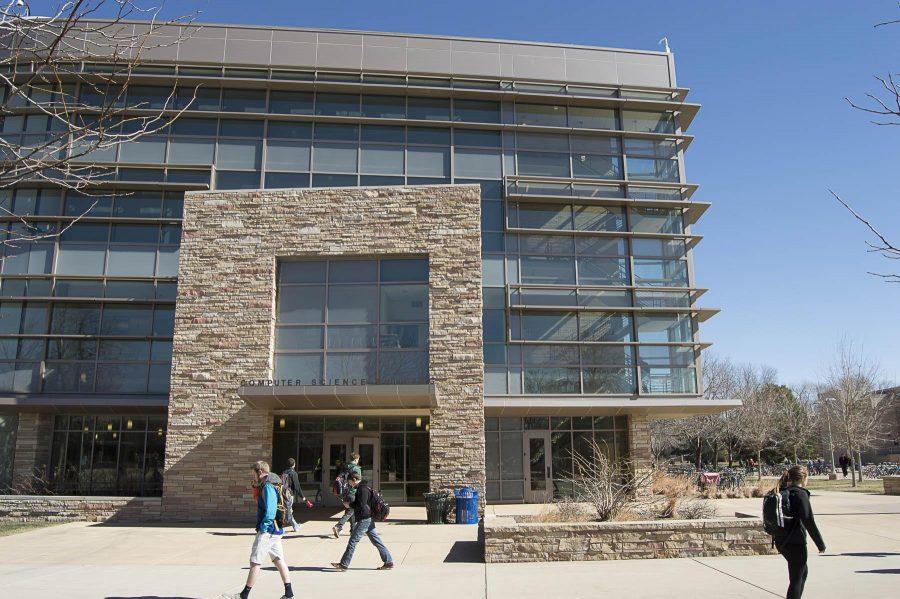 CSU computer scientists and statisticians are working on a three year grant to combat livestock disease. The computer science building is pictured above.

If you are a current Colorado State University college student or a graduate, chances are you were required to complete some sort of general core curriculum courses, even if you previously earned some sort of AP/IB credit.

At Colorado State University, the mission of these All University Core Curriculum (AUCC)  courses is to ensure all CSU students, “share a learning experience in common.” Universities serve various functions, among them to build character and prepare individuals with a diverse set of skills for successful careers.

CSU currently offers a wide variety of subjects in the AUCC designed to fulfill these functions, but as technology plays an increasingly important role in our lives, courses to bolster students’ technological skills are sparse. The University does not currently include any sort of classes in the AUCC for computer science or learning code.

“Coding doesn’t restrict you to a career in tech: it enhances the career, skills, or interests you already have.” -Laurence Bradford, Forbes contributor

An innovative way for the University to simultaneously address this issue and give its students a competitive advantage against other universities would be for CSU to offer a AUCC course in learning to code. The importance of implementing such courses in common academic curriculums has been mentioned by prominent politicians across the political spectrum Regardless of major, coding is a valuable tool because it, “doesn’t restrict you to a career in tech: it enhances the career, skills, or interests you already have,” according to Forbes contributor Laurence Bradford.

CSU would be unique in implementing AUCC courses designed to teach students code, as neither the University of Denver nor the University of Colorado Boulder, according to their websites, offered such courses in their common curriculum. While DU and DeVry University offer “boot camps” for learning to code, both are expensive and consist of a large package of courses.

While CSU could also opt for creating a “boot camp,” offering coding and computer science classes as AUCC courses instead would provide students with the structure and accountability that traditional classes provide. It is impractical to expect an instructor to teach students everything they need to know about code in a single class, but offering classes as an AUCC would allow students to explore and learn as much as they are comfortable and interested in.

Before fully committing, the University could gauge demand for such a course by expanding on its partnership with the Poudre River Public Library District to provide a workshop for learning code that could count for AUCC credit, similar to the DevCamp offered by the Denver Public Library. Doing so would provide an in-person opportunity for students and residents of northern Colorado to learn code without having to commute to Denver.

Many students don’t know that besides taking on-campus and standard online courses, they can take free online courses CSU offers through both the Canvas network and FutureLearn, a British digital education platform. If CSU was unsure about creating an AUCC for learning code, it could also gauge interest through this format before launching a full-fledged course.

Ultimately, students attend college to learn and grow. Offering a class that teaches code, an increasingly useful and essential skill, as part of its core curriculum would allow CSU to continue innovating and distinguish itself from the pack in the increasingly cutthroat field of higher education.

Josh Silva can be reached at letters@collegian.com or online at @jsflix.