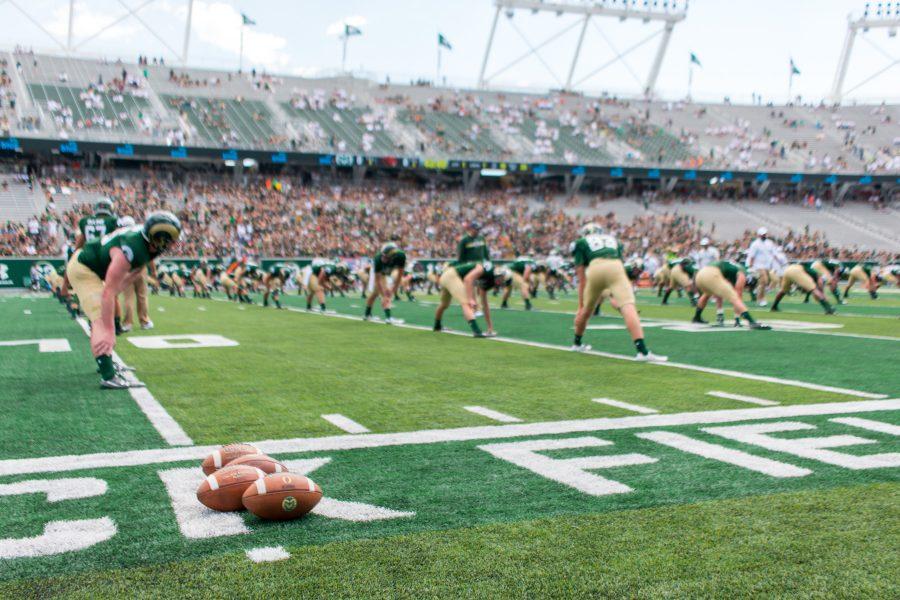 The Colorado State football team stretches before picking up the ball to kick off the 2017 season at the new on campus stadium. . (Jack Starkebaum | Collegian)

Editor’s note: This is a satire piece from the Collegian’s opinion section. Real names may be used in fictitious/semi-fictitious ways. Those who do not read editor’s notes are subject to being offended.

FORT COLLINS – The inclusion into the Big 10 conference and exciting football season promised by Sonny Lubick Field at Colorado State Stadium wasn’t met this past season.

This sad occurrence hasn’t gone unnoticed by CSU president Tony Frank. Frank recently announced that since the new stadium did not make the football team better, a new stadium will be built.

“I have my finger on the pulse of student life,” Frank said, addressing the Board of Governors’ decision to break ground on a new stadium this summer. “This is the best and most practical decision we could come up with.”

Frank expects the new, aptly named “Please Let Us Into the Big 10 Stadium” will appease everyone. It will take the place of the Clark C building.

“I have my finger on the pulse of student life.” -President Tony Frank.

“We wanted to make sure this stadium was even more accessible to students,” explained Frank. “Putting it next to the Plaza is the definition of ‘on campus.'”

Time will tell whether or not this new new stadium will deliver on its promises.