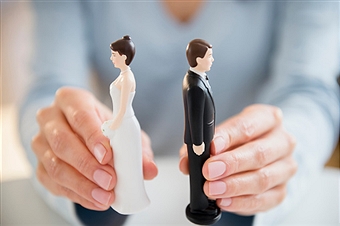 Hookups can be defined as “brief uncommitted sexual encounters between individuals who are not romantic partners or dating each other,” according to one study by the APA. These encounters can range from kissing to full-on intercourse. “Hookup culture” refers to the popular shift towards greater acceptance of casual sexual experiences.

In college communities, hookup culture is extremely common , but it often gets a bad rap for downplaying the emotional elements of sex, degrading partners’ integrity, and increasing risk of contracting STDs and infections.

Each of these arguments is valid, but overall, hookup culture seems to have more positive than negative effects. It encourages open discussion of sex, fights double standards, empowers women, and saves time that would otherwise be spent on a full-fledged romantic relationship.

Hooking up is often contingent upon the fact that partners involved will not develop feelings. But this isn’t intended to strip sex of its passionate nature. It also doesn’t mean that participants are prohibited from feeling anything, but both partners are generally in agreement that eliminating emotions keeps things simple. When the ‘relationship’ inevitably comes to an end, there will be no bad blood or awkwardness between the partners. There will be no tears over a breakup, no heartbreak-induced insomnia, and no futile attempts to ease the pain by eating two pints of Ben and Jerry’s Half-Baked while watching The Notebook .

Hookup culture is sometimes decried for supposedly degrading those involved, especially women. Condoning casual sex might seem to reinforce the idea that a guy can sleep with whomever they want with zero repercussions, while the girl—deemed to be more emotional—must pretend to be fine with his lack of commitment and womanizing behavior. And, of course, men can feel just as hurt by a woman’s promiscuity.

This is untrue. Hookup culture encourages open discussion of sexual needs and desires. Because emotions have been removed from the equation, partners don’t need to worry about hurting the other’s feelings when they say, ‘Hey, I don’t like that,’ or ‘I’d like to try this.’ In a “friends with benefits” style hookup, this is especially useful and true. Think about it: would you feel more comfortable expressing your wants to a friend, or a romantic interest you just started dating? Most would probably say the former.

Not only does hookup culture prompt honesty in the bedroom, but it helps eliminate double standards and discourages adherence to outdated social norms. With casual sex becoming more common, a girl with a high ‘number’ is not seen as a slut, but rather as a typical young adult.

No longer does one have to ‘go steady’ with a string of significant others before settling on a single monogamous partner. Instead of wasting time on awkward first dates and small talk, two people can skip the formalities and get right to the ultimate test: seeing if they have chemistry, if there is a spark. While this conduct is novel and perhaps atypical, it is more efficient and physically beneficial than adhering to stereotypical gender roles and dating rules.

Speaking of gender roles, hookups can be empowering to women. The ability to have multiple partners without fear of rebuke helps women gain awareness and pride in the power of their sexuality. It allows women to recognize that their desires and needs are valid and should be honored, a fact that many females believe to be false .

Taking responsibility and demanding respect for one’s needs, wants, health, and boundaries are all essential components of sexual empowerment , and hookups can help both men and women achieve it.

Finally, hookup culture is a great thing due to how much time it saves. For many busy college students, the time it takes to develop a serious dating relationship is simply incompatible with a heavy course load, extracurriculars, and perhaps a job or volunteer work. By contrast, a hookup partner typically doesn’t demand any of your time outside of the moments you spend together in person. There’s no need to worry about replying to incessant text and phone calls, enduring uncomfortable parent-meetings, or tagging along at social events.

Essentially, hookups allow you to experience the physical perks of a relationship, minus the enormous commitment of time, energy, and emotion.

It must be noted that the more sexual partners one has, the higher their risk of exposure to sexually transmitted disease and infection. There’s also the possibility of pregnancy for women. These concerns should by no means be pushed aside, and any casual sex should always be protected sex. Use contraceptives (e.g. condoms, birth control, IUDs, etc.) and discuss with your partner what precautions will be taken to prevent STD/I transmission and pregnancy. The CSU Health Network has excellent resources for practicing safe sex, as well as counseling and health education services.

Hooking up isn’t for everyone, and that’s perfectly okay. But for those who support openness, sexual empowerment, time management, and defying double standards, such short-term relationships might prove to be the solution for satisfying physical needs while juggling everything else in life.