The FCC’s current agenda is pro-corporate, pro-deception and profoundly dangerous 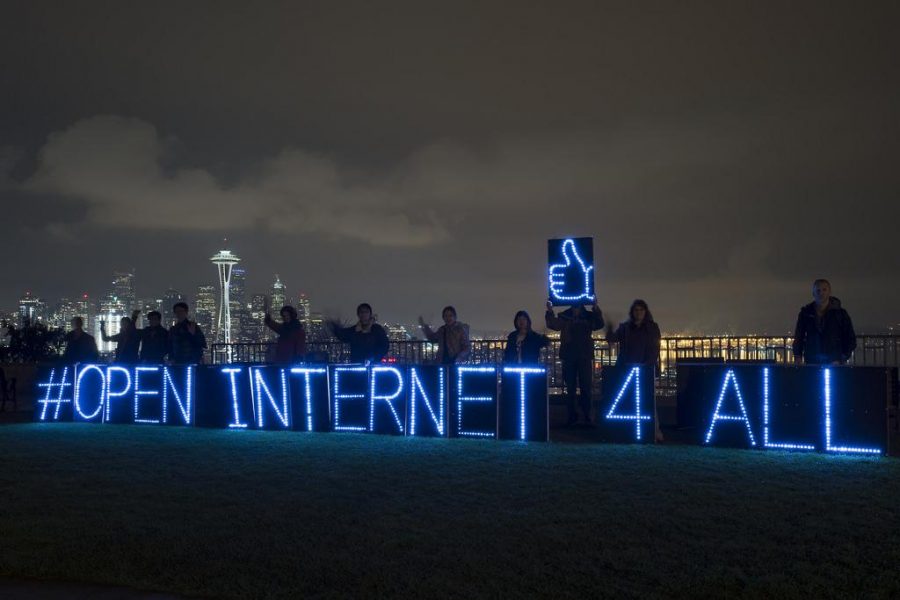 Editor’s note: This is an editorial. Editorials do not reflect the view of all employees of the Collegian, but instead represent a stance taken by the Collegian’s editorial board, which consists of the editor-in-chief, the managing editor, the digital production manager, the news editors, the opinion editor, the sports editors and the arts and culture editors.

Local media is under attack now more than ever. In the era of fake news and record levels of distrust in the media, we’re threatened with having our voices taken away.

The Federal Communications Commission Tuesday recently moved to eliminate the current net neutrality protections put in place in 2015. We have written about this issue previously, and since then, there have been a record 22 million public comments on the FCC’s proposal. In spite of all the public discussion that has taken place, the FCC has pressed forward with its plan to reclassify internet service providers and remove the existing net neutrality protections.

Many of the flaws in the FCC’s reasoning have been discussed. We need to talk about the impact.

Net neutrality is the idea that internet providers must treat all traffic equally and prevents providers from preferring some traffic over other traffic. Think about how you are able to call anyone on the phone, regardless of who they are. Removing net neutrality rules sets us up for a scenario analogous to cable TV, where providers saddle you with packages of channels that you will never watch but also restrict you from watching a specific channel without purchasing 50 others.

Repealing net neutrality protections could transform internet service into a cable TV style purchasing process, eliminating consumer option and restricting the open nature of the internet. This restructuring would damage smaller sites, such as The Collegian, that aren’t big enough or powerful enough to get their name in these bundles.

The principle of net neutrality is what keeps small companies afloat on the internet and competitive with websites with far more money and reach. It becomes even more important when considering how little competition is present in the consumer internet provider market, with many rural or poorer areas having a single provider to choose from. Dismantling net neutrality could perhaps work in a competitive market, but that is not the reality we face today.

Why does this matter to The Collegian?

Small media companies rely on the principle of net neutrality to compete and succeed. We don’t have the backing of a major company to fund us or to advocate for us. Without net neutrality rules, users accessing our website could experience slower speeds or even be blocked from visiting our website entirely. In turn, we could be blocked from reaching our most important audience (That’s you!).

At its core, net neutrality prevents internet service providers from dictating what you see and do on the internet. Media companies are especially vulnerable. We’re already dealing with the bubbles that social media has put around us.  To further divide access to information on the internet is dangerous.

Why does this matter to all of us?

These rules are not just about consumer protection, they are about protecting the very nature of the internet that relies on openness and competitiveness to push technology and information forward.

But, internet service providers (ISPs) blocking specific sites is a worst-case scenario. This isn’t going to happen overnight. Regardless of the vote in December, we won’t immediately see huge changes. The problem comes from the long-term effects. ISPs that own media companies could start to prefer their content over others, giving their own content a competitive edge and squeezing out the competition.

Over time, we will start to experience consequences as we are pushed away from some content in favor of other content that is cheaper or more accessible. We would slowly lose our ability to find information for ourselves as it becomes hidden by different service packages or different speeds.

Freedom of information is paramount to learning and growing, particularly on college campuses where students’ jobs are to learn. Losing net neutrality could have lasting consequences on our ability to educate ourselves and to discover different opinions online.

What can you do?

We’re not too late to stop this from happening. We have resources and information at this point. Involvement is the most important step. Battle for the Net has information about calling your representatives along with more information on net neutrality and what is at stake. You can also go to www.fcc.gov/ecfs/filings/express and enter Proceeding 17-108 and in the comments, say you support Title 2 oversight of ISPs.  Being involved and raising awareness is the best way for us to prevent this from happening and protecting our voices.