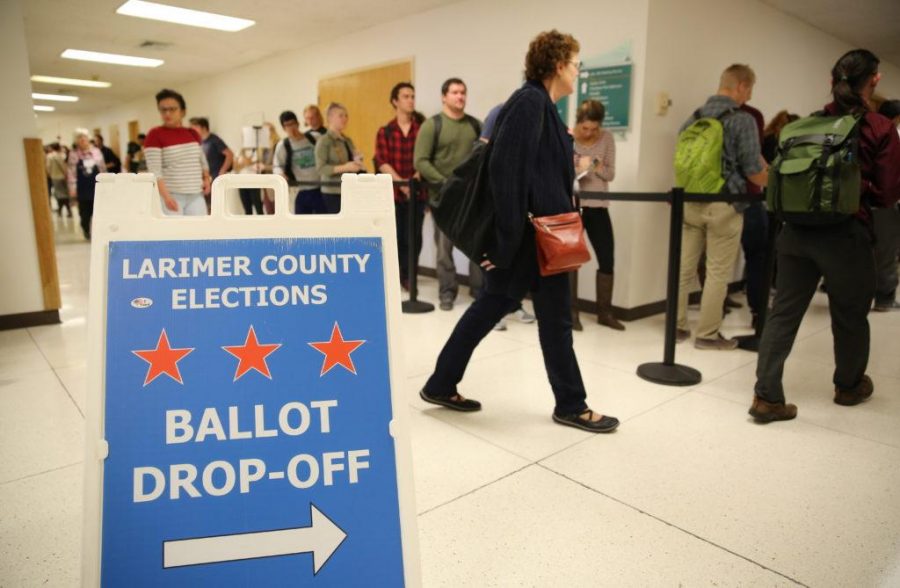 Signs showing where and how to vote in Larimer county are seen at the Lory Student Center Nov. 8, 2016. (Forrest Czarnecki | Collegian)

I think the student vote is intentionally stifled.

After Tuesday’s Larimer County Coordinated Election I heard classmates and coworkers full of shame – they hadn’t voted. I find it interesting that the ballot boxes are inconveniently located for most students. The boxes were at Larimer county courthouse, the Loveland vehicle licensing branch office, the Estes park vehicle licensing branch office, some King Soopers, and Safeway, but nothing on campus. None of these locations are within walking distance from campus. Voters do have the opportunity to mail in their ballots but, because students are constantly moving, it’s unlikely that students’ voter registration is updated.

It feels odd to me that there are not ballot boxes on campus. At Colorado State University, more than 5,000 students are living on campus. It’s a huge concentration of busy and car-less people. In last spring’s municipal election, the precincts that are on CSU’s campus had a voter turnout of only around 6 percent. It’s true that municipal elections have a significantly lower voter turn-out than fall elections, but the campus’ 6 percent turnout is significantly lower than the City’s average 28 percent turnout.

The percent turnout is based off of registered voters, so I’m not willing to buy the idea that students are simply uninterested in voting – they’re registered.

I also find it interesting that there weren’t any politicians on campus leading up to the election. Perhaps politicians and campaigners find college campuses to be a lost cause, but I think it becomes a self-fulfilling prophecy. If you don’t focus on students because you don’t anticipate they’re going to vote, then they probably won’t vote.

As long as local politicians and campaigns disenfranchise student voters by not providing ballot boxes, information or engagement, the student voice will be stifled.