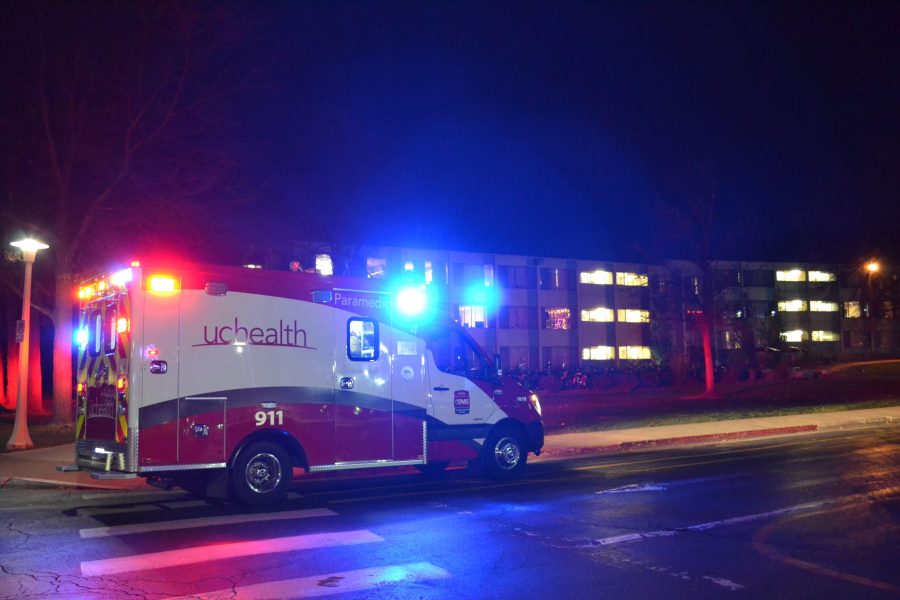 An ambulance parked outside of Newsom Hall after a medical incident occurred on Oct. 31 at around 11pm. (Matt Tackett | Collegian)

In times of medical emergency, the only priority should be health and safety. Unfortunately, due to the broken healthcare system in this country, Americans often find themselves worrying excessively over something else: Cost.

It’s no secret that medical bills can pile up and bury a person in debt for the rest of their lives. This has been a focus of much debate and activism. However, there is one form of cost that has slipped under the radar of activism: Ambulance fees.

I have been painfully aware of this for some time – so much so that when I needed an emergency surgery, I waited 6 hours for a friend to get off of work rather than call an ambulance. As a result I had to be rushed into surgery with a dangerous combination of drugs and anesthesia, because there simply wasn’t time.

I was so panicked about calling an ambulance because I knew that there was no regulation for insurers – except for Medicare and Medicaid – to cover ambulatory fees, and the costs of ambulances is extraordinary. For ground transportation, it costs around $2500 as a base fee, with an additional fee of $160 per mile. This cost varies by state and by provider. These costs are just for transportation, and they do not include any medical assistance rendered on the ride.

Nowhere in the country are private insurers required to provide coverage of medically necessary ambulance fees.

Medicare and Medicaid will, but only if it is deemed the only possible form of transportation – something a person can’t know until after they’ve already called the ambulance. Furthermore, ambulance fees are only covered to the nearest hospital, regardless of if that hospital takes the patient’s insurance.

While limiting ambulance coverage makes sense to stop people from abusing the service, limiting it so much that people are afraid to call one is only harming health.

This is further compounded by the fact that ambulance services – air and ground – are mostly privately operated, allowing the companies to charge whatever they want, and attempts to stop them from gouging insurers and patients have been met with a capitalist and inhumane response.

This shows the importance of being cautious when solving this problem, and it shows the danger of privatized medicine. To solve this problem entirely would require an overhaul of the health system as we know it. For example, in Canada, a country with universal healthcare, an out-of-country visitor would pay a maximum of $530 for ambulance transportation even without any insurance. This maximum fee is in Manitoba, a sparsely populated province. Areas with more population charge much less, and Yukon charges nothing at all no matter what.

However, in the current situation, a complete overhaul of healthcare and an institution of a universal plan are exceedingly unlikely. Therefore lawmakers need to work within the confines of the system to stop this cost from hitting constituents.

Local governments, however, can do something.

State governments can put mandates on health insurance companies, requiring that they cover certain things. This was a major feature of the Affordable Care Act, reducing barebones plans to ensure that everyone with health insurance can have basic coverage. Ambulance coverage is not currently mandated, but it could be by the state.

If the state legislature in Colorado mandated insurers cover medically necessary ambulances, then insurance companies operating in Colorado would have to cover it. The cost on insurers wouldn’t even be that extreme – compared to other health bills, a few thousand dollars for an ambulance doesn’t seem like much. But to a citizen, especially a low-income citizen, a bill like that could force them into bankruptcy.

Activists should take note of these issues and not let them fall under the radar. In a time when the federal government will not support healthcare, the people need to put pressure on the states to step up and make humanitarian legislation that ensures everybody can access care without going bankrupt.

Nobody should be put in a situation where a fear of costs prevents them from getting to the hospital in time to save their life.