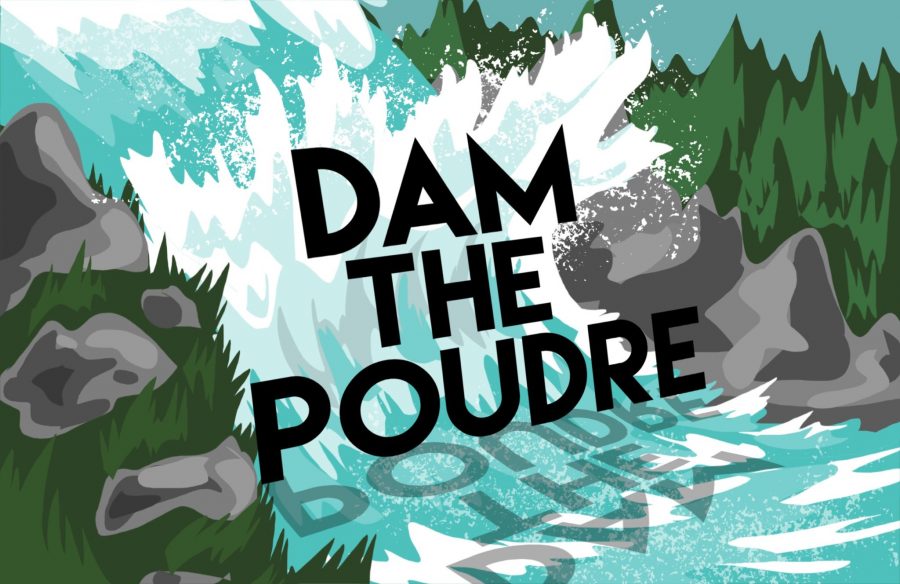 Editor’s Note: All opinion section content reflects the views of the individual author only and does not represent a stance taken by the Collegian or its editorial board. A correction was made to the previous column in an effort not to over-generalize the NISP project. While dams would be built to create the reservoirs, the river would not directly be dammed, rather have flows redirected to fill the reservoir.

Dam the Cache La Poudre, for all of us.

The Northern Integrated Supply Project (NISP) has been in the works for over a decade. It is not a dam, as the stickers sold in opposition of the project would have you believe. The controversial project is aimed to add two new reservoirs in multiple locations along the Cache La Poudre and South Platte Rivers, including one near the Poudre Rivers exit from the Poudre Canyon north of Fort Collins. The Army Corps of Engineers has released several environmental plans in relation to NISP, working to find a way to mitigate potential damage to the river and its associated wildlife. One group, Save the Poudre, has been advocating loudly against the project.

Reasons for their protest include an already strained river and potential risk to wildlife. This situation is complex, because Save the Poudre is not wrong. The installation of reservoirs, fed by siphoning water from the rivers in high flow season, could quite possibly have a devastating impact. This is not a new idea however and has been successfully implemented in the past, Horsetooth Reservoir is fed with water redirected from the Big Thompson river. With that being said, we need this project in order to support a rapidly growing population.

It’s easy to overlook the possibility of a water crisis in Northern Colorado, every spring, water lines rise again, but trouble can be seen a bit further off in the future. Just as every spring we see the water rise, fall and winter bring the opposite and the river’s flow diminishes dramatically. The natural cycle of things does not in itself present an issue. The problem is due to our population growth.

Fort Collins is already the fourth largest city in Colorado, and in 2014 was the 14th fastest growing metropolitan area in the country. In 2015 we moved up to the 10th fastest growing metropolitan area, showing 2.7% growth according to census data. Greeley, which is also dependent on water from the Poudre, was sixth on the same list. This population boom can in many ways be seen as a blessing. Work opportunities in the energy industry among others combined with the successful growth of Colorado State University to draw in much of this population. Aiding this population growth is the fact that Fort Collins has been ranked as one of the top places to live in America several times.

This growth has already begun to bring problems to the area. Housing costs have been steadily increasing and solutions have been proposed to help solve that issue. What we have yet to successfully address is the risk of running out of water. This project aims to serve not only Fort Collins a total of 30 cities and towns in the northern front range and fifteen local water providers are a part of the project. Part of why so many water providers are on board is that ours isn’t the only community growing.

As the population increases, so does housing construction. We siphon more and more water out of our ready supply. Make no mistake our supply can be exhausted. The strain we currently put on our water supply should grow along with our population. As in-home water use increases, so does the agricultural need, working to help feed our expanding population. The time to take actions to secure our access to water in the future is now.

In order to plan for our future, we must ensure all residents, old and new, have access to water.  While the project is in no way adequate in environmental considerations, we need to keep our eyes to the future of a burgeoning city. We may not need these reservoirs now, but we will if we expect to thrive into the next century.

Rather than fighting this growth, we need to be figuring out how to support it without sacrificing our environmental values and resources. Save the Poudre is right, the river is in danger, but protecting it shouldn’t come at the cost of our city’s ability to grow and flourish.

Columnist Tyler Weston can be reached at letters@collegian.com.